The Turkish leader arrived in the Black Sea resort of Sochi on Friday. The meeting, branded by Guardian journalist Andrew Roth as “secretive”, lasted for around four hours after Erdogan arrived in the southern Russian city.

Wrapping up talks for the day, the two leaders reaffirmed their “cooperation” in a number of areas.

This includes working against terror groups in Syria, and tightening trade links, according to a joint statement.

But the ongoing Russian invasion of Ukraine is thought to also feature on the agenda.

Putin told Russian state television: “I hope that today we can sign a memorandum on strengthening our economic and trade ties.” 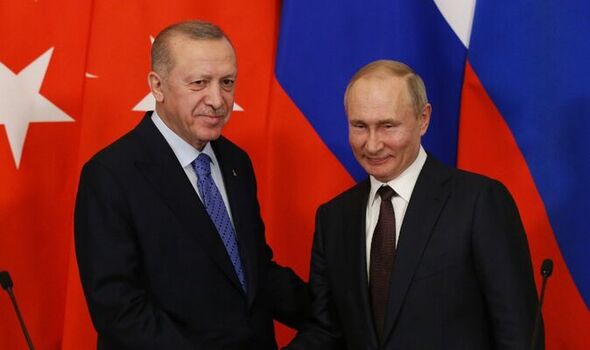 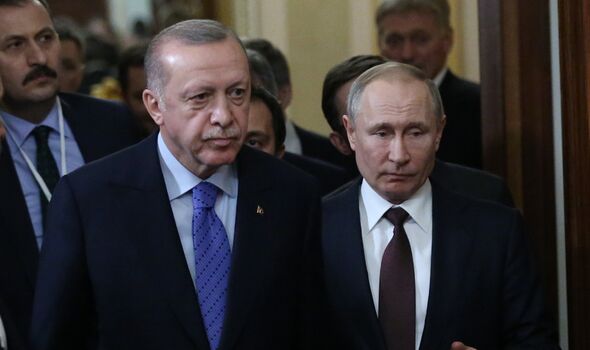 President Erdogan said that prior discussions between Turkey and Russia on topics of trade and politics had been fruitful.

Speaking on Turkish television, Erdogan commented: “Our meeting will be completed and open a very different page in Turkey-Russia relations.”

At the end of last month, Turkey announced a deal had been reached between Russia and Ukraine to allow grain exports to pass through the Black Sea.

Ukraine and Russia are among the world’s biggest exports of grain, and a shortage of exports since the Russian invasion in February had prompted fears of starvation across the globe. 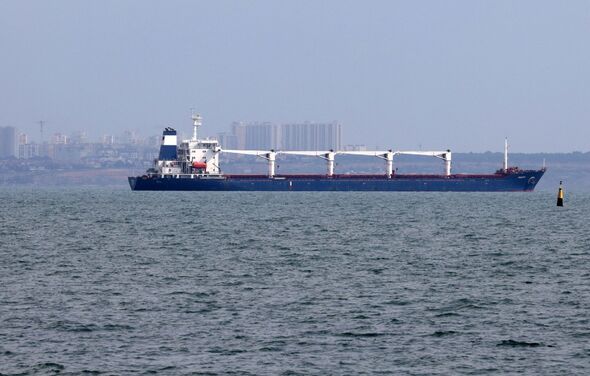 The deal was signed by Kyiv, Moscow, Ankara and the UN’s Secretary General, Antonio Guterres, in Istanbul.

Although welcomed, the US placed the blame squarely on Moscow’s shoulders.

A US State Department spokesperson said: “We should never have been in this position in the first place.

“This was a deliberate decision on the part of the Russian Federation to weaponise food.”

DON’T MISS:
Ukraine LIVE: ‘Problem’ Putin recruits prisoners- THIRD of army lost [LIVE]
POLL: Should the US back down in Taiwan? [VOTE]
China vs Taiwan MAPPED: Was Taiwan ever part of China? [MAP] 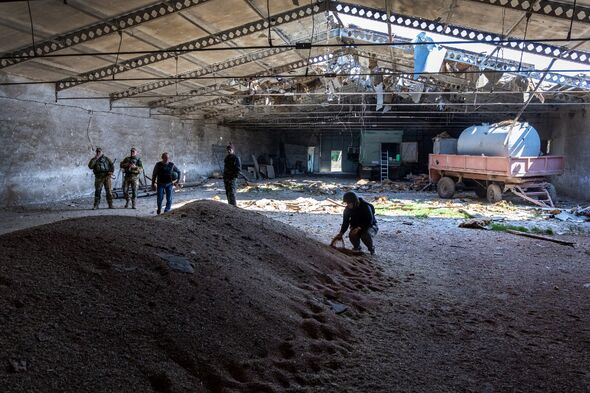 Several ships have since left Ukrainian ports, and Putin used Friday’s meeting in Sochi to attribute the praise to Ankara.

He told Erdogan: “Thanks to your direct involvement and the mediation of the UN Secretariat, the problem of Ukrainian grain deliveries from the Black Sea ports has been resolved.

“Deliveries have already started, and I would like to thank you for that.”

He then added: “European partners should be grateful to Turkey because it ensures the uninterrupted transit of Russian gas.”

Taras Vysotskiy said Kyiv hoped to increase grain shipments from the Black Sea ports up to 3.5 million tonnes in September.

Just one million tonnes is expected to depart from Ukraine’s sea ports in August.

Three ships left the harbours on Friday, heading to the UK, Ireland and Turkey.

They were accompanied by Ukrainian vessels to safely navigate passage through the mined coastlines.