Andrey Gurulyov, a leading ally of Vladimir Putin, has bizarrely defended footage of Russians showing up their military mobilisation drunk. Clips shared in the past week on social media have seen newly-mobilised Russians brawl with each other or stagger drunk onto airport tarmacs. Mr Gurulyov refused to condemn the footage and instead insisted that Russian soldiers recruited into the military are “never” sober.

Mr Gurulyov, who is a State Duma deputy, formerly served as deputy commander of the Southern Military District.

Speaking on the Russian state-media channel Russia-1, he said: “Naturally they’re all a bit tipsy, to put it mildly.

“Then some say, ‘Can you imagine, they arrived drunk!’ I say, ‘Listen, oh please, come on.’

“I’ve seen how they recruited in Chechnya 1 and 2, how we called in reservists to training camps.”

JUST IN: Russia’s Solovyov sighs in despair as campaign crumbling around Putin 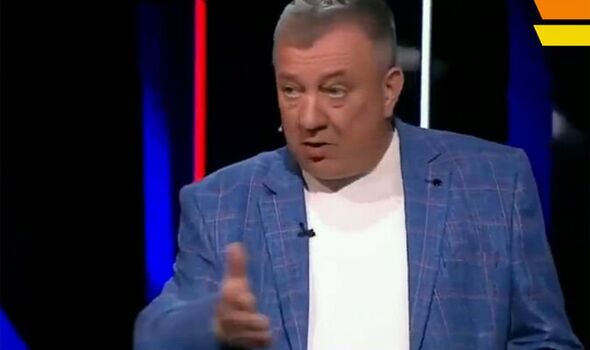 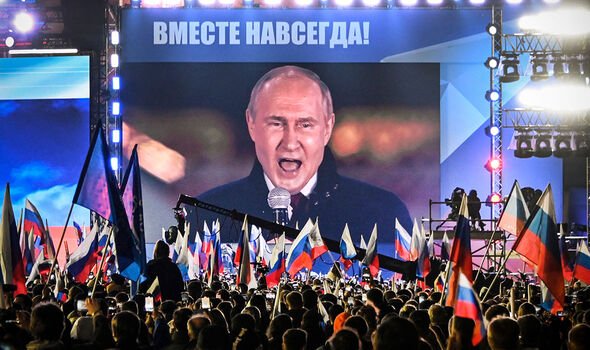 Mr Gurulyov added: “Never in my life have I seen any sober people there.

“It’s the truth, that’s how it’s always been in our country.”

This sparked some laughter from the panellists and audience on the politics programme.

The Russian MP continued: “You just have to maintain order, but they’re just shying away from them. 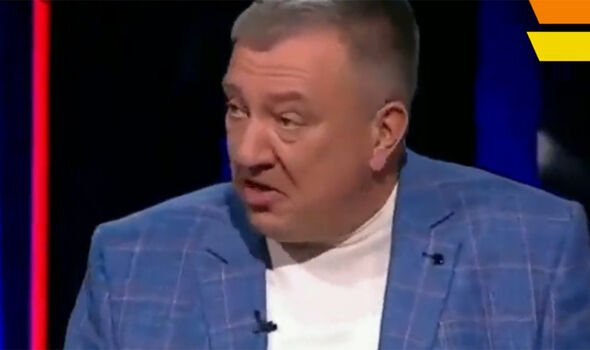 “Even those who are drunk happily sleep in their tents.

“They’ll sleep it off and go study military science. It’s always been this way, and always will be.”

Julia Davis, from the Daily Beast, shared a clip of the moment, adding: “After seeing videos of freshly-mobilized Russians—so drunk they could barely stand—many asked me whether it’s for real. 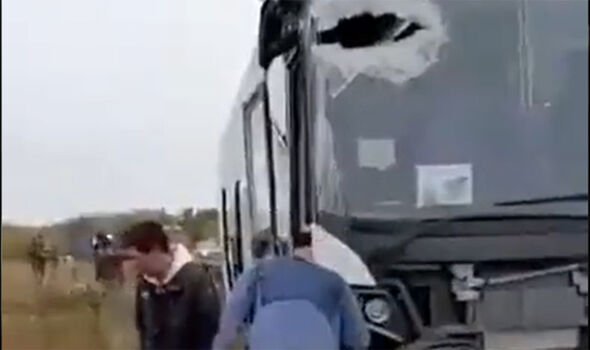 @BaderMoose reacted: “No wonder Ukraine is able to just push them out of the country!”

Earlier today, more footage of drunk conscripts appeared online after a bus with mobilized Russians got into an accident after one of the conscripts fell onto the driver.

On Thursday, President Putin even acknowledged that there had been “mistakes” in the mobilisation campaign in a rare admission from the Russian leader.

Thousands of Russians have been arrested following nationwide protests against the call-up while many men of military age have tried to flee the country to avoid the draft.

I will do what it takes and seize new-found freedoms outside EU
Putin could ‘starve’ developing nations to put pressure on the West
Military aircraft catches fire and explodes during landing in Crimea
Refugee, 22, will return to Ukraine after British lover ditched her
Ukraine troops raise flag over liberated Lyman – VIDEO