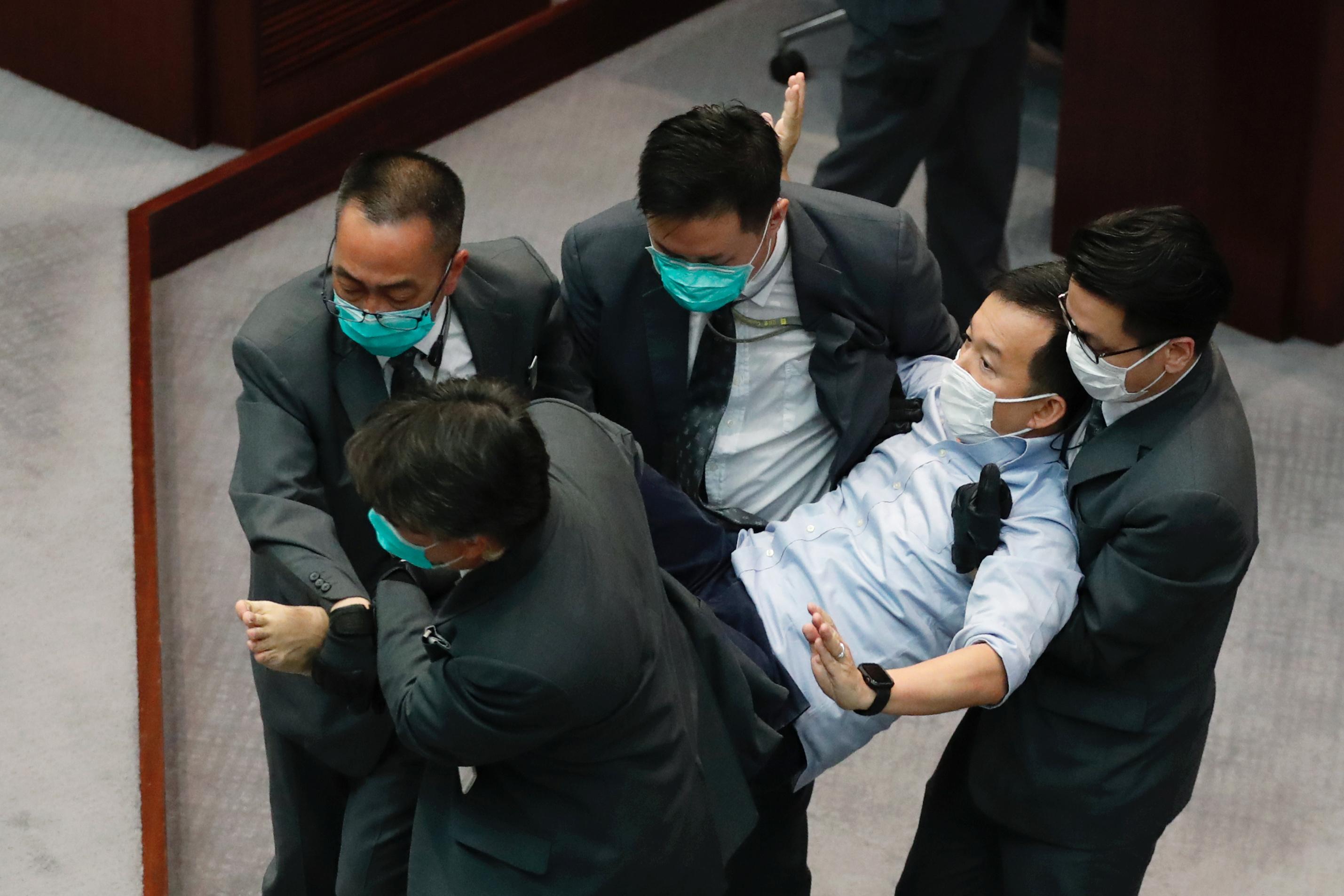 HONG KONG (Reuters) – Rival lawmakers scuffled in Hong Kong’s legislature on Friday in a row over electing the chairman of a key committee, a fresh sign of rising political tension as the coronavirus pandemic tapers off in the Chinese-ruled city.

Lawmakers shouted and pushed one another at the legislative council meeting. Pro-Beijing lawmakers scuffled with pro-democracy lawmakers, several clashing with guards seeking to eject a pro-Beijing lawmaker who attempted to chair the meeting in a move that democrats said violated procedure.

Beijing has accused the former British colony’s pro-democracy lawmakers of “malicious” filibustering to prevent some proposed bills from going to a final vote.