Pope Francis mistakenly invoked Vladimir Putin in his criticism of the West’s involvement in Afghanistan as an attempt by outsiders to impose democracy.

Francis, who was being interviewed on the radio, cited the Russian president while thinking he was actually quoting German Chancellor Angela Merkel. 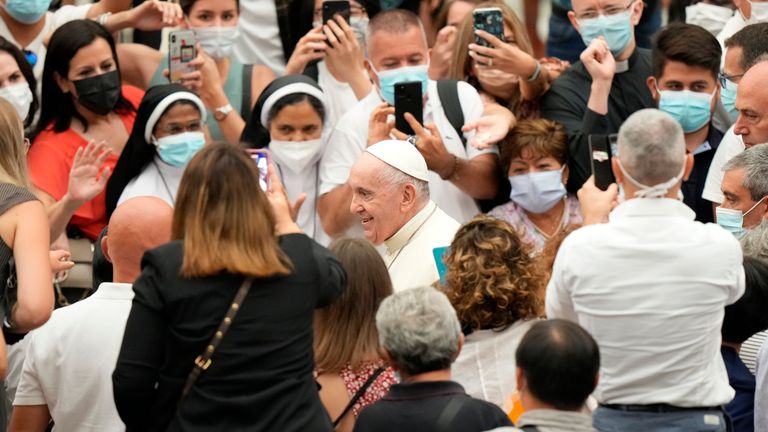 He had been asked about the future for Afghanistan after the US and its allies withdrew from the country, leaving the Taliban in control.

The Pope replied by saying he would quote Mrs Merkel, “one of the world’s greatest political figures”.

Using his own translation into Spanish, he said: “It’s necessary to stop the irresponsible policy of enforcing its own values on others and attempts to build democracy in other countries based on outside models without taking into account historic, ethnic and religious issues and fully ignoring other people’s traditions.”

But the words were actually spoken by Mr Putin. The Russian president had been speaking about the West and Afghanistan during Mrs Merkel’s visit to Moscow on 20 August.

The Pope’s interview with Spain’s Cadena COPE was recorded last week, but it was aired on Wednesday.

The radio station, owned by Spain’s Catholic bishops’ conference, said the pontiff had vetted the content before its release. 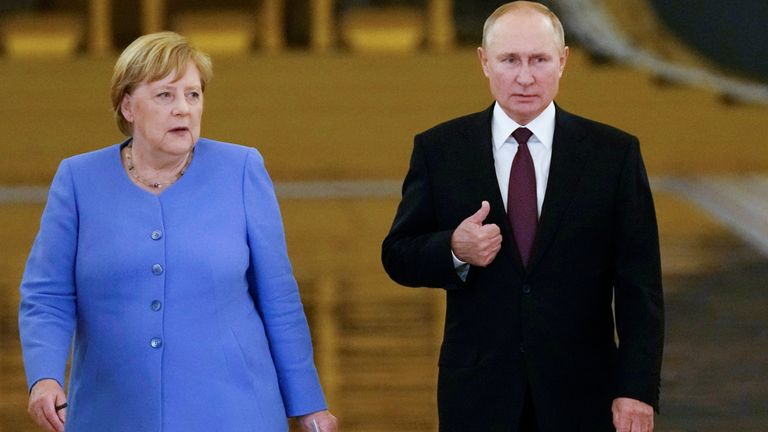 The Pope also said that “all eventualities were not taken into account” in the West’s withdrawal from Afghanistan.

“I don’t know if there will be any revision (of what happened during the withdrawal), but there was much deceiving from the new authorities (of Afghanistan),” he said.

“Either that or just too much ingenuity. Otherwise, I don’t understand.”

The Pope also spoke about his health, denying reports that he was considering stepping down ahead of his 85th birthday in December.

He said: “I don’t know where they got it from last week that I was going to resign… it didn’t even cross my mind.”