NEW YORK (Reuters) – U.S. Secretary of State Mike Pompeo pushed the U.N. Security Council on Tuesday to extend an arms embargo on Iran before it expires in October, prompting Russia to slam Washington’s policy toward Tehran as like “putting a knee” to the country’s neck. 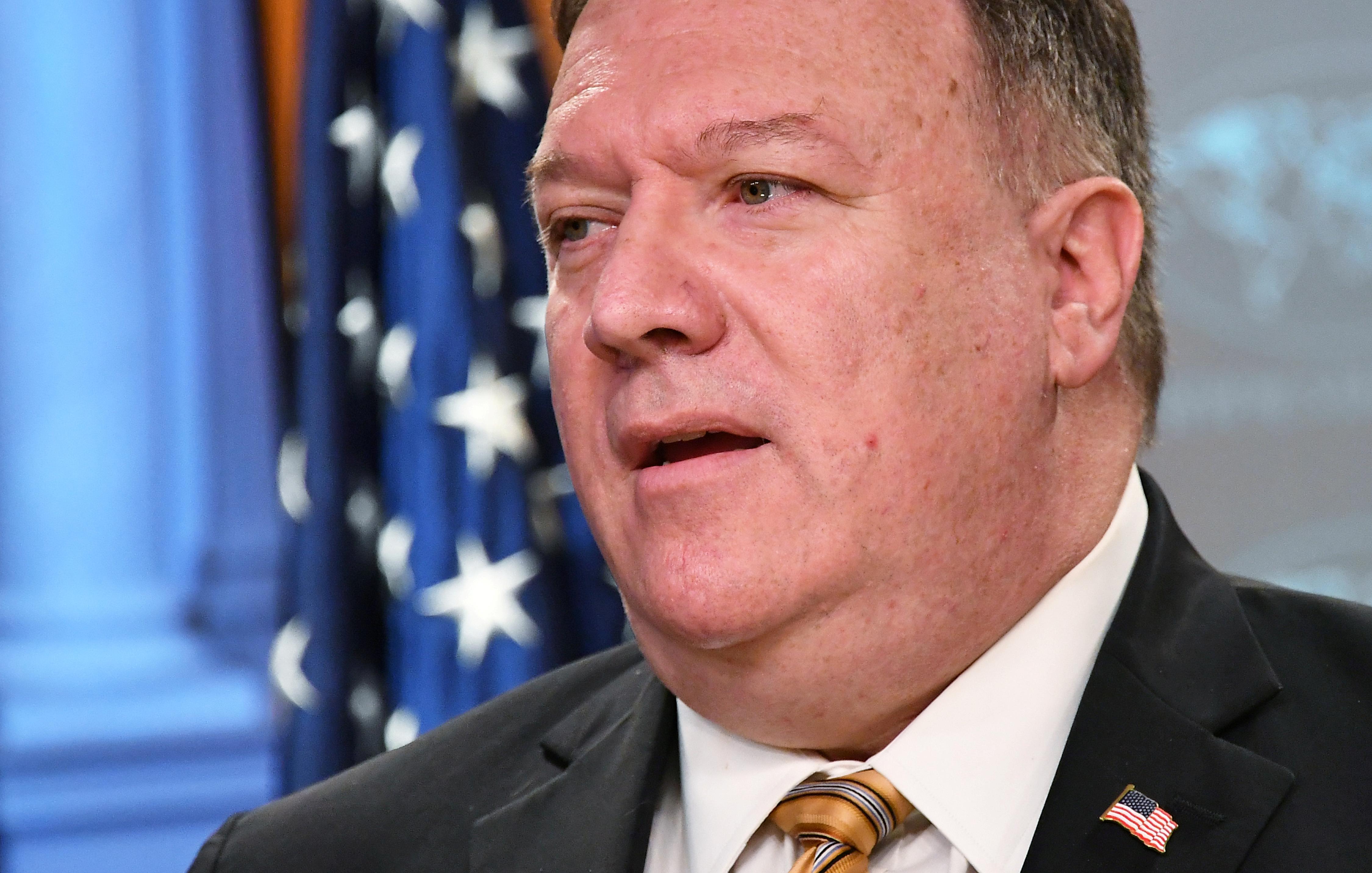 The United States has circulated a draft resolution to the 15-member council that would indefinitely extend the arms embargo on Tehran, but council veto-powers Russia and China have already signaled their opposition to the move.

“Don’t just take it from the United States, listen to countries in the region. From Israel to the Gulf, countries in the Middle East – who are most exposed to Iran’s predations – are speaking with one voice: Extend the arms embargo,” Pompeo told a virtual Security Council meeting.

U.S. President Donald Trump’s administration has long argued that the arms embargo on Iran should not be lifted. The arms embargo is set to end in mid-October under Tehran’s 2015 nuclear deal with Britain, Germany, France, China, Russia and the administration of Trump’s predecessor, Barack Obama.

Since Trump took office in 2017, his administration has quit the nuclear deal and steadily ramped up sanctions on Iran in what Washington describes as a maximum-pressure approach.

“The task is to achieve regime change or create a situation where Iran literally wouldn’t be able to breath. This is like putting a knee to one’s neck,” he said in a veiled reference to the death of a Black man in Minneapolis after a white police officer knelt on his neck. The death of George Floyd sparked protests across the United States and around the world.

‘LAW OF THE JUNGLE’

The Security Council was meeting on Tuesday to discuss a report by U.N. Secretary-General Antonio Guterres that determined that cruise missiles used in several attacks on oil facilities and an international airport in Saudi Arabia last year were of “Iranian origin.”

If Washington is unsuccessful in extending the arms embargo, it has threatened to trigger at the Security Council a return of all U.N. sanctions on Iran under the nuclear deal, even though it left the accord in 2018. Diplomats say Washington would face a tough, messy battle.

Iran has breached parts of the nuclear deal in response to the U.S. withdrawal and Washington’s reimposition of sanctions.

U.N. political affairs and peacebuilding chief Rosemary DiCarlo said the nuclear deal was crucial to regional and international security, adding: “It is therefore regrettable that the future of this agreement is in doubt.”

Britain, France and Germany all expressed concern to the council that lifting the arms embargo on Iran would have major implications for regional security and stability. However, they also said they would not back U.S. efforts to unilaterally trigger a return of all U.N. sanctions on Iran.

Iran’s Foreign Minister Mohammad Javad Zarif said: “The international community in general — and the U.N. Security Council in particular — are facing an important decision: Do we maintain respect for the rule of law, or do we return to the law of the jungle by surrendering to the whims of an outlaw bully?”

(This story has been refiled to delete extraneous “a” in 7th paragraph).