The ban could cause tension between military leaders and Trump, who supports keeping Confederate names on bases. 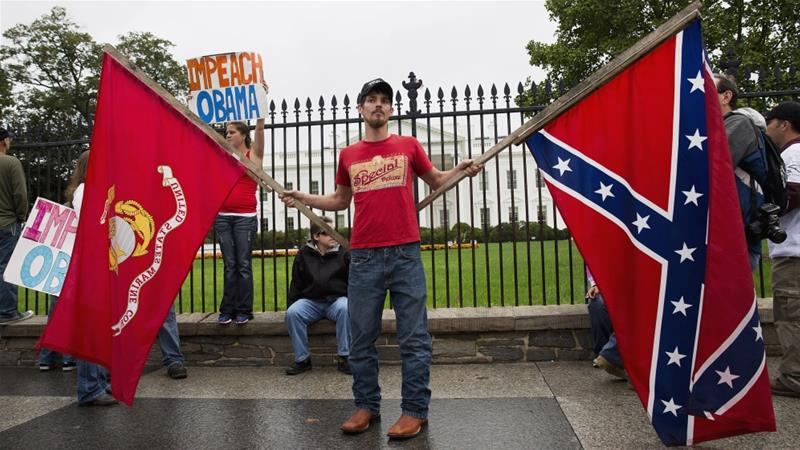 Secretary of Defense Mark Esper has issued a policy ushering in a de facto ban on displaying the Confederate flag at United States military installations around the world by authorising only certain flags that promote unity, according to a copy of his memo, seen by Reuters news agency on Friday.

The decision could increase tension between Esper and Republican President Donald Trump, who has cited free speech rights in his defence of Americans who fly the Confederate flag.

“The flags we fly must accord with the military imperatives of good order and discipline, treating all our people with dignity and respect, and rejecting divisive symbols,” Esper said in the memo.

The Confederate flag was flown by breakaway Southern states that advocated for the continuation of slavery that lost the US Civil War, which lasted from 1861 to 1865.

Flying the flag can be offensive to many in the US, who see it as a reminder of the enslavement of Black Americans and as a symbol of white supremacy.

Supporters say the flag represents the South’s heritage and culture and, along with US military bases named after Confederate generals and statues honouring them, serve as memorials to Confederate casualties in the Civil War.

Trump, who has been accused of intentionally stoking racial tensions as part of his re-election campaign, has criticised the desecration and removal of statues of Confederate and other former US leaders to energise his political base

Trump has also publicly opposed renaming US military bases named after Confederate generals, such as Fort Hood in Texas and Fort Bragg in North Carolina, putting him at odds with his military, whose top general has said the matter should be re-examined.

A defence official, speaking on condition of anonymity, told Reuters the White House was aware of Esper’s memo.

Esper also clashed with Trump last month by publicly opposing the deployment of active-duty troops to address civil unrest across the country following the May 25 killing of George Floyd, an African American, by a white police officer in Minneapolis.

Beyond the American flag, Esper’s memorandum cites a series of flags that can be flown on military installations, including state flags and ones to honour prisoners of war and service members who went missing in action. 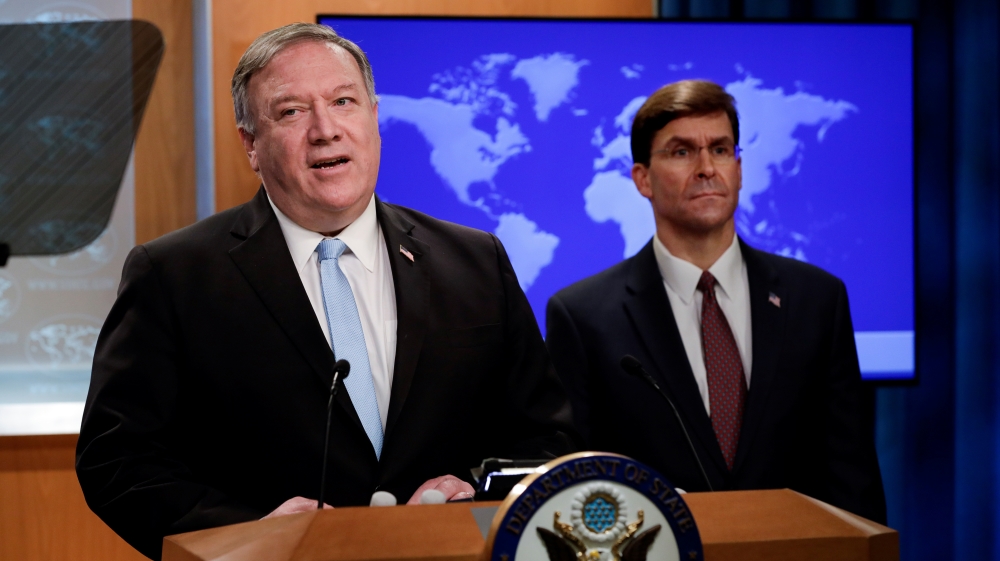 The reason it does not cite the Confederate flag explicitly was to ensure it could withstand challenges, the defence official said.

“The decision to not name a specific prohibited flag was to ensure the department-wide policy would be apolitical and withstand potential free speech political challenges,” the official said.

Most US military services, including the Marine Corps, have already banned the display of Confederate flags, but Esper’s memorandum is department-wide and will affect military installations around the world.