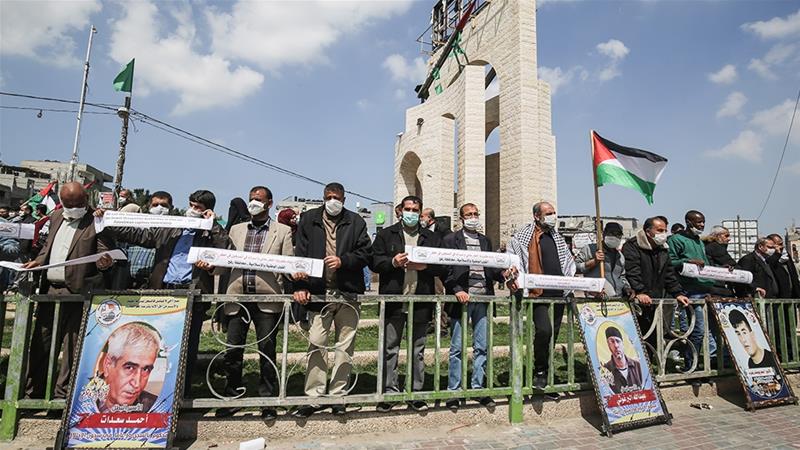 The Commission for Prisoners Affairs at the Palestinian Liberation Organisation (PLO) has called on the United Nations to urge Israeli authorities to release Palestinian detainees held in Israeli jail amid fears of the spread of the coronavirus.

The head of the commission, Qadri Abu Bakr, was quoted by local media as saying the UN is “aware that Israeli jails are among the most crowded in the world”.

“They [Israeli jails] lack the minimum health and safety conditions – creating an environment for the spread of the coronavirus,” Abu Bakr said.

The call came after Israel’s Public Security Minister Gilad Erdan last week ordered the release of some 500 Israeli prisoners who have been placed under house arrest.

According to the Palestinian Prisoners Club, at least four Palestinian prisoners in an Israeli prison have tested positive for COVID-19.

Prisoners have threatened to launch a hunger strike if measures to protect them against the virus are not implemented.

According to official statistics, the number of Palestinian prisoners behind bars has reached 5,000, including 180 children and 43 women. Some 430 are under administrative detainees, a procedure which allows Israel to imprison them without charge or trial for an indefinite period.

Rights groups say dozens are in need of medical care, with many suffering from serious or chronic illnesses.

Many Palestinian prisoners say they have been subject to torture and violence while in custody. There have been many protests against poor conditions in recent years, including several hunger strikes.

Many prisoners also suffer from medical negligence in jails. Prisoners must pay for their own medical treatment, and are not provided with adequate healthcare.

Al Jazeera previously reported that many are given pain killers as medication and a solution to chronic illness.

There are a handful of countries that have released prisoners in an attempt to curb the spread of the highly infectious novel coronavirus, including Iran and the United States.

Meanwhile, Turkey is working on passing legislation to facilitate the early release of some 100,000 prisoners.