OSTROG, Montenegro (Reuters) – Hundreds of Serbian Orthodox pilgrims used hand sanitiser and wore face masks as they entered the Ostrog Monastery on Tuesday, although some flouted social distancing rules designed to tackle the coronavirus and many kissed the same holy relics and cross. 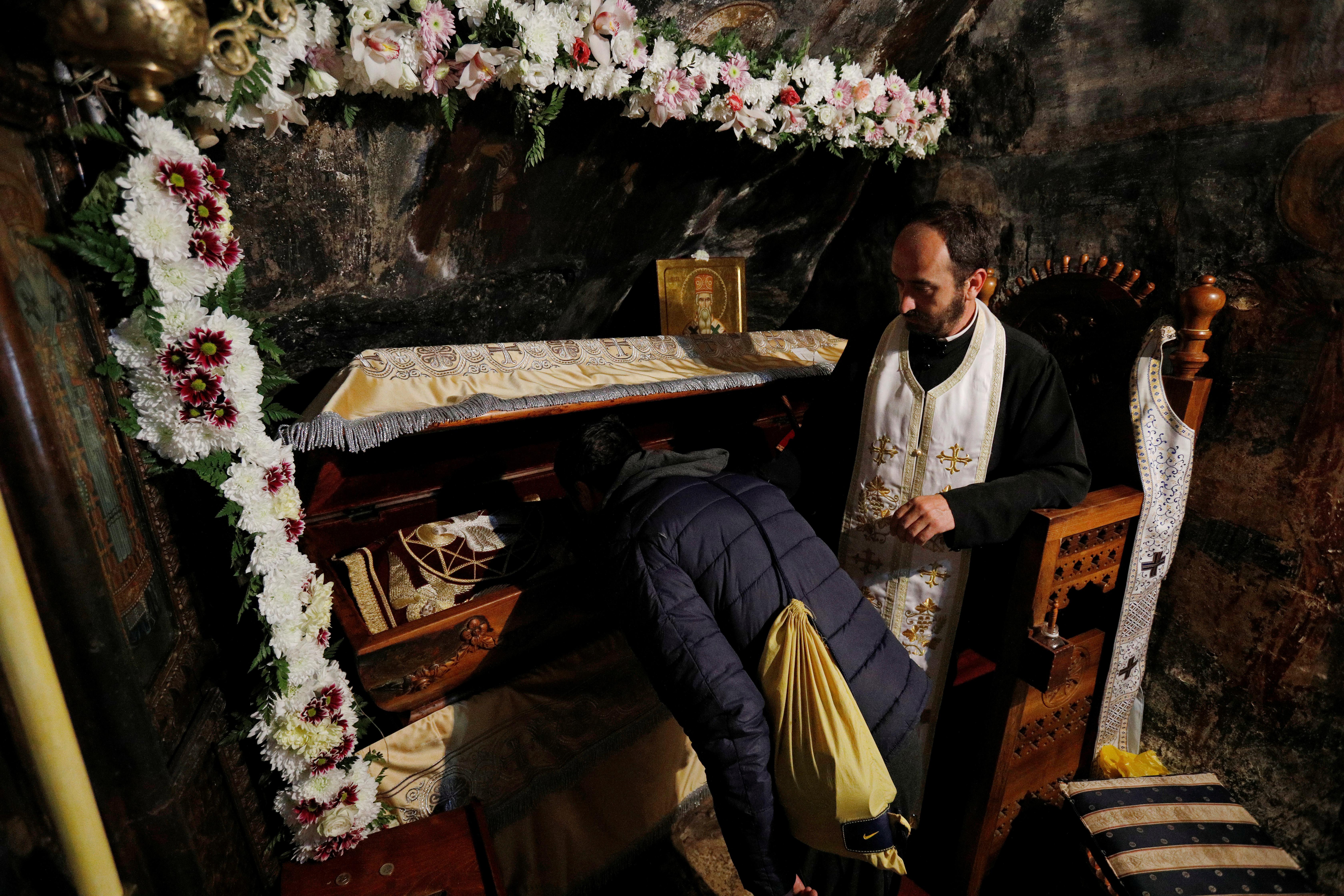 The pilgrimage marks the Day of St Vasilije Ostroski the Miracle Maker, a 17th century bishop after whom the monastery, perched high on a cliff near the capital Podgorica, is named.

It came after some restrictions on religious gatherings in Montenegro were eased, though recommendations limiting the number of people in one site and keeping people at least two metres apart remain in place.

The assistant director of the Institute for Public Health, Senad Begić, told state RTCG TV that health authorities did not discuss religious processions specifically, but that “the ban on public gatherings remains in force.”

At the monastery’s gate, some but not all worshippers kept a distance from those around them as they waited in line for orderlies to hand them surgical masks and spray their hands with disinfectant.

The church, carved into a rockface, normally attracts much larger crowds on May 12, including hundreds of Serbian Orthodox followers from abroad, especially Serbia and Bosnia. But Montenegro’s borders remain closed, reducing numbers.

In his sermon, Metropolitan Amfilohije, the church’s most prominent cleric in Montenegro, described the pilgrimage and St. Vasilije Ostroski as “god’s vaccine”.

“It would be good if contemporary scientists invent the vaccine … but before it is found … there’s a vaccine here which has acted through the centuries,” Amfilohije added.

Ana Calic, a pensioner, said she was not afraid of catching the disease.

“Prayers and incense are saving everyone,” she told Reuters.

The monastery and the saint’s tomb attract Orthodox and Roman Catholic Christians and even some Muslims from the region, drawn by stories of miraculous healings.

Police and health inspectors were on hand to ensure rules were adhered to.

“The faithful are adhering to (sanitary) measures, they respect the (safety) distance,” said Dejan Stojovic, an local community police inspector from the nearby town of Danilovgrad.

The pilgrimage passed peacefully, despite months of tensions between the Serbian Orthodox Church and the government over a law passed in December allowing Montenegro to seize some religious property.

The church fears the law could be used to target its assets and status, while the government has accused Serbia and Russia, which are closely aligned with the church, of using it to undermine Montenegro’s independence.

The Serbian Orthodox Church is the largest Christian denomination in Montenegro, a tiny Balkan country of 620,000 people, a NATO member and a candidate to join the European Union.

The Church has about 12 million followers, mainly in Serbia, Bosnia, and Montenegro.

So far Montenegro has reported 324 cases of the coronavirus and nine deaths, lower than its neighbour where dozens, and in some cases hundreds of people have died from COVID-19, the related disease.