Ukraine is reeling after a storm of “barbaric” Russian missile strikes hit the city of Kharkiv, causing damage to buildings and a series of huge fires. The shelling occurred overnight in the region which has become a key strategic target for Moscow’s invading troops. Startling video captured towering flames tearing through the rubble of damaged buildings as emergency service workers grappled to rescue survivors of the attack. Ukrainian authorities blamed “Russian beasts” for the fatal attack which is understood to have killed at least six people.

A video of the aftermath was posted by Ukraine’s Department of Defence, detailing missile strikes against Kharkiv throughout late Wednesday evening.

A statement accompanying the video read: “At least six dead and 16 injured as of 11pm.

“No amount of blood will satiate the Russian beasts.”

The attack was followed by further pre-dawn shelling of the area in the early hours of Thursday morning. 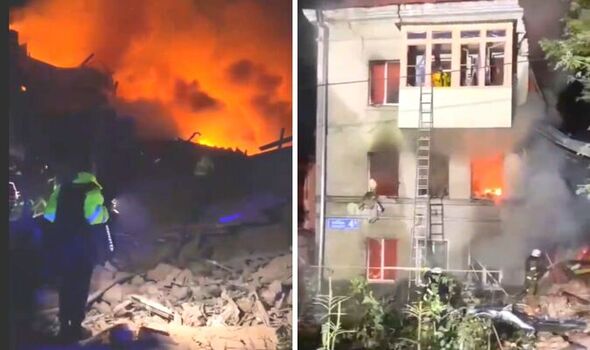 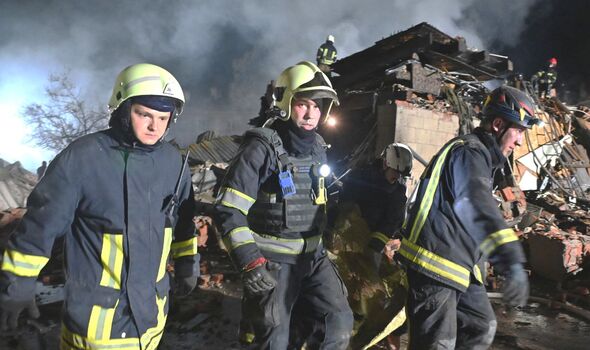 Additional attacks are understood to have killed at least one more person, bringing the total number of fatalities to at least seven within 24 hours.

In a statement on the Telegram messaging app, regional governor Oleh Synehuvov wrote: “Last night was one of the most tragic of the entire war in the Kharkiv region.”

Ukrainian President Volodymyr Zelensky said: “This is a devious and cynical strike on civilians with no justification, showing the powerlessness of the aggressor.” 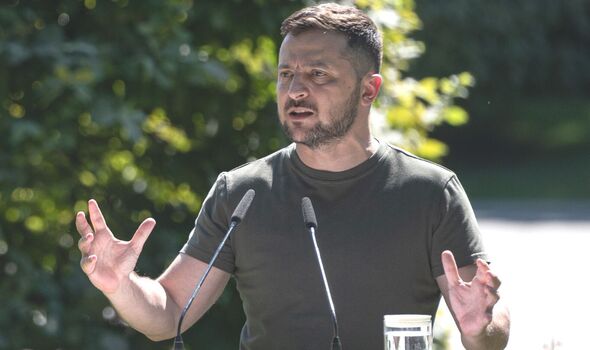 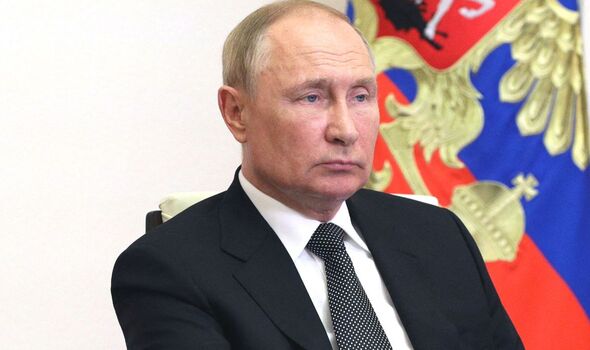 President Zelensky has vowed to strike back against the brutal actions of the Russian invaders, writing on Telegram: “We will not forgive, we will take revenge.”

Vice Prime Minister of Ukraine Mykhailo Fedorov posted a video clip of the attack in Kharkiv as he condemned Moscow’s violence.

He wrote: “A kind reminder that war in Ukraine hasn’t finished.

“Saltivka, a residential area in the city of Kharkiv right now, another cruise missile attack killed civil people and totally destroyed their homes.” 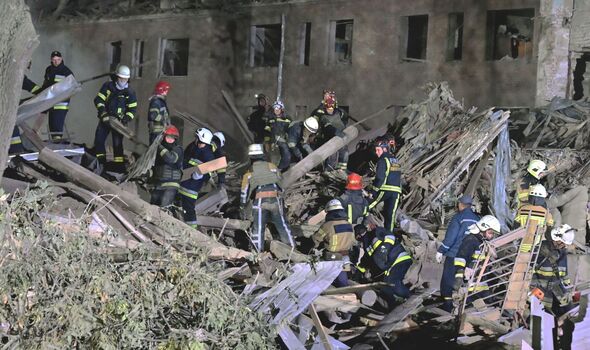 Kharkiv, as the second largest city in Ukraine, has been a Kremlin target since the early days of the war, but Russian troops have been unable to capture the region.

“In the cases we documented, Russian forces appeared to show little regard for civilian lives and the laws of war.”

The attack on Kharkiv came as the Russian-occupied region of Kherson has been battered by a series of strategic Ukrainian strikes which have destroyed resupply routes, straining Moscow’s military forces in the area.