Three bodies have been recovered and seven people are still missing after a landslide in Norway.

Rescue teams in the village of Ask, near Oslo, have yet to find any signs of life after the disaster tore down buildings in the area on Wednesday.

Two bodies were recovered from the rubble on Saturday after the first victim was found on Friday. Only a Dalmatian dog has been rescued alive so far. 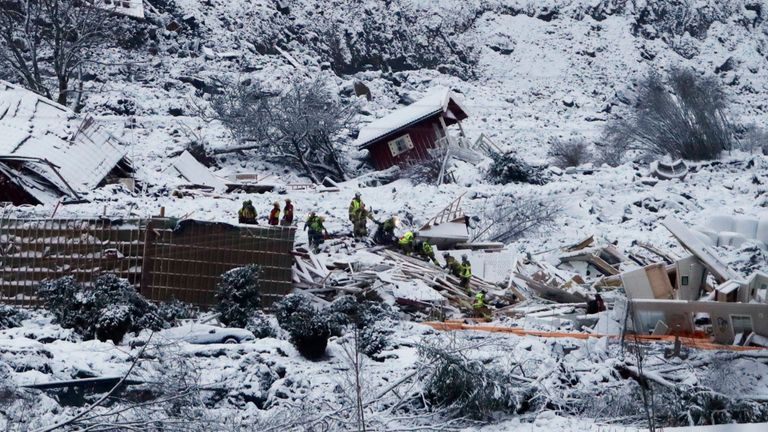 Search teams have used helicopters and heat-detecting drones to help them navigate the wintery conditions in an effort to recover bodies.

Norwegian Police have said they will not scale back the search, despite one rescue team from Sweden having already returned home.

Local police chief Ida Melbo Oeystese told reporters that it could still be possible to find survivors in air pockets created inside the destroyed buildings.

“Medically, you can survive for several days if you have air,” she said.

The landslide is the worst in Norway’s modern history, cutting across a road in the village and destroying at least nine buildings. 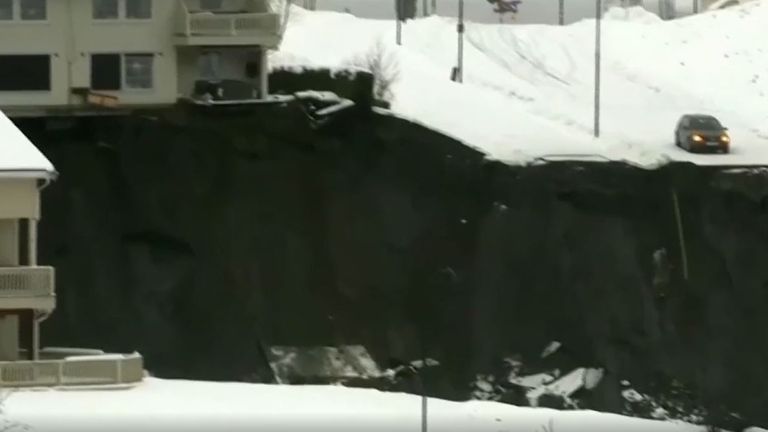 On Friday evening, Norwegian police published the names and ages of the 10 people reported missing, which included a two-year-old child.

Officials have not yet identified the recovered bodies.

More than 1,000 people have been forced to leave the village, with concerns a further 1,500 people may also be asked to leave amid fears of more landslides.

The search and rescue mission has been delayed by waning daylight hours and fears that more landslides may leave the ground unable to support the weight of the equipment being used to look for survivors.