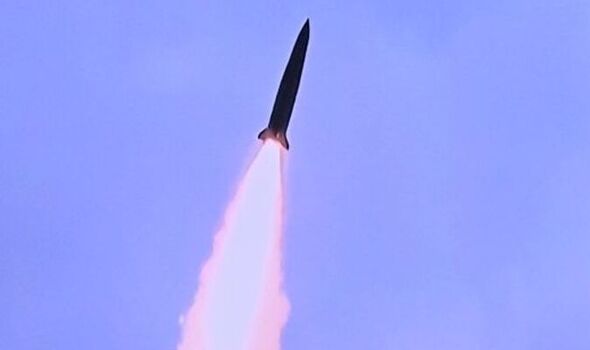 South Korea announced that North Korea has tested the intercontinental ballistic missile (ICBM), which is estimated to have flown for more than an hour before falling into the sea south of Japan.

North Korea tested such a weapon for the first time since 2017.

The UN has banned North Korea from testing ballistic and nuclear weapons.

Previously, the UN had imposed sanctions on the country for testing such missiles.

Japan’s Vice Defense Minister Makoto Oniki stated that the missile could be a “new type of ICBM,” because of the altitude it reached.

He added that it landed inside Japan’s Exclusive Economic Zone, 170km (106 miles) west of Cape Tappi, on the northern tip of Japan’s main island of Honshu.