New satellite imagery from North Korean chemical plants show a build-up in nuclear weapons activity, prompting global fears. Kim Jong-un appears to have been ramping up his country’s nuclear power in recent months, according to the latest satellite images. The new footage comes after a confidential UN report on Monday revealed that several unnamed nations agree that North Korea has “probably developed miniaturized nuclear devices to fit into the warheads of its ballistic missiles”.

Satellite imagery from the Center for Strategic & International Studies (CSIS) shows both activity and growth are on the rise at the Pyongsan Uranium Concentrate Plant.

The imagery indicates “North Korea’s capacity to grow their nuclear weapons program,” according to analysts.

“It produces uranium concentrate – the feedstock to fuel North Korea’s nuclear reactors from which they reprocess fissile material – both plutonium and uranium based for their nuclear weapons programs.” 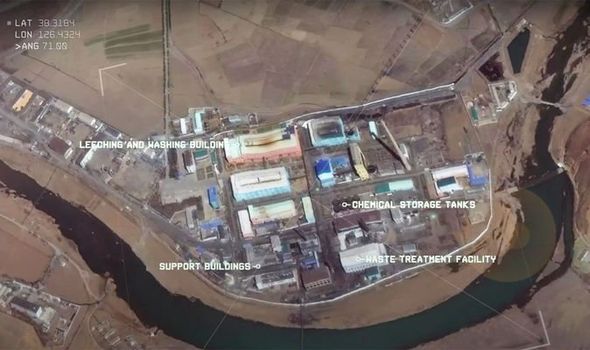 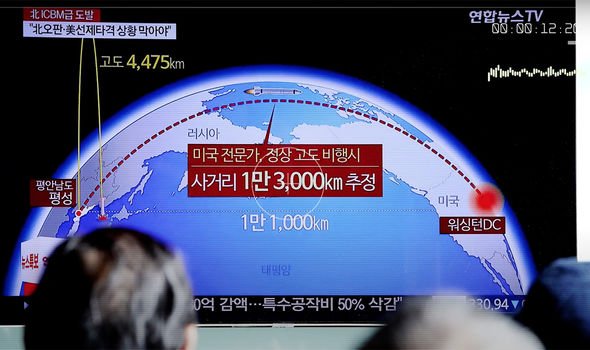 Dr Cha continued: “Our imagery shows that the Pyongsan facility is quite active and it appears to be growing in terms of its capacity, as well.

“At the main plant, some of the most notable activity has been the raising and construction of new facilities, the deterioration and replacement of roofs throughout the facility.

“Among the most notable activities seen are the expansion of tailings piles. Tailings piles are the rock that’s left over after you actually extract the ore that contains uranium in it.”

He added: “It’s hard to determine, based on the activity at this facility, how many nuclear weapons North Korea has. 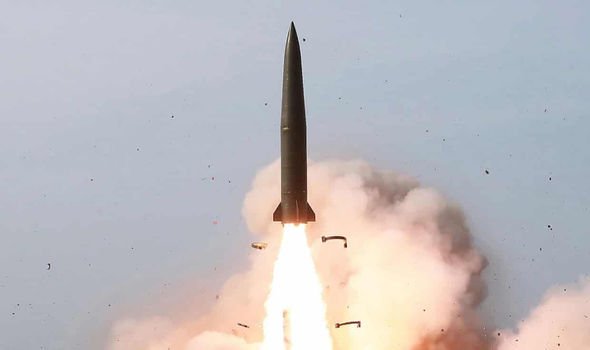 “What we do know from looking at this facility is that its activity tells us that nuclear fuel continues to be produced for these reactors, which only means that they have the capacity to expand their nuclear bombs rather than give them up.”

The confidential UN report suggests that North Korea already has the power to strike the US with nuclear weapons.

Major American cities are in range of Pyongyang’s nuclear arsenal, despite the efforts from President Donald Trump’s administration to denuclearise the Korean penisula. 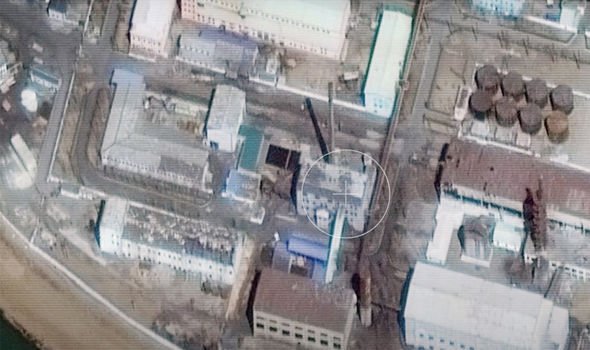 The report was submitted to the 15-member UN Security Council North Korea sanctions committee on Monday.

It noted that Pyongyang is still violating international sanctions and engaging in cyberattacks to secure much-needed funds.

Japan’s government arrived at a similar conclusion in its 2019, saying the regime’s military build-up posed a “real and imminent threat”.