Kim Jong-gil, a three-star general, was announced as the the new Strategic Force commander on the The Korean Central TV Broadcasting Station. He will replace General Kim Rak-gyom after being promoted to colonel general at a Central Military Commission meeting in May. The appointment comes after North Korea unveiled its new Hwasong-16 intercontinental ballistic missile at the Kim Il Sung Square in Pyongyang during the annual military parade.

Xu Tianran, an Analyst for Open Nuclear Network, warned this is capable of reaching any US city and killing 2.5 million people in seconds.

He told The Sun: “If this project is realised, it would further raise the threat level to the US.

“However, it does send a strong political signal, and reflects the leadership’s preference for an even larger weapon.

“It could probably reach the whole of the US with a very large, high yield nuclear warhead, or two or more warheads if the warheads are smaller and lighter.” 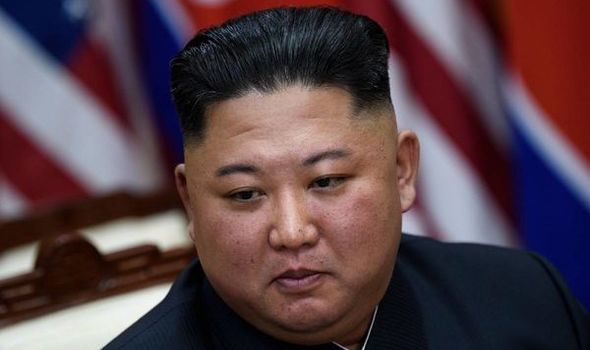 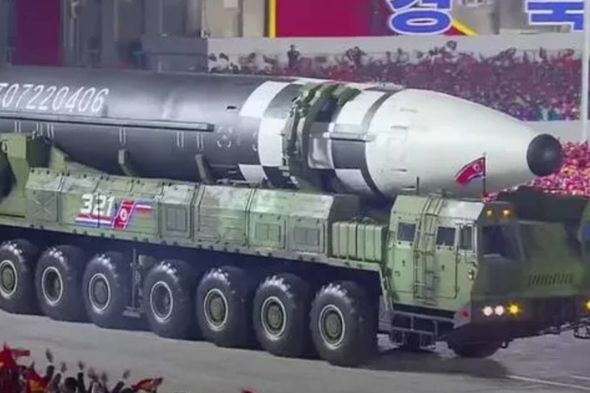 The missile is 26 metres high and is five metres larger than the American Peacemaker.

The new missile weapon is said to be the largest weapon that North Korea has made yet, according to analysts 38 North.

They said: “The new missile has been correctly characterised as the world’s largest mobile ICBM.

“But why would the North Korean’s need or want such a big missile?

“An unexpected ‘super heavy’ ICBM would be… a statement of North Korea’s technical prowess, the robustness of its ability to threaten the US, and the permanence of its nuclear weapons status.

“Another reason for having a bigger payload capacity is the desire to carry more RV-like decoys to spoof US missile defences.”

He said: “If the Hwasong-15 could carry a ‘super-large’ nuclear warhead to anywhere in the US, then the natural question is what can this larger missile carry?” 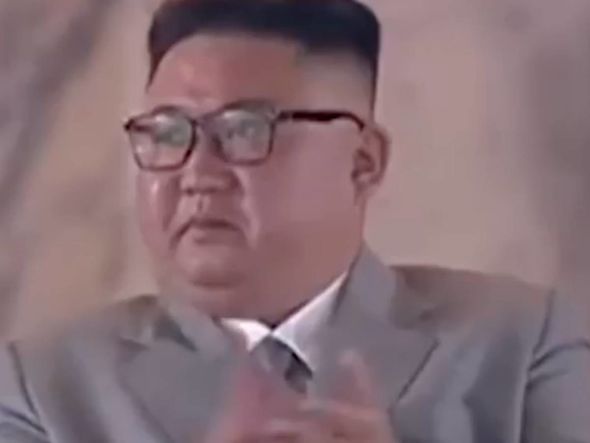 Bruce Klingner, a retired CIA North Korea analyst now at the Heritage Foundation, also said: “The clear message was that, counter to US claims, the North Korean nuclear threat has not been solved.”

Kim was also seen getting emotional during a speech during the military parade.

He was filmed removing his glasses and wiping away tears, before apologising for failing to guide the country through its struggles amid the coronavirus pandemic.

He said: “Our people have placed trust, as high as the sky and as deep as the sea, in me, but I have failed to always live up to it satisfactorily. 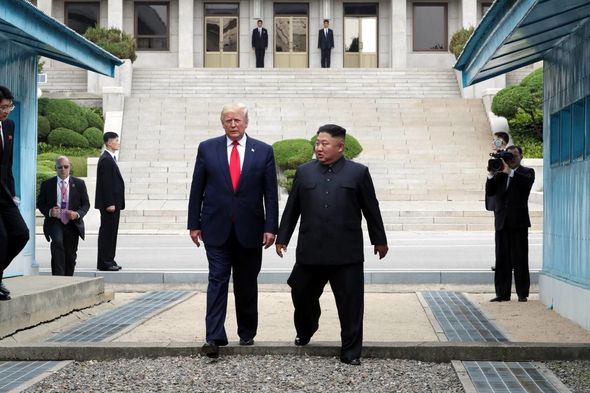 “I am really sorry for that.”

He also mentioned his predecessors, who are also his father and grandfather, as he spoke about his “important responsibility”.

He said: “Although I am entrusted with the important responsibility to lead this country upholding the cause of the great comrades Kim Il-sung and Kim Jong-il thanks to the trust of all the people, my efforts and sincerity have not been sufficient enough to rid our people of the difficulties in their lives.”