Home » World News » ‘No one is listening to her!’ Merkel shunned by EU allies as divisions deepen

German Chancellor Angela Merkel has already stepped down as leader of her party, and has also vowed to leave the chancellery in 2021. Mrs Merkel hoped her ally Annegret Kramp-Karrenbauer would stick around as new party leader to help secure her legacy. However, Ms Karrenbauer stepped down earlier this year, opening up the party’s leadership bid while plunging German politics into chaos. The leadership race has been delayed by the coronavirus pandemic, but the state of transition in Germany is also threatening Ms Merkel’s authority on the international stage. Worse, experts also warned it would lead to increased divisions in the EU.

Sebastian Maillard, director of the Jacques Delors Institute think tank, warned in October 2018: “Nobody is going to listen to her anymore in Europe. She has taken herself immediately out of the game.

“It’s a tough blow for Europe.”

Julian Rappolt, an analyst for the European Policy Centre, predicted at the time that few, if any, major decisions would be taken before the May elections for a new European Parliament in 2019.

He said: “Nothing will happen before the end of the year and probably nothing will take place until the European elections. 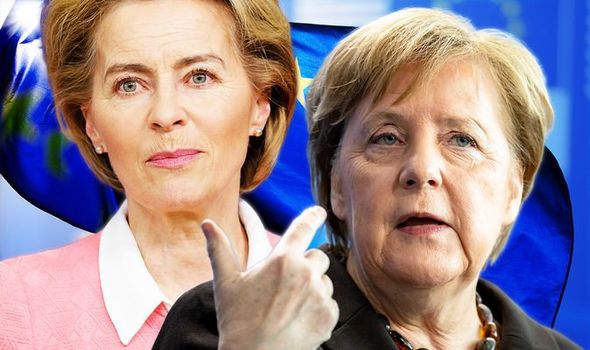 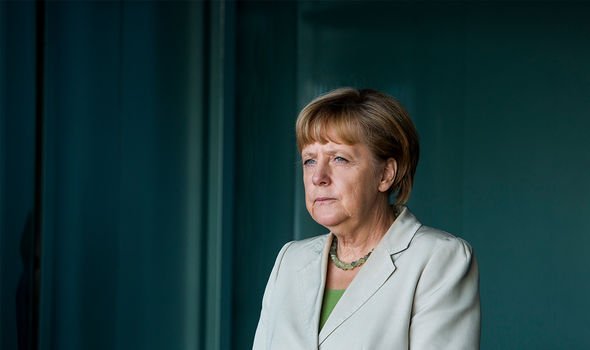 “There is the risk of paralysis at the European level.”

An EU official from the European Commission disagreed that Mrs Merkel’s announcement would lead to paralysis, though.

They told AFP: “Angela Merkel’s decision was expected. She had foreseen it and it changes nothing. The chancellor will not leave right away.”

Other analysts underscored uncertainty over who — from loyal allies to fierce critics — will replace Mrs Merkel as head of the centre-right CDU party in December and secure a chance to succeed her as chancellor.

Schuman Foundation Director Jean-Dominique Giuliani told AFP: “If it’s Annegret Kramp-Karrenbauer, it will be rather a good thing to revive the EU. 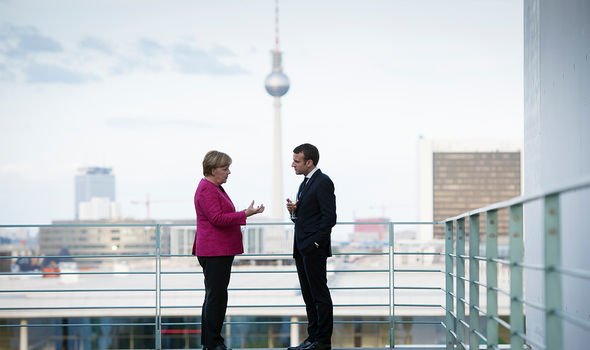 “She is close to France and is very European. She will be more active than Merkel, who always played in the background.”

An unnamed official from an EU member state warned in 2018 that Mrs Merkel’s departure was symptomatic of an “internal crisis” in the bloc.

They added: “There is a lack of leadership in Europe. Most of the leaders are in trouble.”

He added: “The French-German engine did not start because France never had a guarantor in the Chancellor. Angela Merkel always temporised, was always on the defensive.” 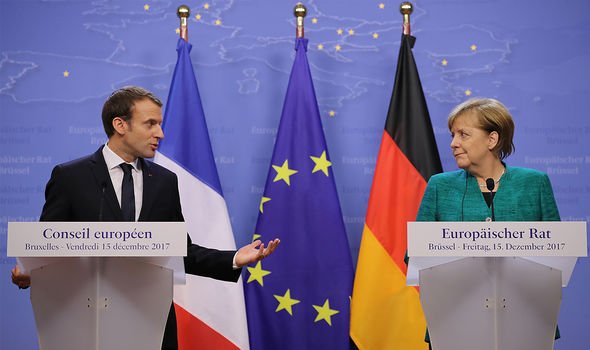 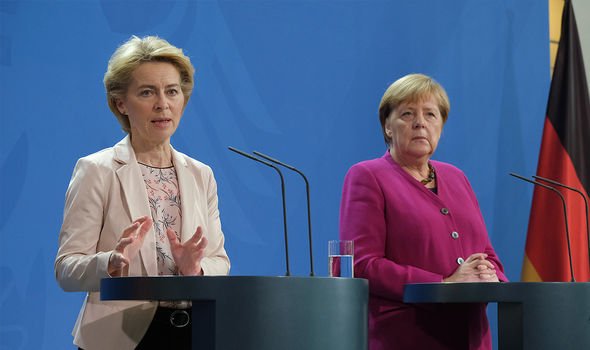 Mr Macron and Mrs Merkel have had disagreements in recent years.

During the buildup to the bloc-wide vote last year, Der Tagesspiegel reported that Emmanuel Macron’s En Marche party was using verbal attacks against Angela Merkel as part of its campaign.

The report added that Mr Macron’s colleagues were “mobilising against the Chancellor”.

La Republique En Marche (LREM)’s top candidate for the EU elections, Nathalie Loiseau, criticised Mrs Merkel and her government for its approach to talks between Brussels and Washington, where Mrs Merkel insisted on getting pending US special tariffs on car imports off the table.