The former MP and Brexit party head was asked up on stage by the president during a campaign rally in Arizona. Donald Trump referred to Mr Farage as “one of the most powerful men in Europe” but “shy” and “a very non-controversial person”.

To which Mr Farage responded: “Oh I’m non-controversial and shy… compared to you!”

Speaking to the crowd, Mr Farage referred to Brexit as a case of “beating the establishment” – something he related to Mr Trump.

He also referred to the president as “the single most resilient” person he has met. 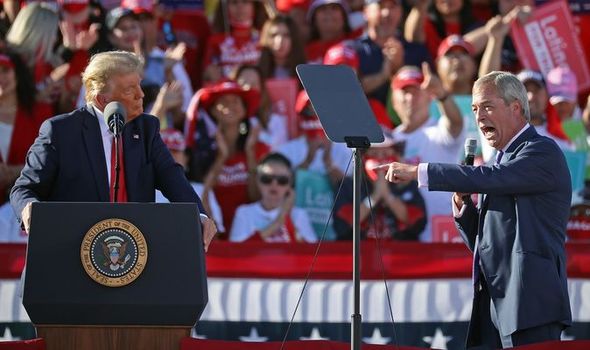 “When you vote next week, you are not just voting for who the President of the USA is, vital though that question may be.

“You are voting for the only current leader in the free world who has got the guts to stand up and fight for patriotism.”

Nigel Farage later admitted he was “very surprised to be asked onto the stage, delighted to do so”. 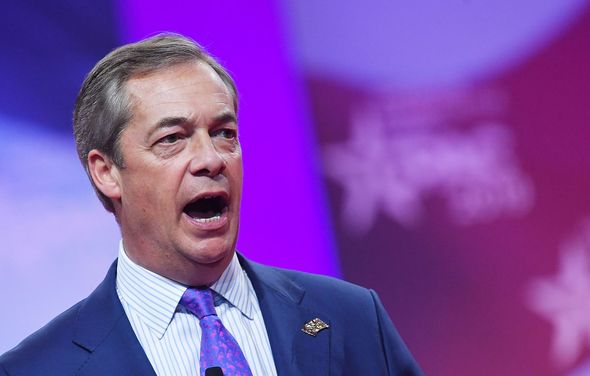 He also spoke about Mr Trump’s international efforts, including recent negotiations between Israel and other Arab nations.

The US president later said “I’m glad I called him up”. 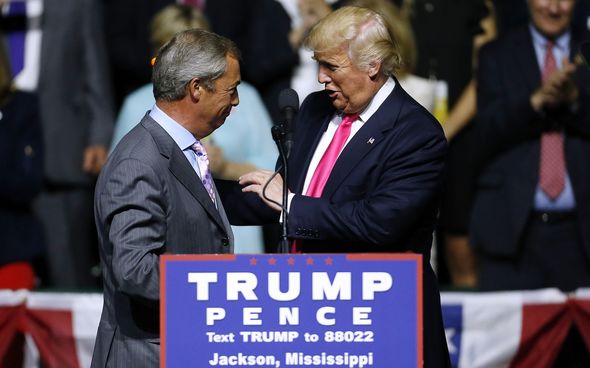