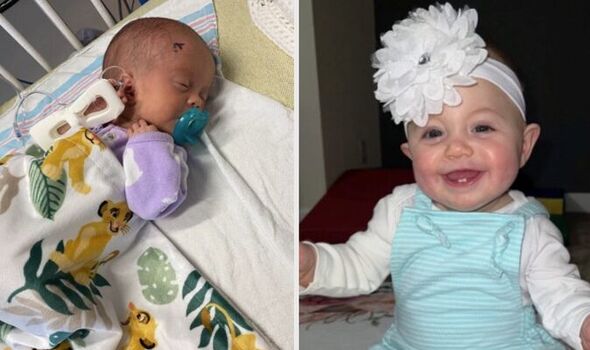 A mother who cast aside medical advice to end her pregnancy is enjoying her life with her “perfect, happy little girl”. Katie White was first given an indication of a potential abnormality with her unborn baby during a routine scan at St Louis, in the US state of Missouri.

Following the scan, Katie’s unborn baby was diagnosed with fluid build up on the brain, known as hydrocephalus.

Katie, 24, was warned that her unborn child may be unable to eat, walk, or talk.

The NHS in the UK lists a number of possible health complications, including loss of vision, loss of co-ordination, memory and speech impairment, and epilepsy. 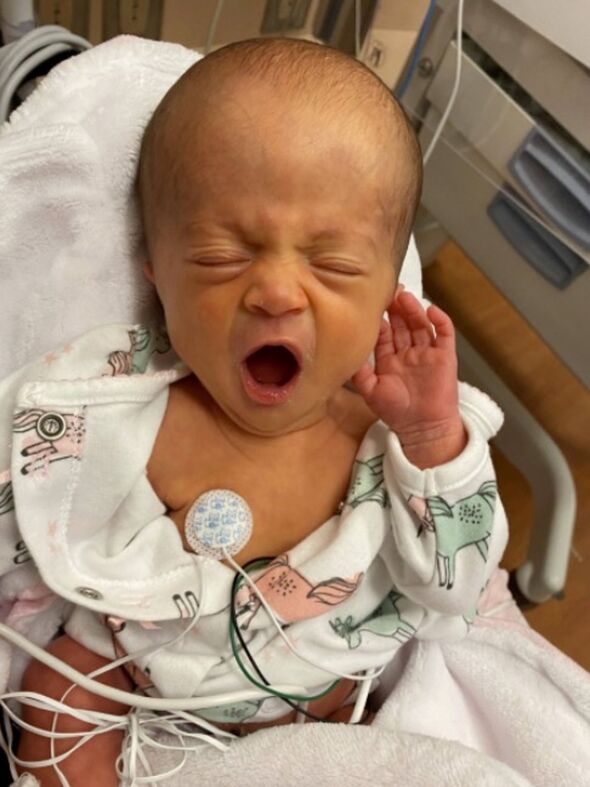 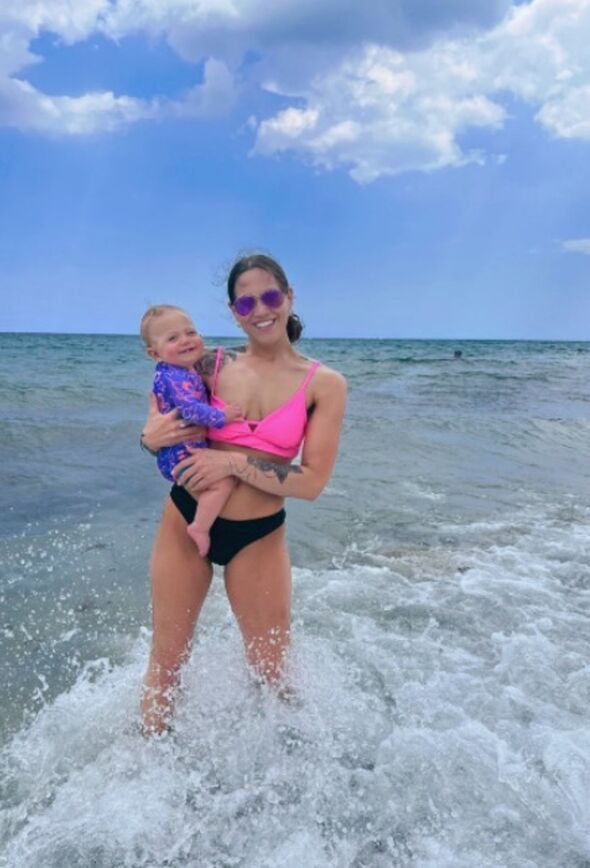 The nursery assistant described feeling “distraught”, and “bawling my eyes out” as she was redirected to a family planning centre to discuss ending the pregnancy.

She recalled: “I needed to go home and think. I couldn’t make such a huge decision off the back of one doctor’s advice and I thank my lucky stars that I did.

“My daughter would not be here today if I had taken that advice.”

Katie’s daughter, Kensley, is now 14 months-old, lauded by her mother as a “sassy and smart” toddler. 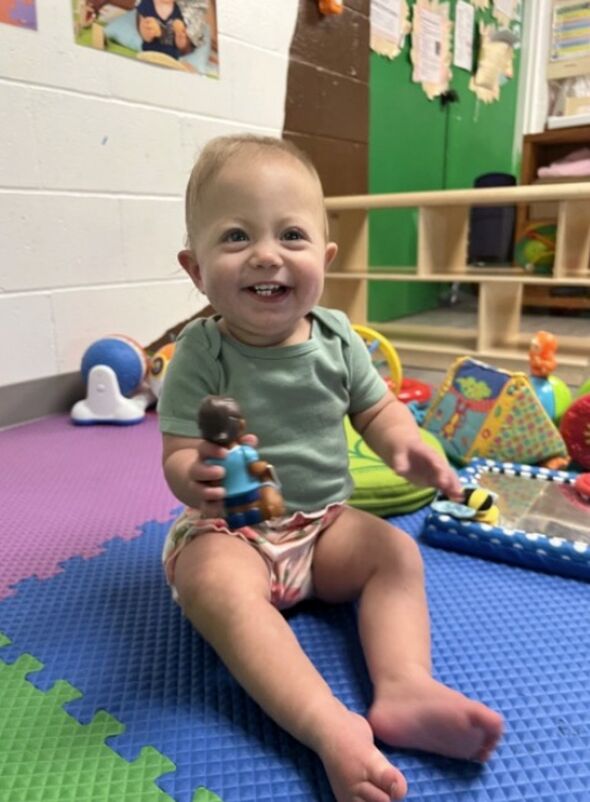 After receiving the diagnosis from the hospital, Katie sought out the help of Dr Michael Paul, a specialist who Katie described as knowing: “I couldn’t just give up on my daughter”.

Following extra scans, Katie was “overwhelmed” to be told once again to terminate the pregnancy, although Dr Paul advised she go into labour at the earliest possible moment.

Katie then had an emergency caesarean section, performed by Dr Paul, in May 2021 at the Missouri Baptiste Hospital.

The mum recalled: “I lay in the bed and looked up, to my delight there he was.

DON’T MISS:
‘Something needs to be done’ Putin allies mortified by old soldiers [LIVE]
Should UK adopt a four-day working week? VOTE [POLL]
Full list of the 32 pubs JD Wetherspoon has put up for sale [REPORT] 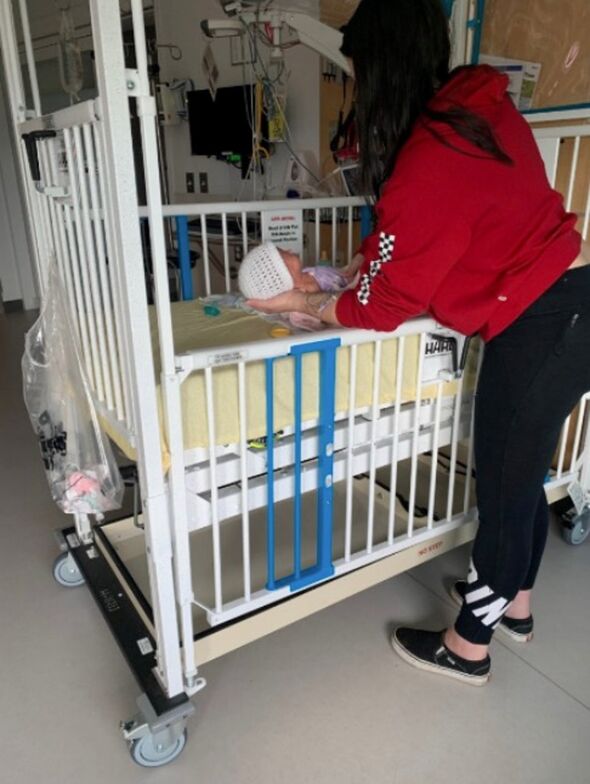 “I was overwhelmed and so grateful.”

She added: “My birth went as well as it could have done, and Dr Paul even made me laugh as he cut me open.”

After holding her child for a few minutes, newborn Kensley was taken away by doctors in a “bittersweet” moment for the new mum.

Medical professionals drained the fluid in the newborn’s brain, but a “petrified” Katie decided not to go ahead with fitting a shunt, or a device inserted in the brain to control the liquid levels, in Kensley’s head. 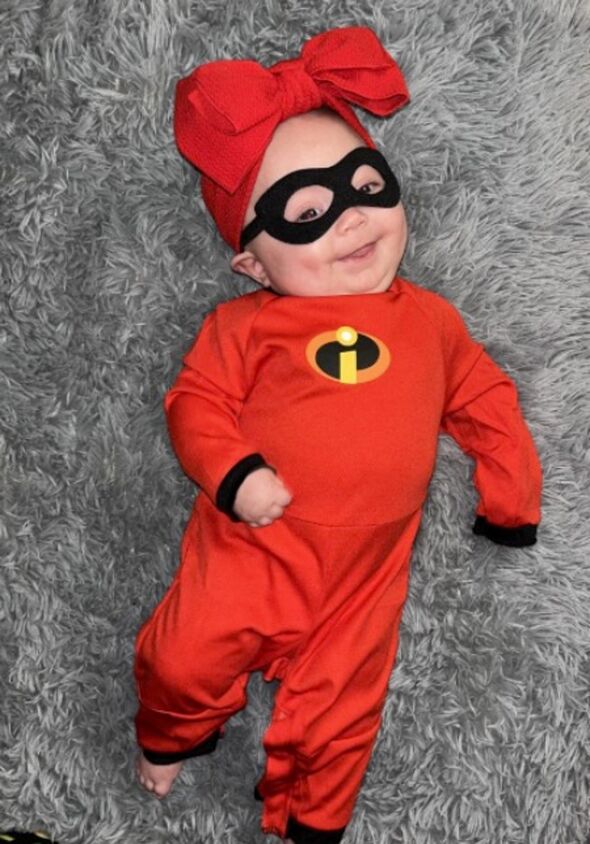 The newborn had her first draining surgery after two weeks, and then contracted rhinovirus, with an MRI scan revealing a shunt was the only treatment for the newborn.

This “felt like the end of the world” to Kate, who was “scared to see her after the surgery”.

She then said: “She was wrapped up in blankets and looked so sweet, comfortable, and happy.

“She was a completely different child and I felt so bad that she could have had the shunt fitted sooner but I just did what I thought was best at the time.”

Following the operation, Kensley’s brain has grown and thrived, with her vision intact and the youngster has never had a seizure, her mum said.

Katie described Kensley as a child who “absolutely loves food and eats like a horse”.

She added: “She is so full of character and is my little angel I wouldn’t change her for the world.”