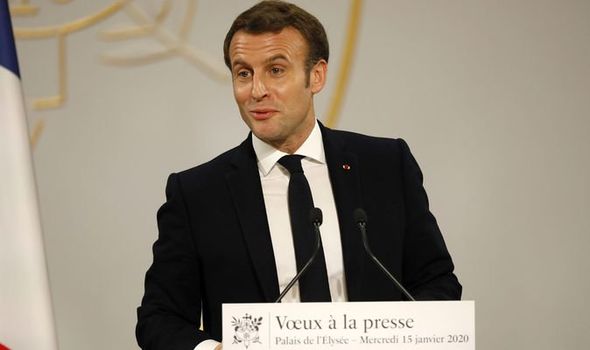 France, which has reported close to 20,000 deaths as a result of the pandemic and has the fourth-highest toll in the world, has been in full lockdown for nearly five weeks. The healthcare system has become “derelict,” M Mélenchon, president of the opposition La France Insoumise (France Unbowed) party, said in an online meeting in which he and other LFI members put forward different solutions to the health crisis.

Describing debt as a mere “illusion,” the leftish radical said that the country’s health system was in tatters “because of economic liberalism,” as he urged the centrist government to “tear down the wall of public debt”.

He continued his attack on the government on Sunday, telling the news channel BFM TV that President Emmanuel Macron’s decision to start gradually lifting some confinement measures from May 11 was “risky”.

So long as 100 percent of the population “has not been immunised, the epidemic will continue … there will be a second peak,” he continued.

France, which has recorded close to 20,000 deaths as a result of the pandemic and has the fourth-highest toll in the world, has been in virtual lockdown for almost five weeks.

Prime Minister Edouard Philippe, for his part, struck a more positive tone later on Sunday, saying that the coronavirus situation in France was improving “slowly but surely,” though he stressed the crisis was far from over.

The government has come under fire in recent weeks after widespread shortages of medicines, ventilators and face masks added to the mountain of problems in tackling the crisis.

M Philippe said that in the past week France had managed to import more than 80 million masks, exceeding for the first time “in a long time” its weekly needs of about 45 million.

By June, France will have secured and produced 15,000 more ventilators for intensive care units in hospitals and another 15,000 less heavy-duty versions – helping it surpass its projected needs, he added.

“That will not only allow us to secure our situation, but thereafter to also mobilise some ventilators to help France’s allies internationally,” M Philippe told a news conference.

He added that a steady fall in the number of patients needing life support was a sign that the pressure on hospitals was finally easing.

But he dismissed any hope that the gradual exit from the lockdown next month, due to start with the reopening of schools, would allow people to move around freely or interact as before, especially as a vaccine against the virus isn’t expected until next year.

“It won’t be a return to normal life,” M Philippe said.

The government has remained deliberately vague about the pace at which businesses like cinemas or bars will reopen, only saying that as some stores open up again, people will have to maintain safe distances from each other.

Of the 395 deaths, 227 were recorded in hospitals, the lowest such number of any day since March 23.

In another positive sign, the number of coronavirus patients in hospital fell for the fifth day in a row to 30,610 – a small drop of 29.

There were 5,744 people in intensive care, M Salomon added, 89 fewer in the eleventh straight day of decline.