PRETORIA/CAPE TOWN (Reuters) – South Africa, like many nations, has long viewed homelessness as an inevitable fact of modern life, but the coronavirus epidemic is offering an unexpected chance to give those on the streets a roof over their heads. 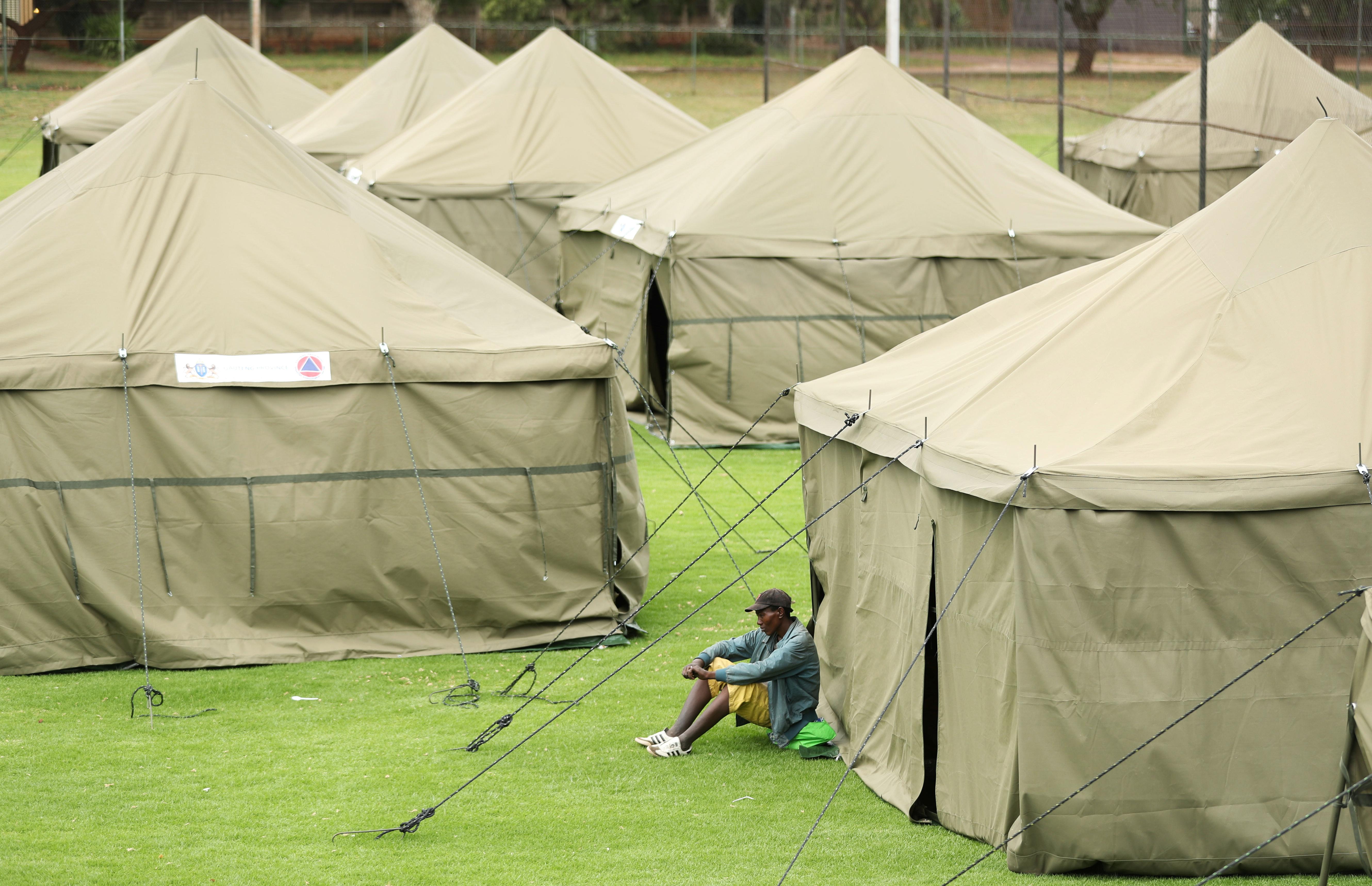 Thousands are being housed in sports stadiums, schools and other locked-down public spaces, partly to try to stop them contracting or spreading COVID-19, and the government says it wants to ensure they don’t slip back though the cracks once the outbreak ends.

Yet not everyone thinks they will do better in the shelters the state has provided, with some saying what they are being offered is scarcely better than sleeping rough and others concerned the makeshift accommodation could become breeding grounds for infection.

Tsepang Motsepe, however, saw an opportunity to kick the heroin habit that made him homeless a decade ago.

The 31-year-old abandoned his law studies when his sponsor failed to pay the university bill, and then swiftly found that heroin “stabilises your emotions.”

To feed his addiction, he was breaking into parked cars and sometimes robbing them. For food, “the dustbins were there,” he told Reuters outside a set of communal tents at the Lyttelton sports ground on the edge of the capital, Pretoria.

Many of his friends died of overdoses, HIV, or tuberculosis (TB), but Motsepe is now on state-provided methadone, a common heroin substitute. “I see there are aspects of my life I need to change. I want to go back to my studies,” he said.

He is one of around 15,000 people the social development ministry is housing in Gauteng, which covers both Pretoria and Johannesburg. Up to 2,000 others are in shelters in Cape Town.

All had been screened for the coronavirus, authorities said, and Thabiso Hlongwane, ministry spokesman in Gauteng, said the province was rolling out testing. Meanwhile, beds in shelters were being kept one metre (three feet) apart and hundreds of bottles of hand sanitiser had been provided.

Jo Barnes, an epidemiologist Stellenbosch University, warned that, if it took hold, the coronavirus would “spread like wildfire” through any facilities that were not well managed.

‘WE WANT TO GO HOME’

Hlongwane said the aim was to keep the homeless off the streets once the epidemic ended.

“Beyond lockdown, the programme will continue. Social workers are on board … to reunite them with their families,” he said.

Some may leave the programme well before then.

Reuters saw police officers break up a protest as some inside tried to uproot the metal fencing, shouting – somewhat ironically – “We want to go home!”.

“If I have a chance I will run away from this place,” said Marco Brown, 35, one of the people at the camp who used to bivouac under a bridge, adding he had received nothing to eat by 3 p.m. 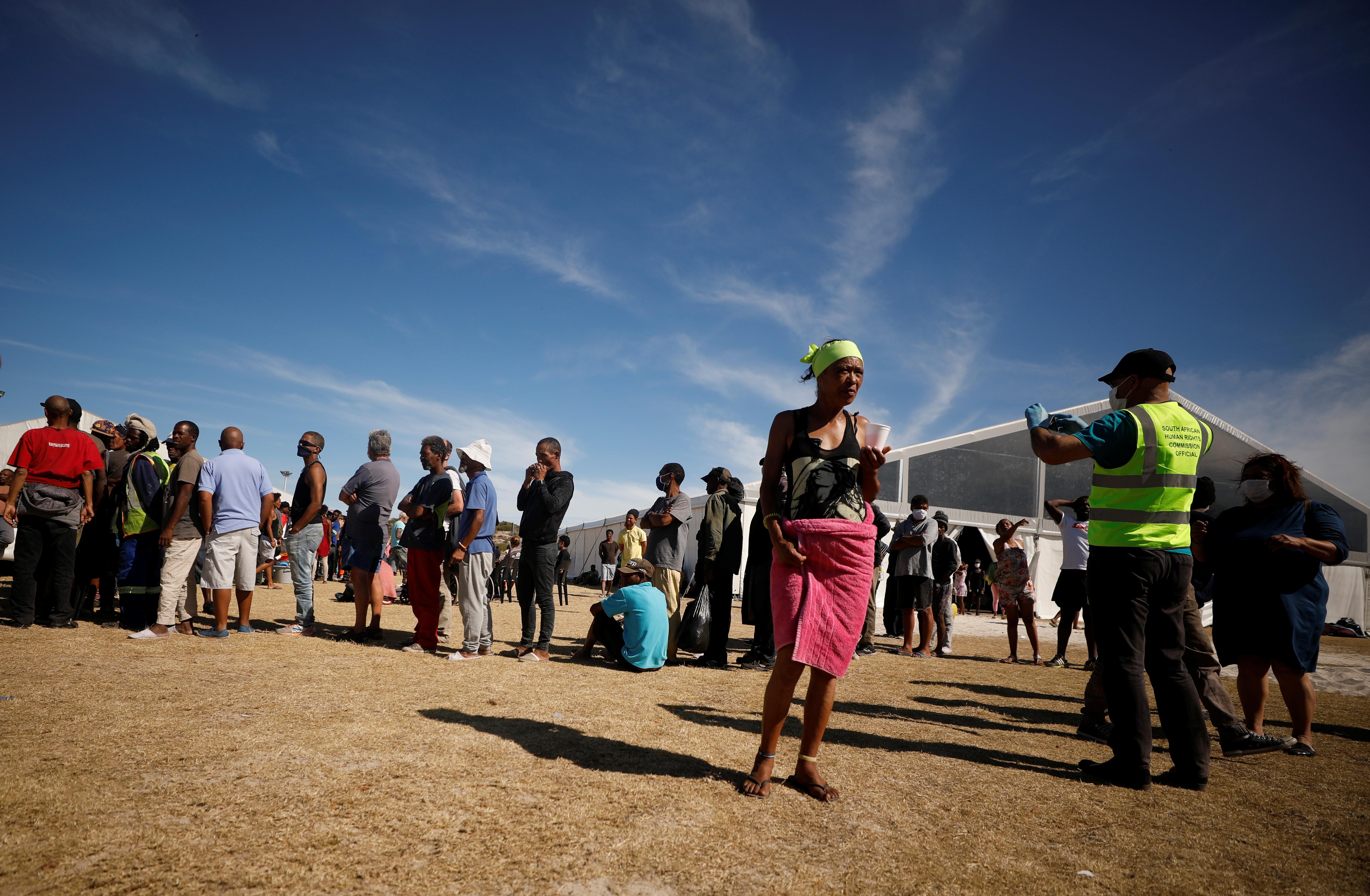 Cape Town council said that, after some “initial challenges”, services at Strandfontein were improving by the day.

Some homeless in the city want nothing to do with the shelters.

“There are too many people inside. It’s gonna be easy to get sick (there),” Joseph, sleeping rough in the city park, told Reuters TV.