Home » World News » Mexico: Suspected drugs plane found in flames on road after being tailed by the military

A small plane suspected of carrying hundreds of kilos of illegal drugs has been found in flames on a road in Mexico.

It is unclear whether it was abandoned and set alight by smugglers after it was followed by the Mexican military.

The plane landed in the southern state of Quintana Roo, home to popular beach resorts such as Cancun. 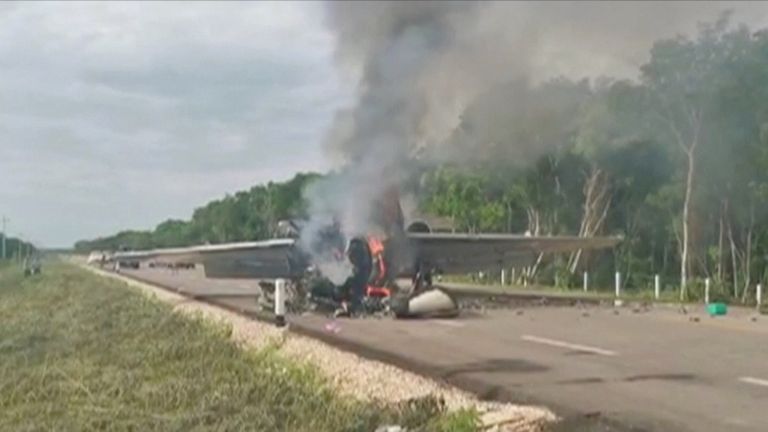 Local media reported that it had arrived from Maracaibo in Venezuela.

Two military aircraft had followed the plane and soldiers were sent to the landing site.

Military officials revealed they also found a truck packed with drugs in the same area.

They would not confirm if the drugs were the same as those suspected to have been inside the plane.

The military said the narcotics in the truck had an estimated value of more than $4.9m (£3.9m) and the loss would have a “significant” impact on criminal organisations.

No arrests have been made.