Met Office yellow weather warnings have been issued for parts of England on Sunday, with torrential rain forecast to hit the country. The forecasters warn of heavy rain on Sunday morning, with the threat of flooding of properties and roads.

This comes after Saturday is forecast to be a rainy day already for much of the UK, making for a weekend washout.

The forecasters issued the yellow weather warning for London and South East England, from 5am on Sunday until 10am the same day.

The Met Office warns: “A further spell of rain, some of it heavy, is expected on Sunday morning. 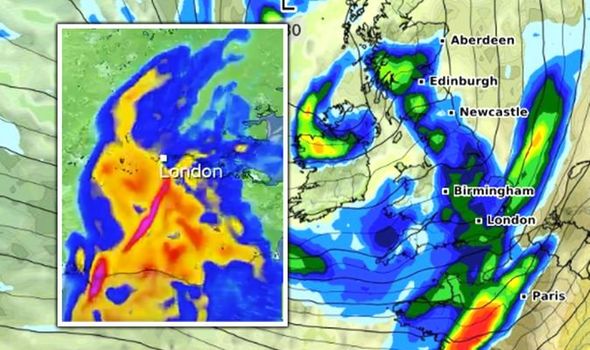 “As much of this rain is expected to fall within a few hours localised flooding of a few properties and roads is likely to result, the latter along with spray may lead to longer journey times.” 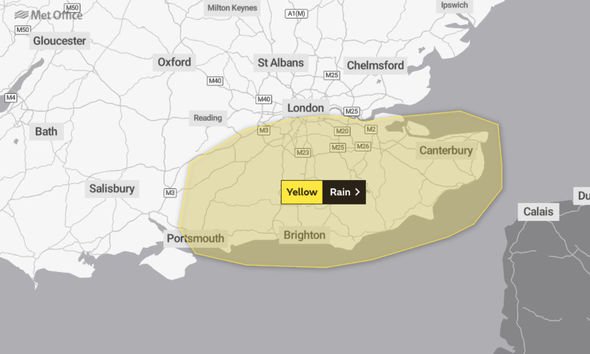 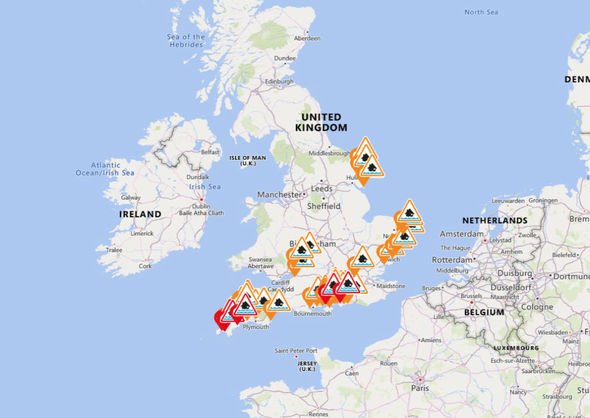 This comes as flood warnings are in place across England, Wales and Scotland this weekend.

In Scotland, there are nine flood alerts and seven flood warnings.

Flood alerts caution flooding is possible, be prepared, while flood warnings state flooding is expected and immediate action is required.

The flood alerts are for Aberdeenshire and Aberdeen City, Argyll and Bute, Ayrshire and Arran, Caithness and Sutherland, Dumfries and Galloway, Easter Ross and Great Glen, Western Isles, Findhorn Nairn Moray and Speyside and Orkney.

In Wales there are 11 flood alerts in place currently. 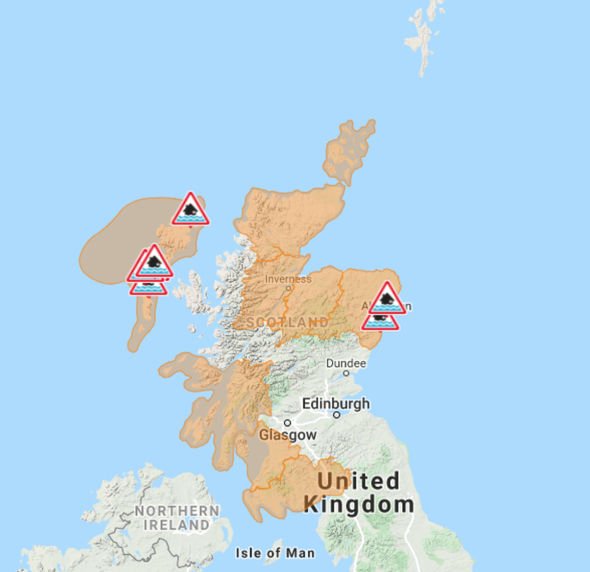 There are five flood warnings and 38 flood alerts across England today.

The five flood warnings in place for

The 38 flood alerts in place are for