Today an ice warning has been issued for a part of eastern Scotland between 6pm today and 10am on December 25.

Another yellow ice warning has been issued for parts of northern, eastern and central England between 11pm today and 10am on December 25.

On Saturday and Sunday there are multiple warnings for rain and wind across the UK.

An amber wind warning covers a strech of southern England and Wales from 10pm on Saturday, December 26 until 9am on Sunday, December 27. 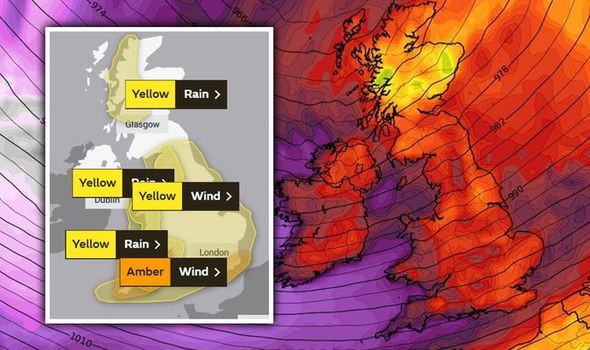 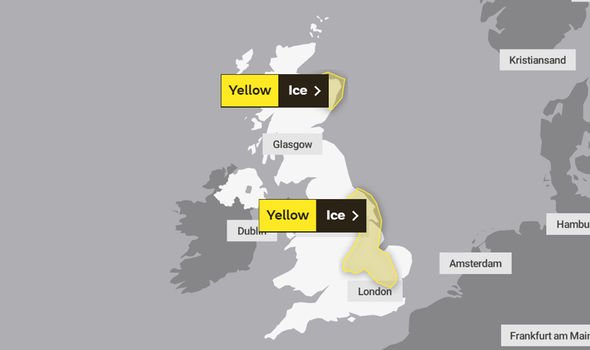 The warning reads: “Very strong southwesterly winds are expected for parts of south and southeast England and south Wales on Sunday morning.

“Hills and particularly coasts exposed to the southwesterly winds will see a few gusts of 70-80 mph.

“In addition to the strong winds, a period of heavy, squally rain is expected and may prove an additional hazard.” 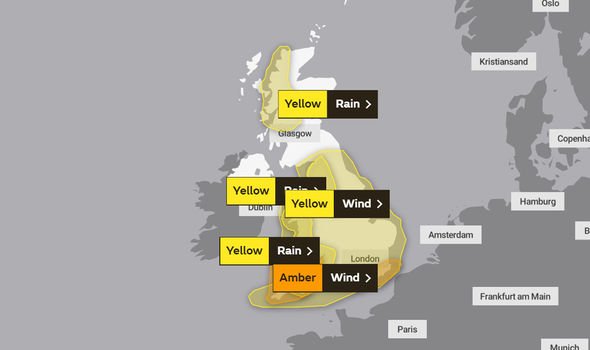 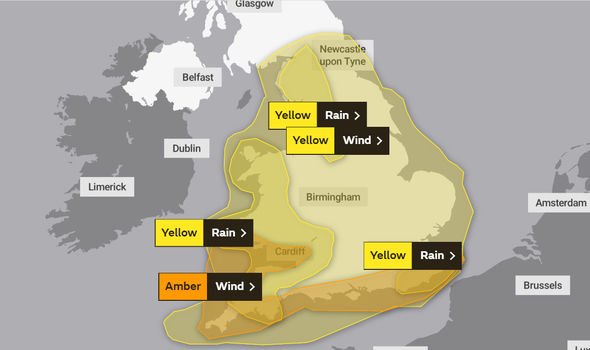 A yellow rain warning has been issued for parts of Scotland between 9am and 11.59pm on Saturday.

This warning covers parts of northern and western Scotland, including Central, Tayside and Fife, Highlands and Eilean Siar and Strathclyde.

The entirety of England and Wales, a parts of southern Scotland, is under a yellow wind warning from 3pm on Saturday until 12pm on Sunday.

A yellow rain warning active between 6pm on Saturday and 9am on Sunday affects parts of the Midlands, North West, North East, Yorkshire and the Humber, Wales and the South West. 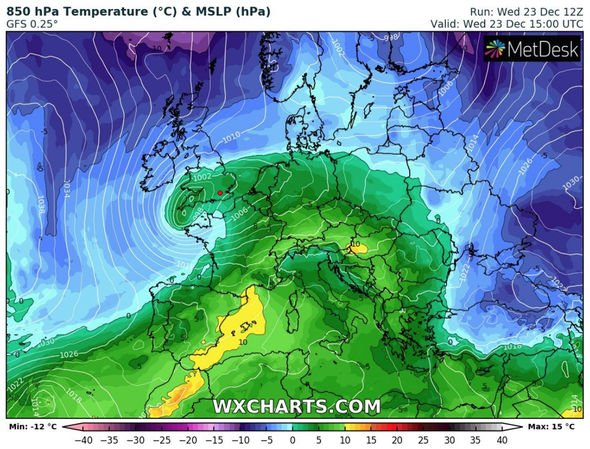 The weather is forecast to change from December 26, with Storm Bella now officially named by the Met Office.

“Very strong winds will impact much of England and Wales, with particularly strong gusts on south west facing coasts.

“Heavy rain will also move in from the north, with heavy downpours through the afternoon in Scotland and Northern Ireland moving south across England and Wales overnight.

“This will be a notable change from the calmer conditions over Christmas Eve and Christmas Day so take extra care and stay up to date with the latest forecast.”

This is a breaking story, refresh for updates.