The Met Office has issued another yellow weather warning for next week as the bad weather of January continues into February. Maps show a cold front descending on the UK, with the central parts of England and Wales due to be the worst affected.

The warning reads: “A band of rain, locally heavy in places, is likely to push slowly northeast across Wales and England late Monday.

“As this rain comes into contact with cold air in place, it is likely to readily turn to snow across parts of Wales, the Midlands, and later parts of northern England. 1-4 cm of snow is quite likely away from coasts, with 5-10 cm possible above about 150 metres.

“As well as snow, a period of freezing rain is possible for parts of east Wales and the West and South Midlands. Snow should turn back to rain from the south, lasting longest across parts of northern England.”

The warning, which lasts from Monday through to Wednesday, covers a considerable amount of England and Wales. 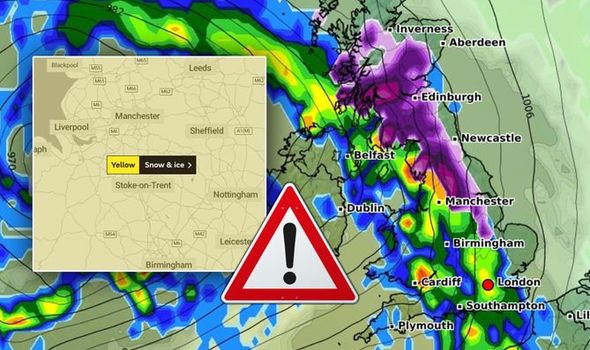 The warning is in place from 9pm on Monday, to 11.24pm on Wednesday.

It warns of possible disruptions to travel services and risk of injury in particularly icy conditions. 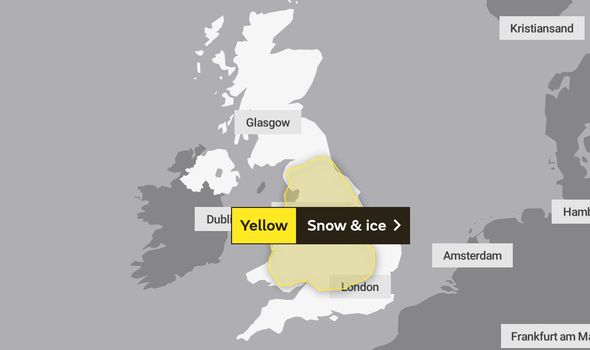