BBC Weather: Kirkwood warns of potential disruption due to snow

Unprecedented snowfall hit the south of England last weekend, blanketing London, Buckinghamshire, Essex and Cambridgeshire with several inches. Now snowy conditions are expected to continue, this time for Scotland and the North of England. And there will be somewhat of a North/South divide overnight according to the latest Met Office temperature maps.

According to Met Office forecasters, there could be up to 20C difference in temperatures between Scotland and the south of England.

Weather maps show -10C in parts of Scotland overnight tonight, while the mercury will remain around 9C for the south.

The forecasters tweeted: “There will be close to a 20°C difference in #temperature across the country overnight.

“Very #cold across the snowfields in northern Scotland but very #mild in many southern areas.” 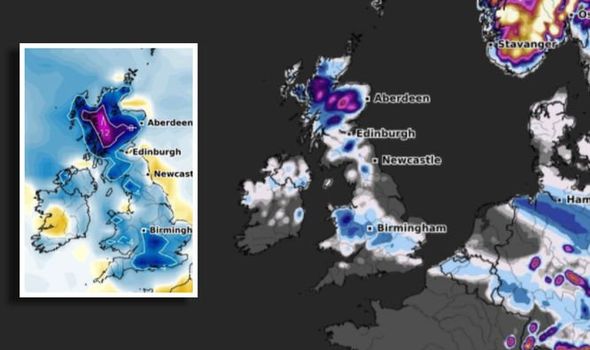 The difference in temperatures is due to weather systems from the Atlantic trying to “extend their influence”.

One of these is described as “a dense pool of cold air over Scandinavia”.

“This system has prompted a number of warnings including a rain warning for Northern Ireland, while snow warnings will be in force for parts of northern England and Scotland.

“In locations higher than 200m across northern England and southern Scotland we could expect to see around 2 to 5cm of snowfall, but areas of similar elevation north of Glasgow and Edinburgh could see up to 20cm of snow.” 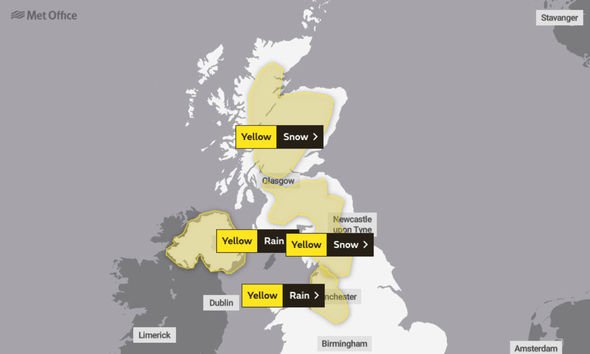 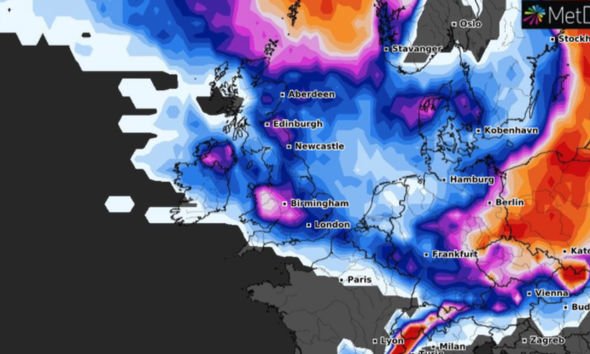 Met Office warnings for snow are in place over the next few days.

This comes into force at 4am on Thursday, and remains in place until 3pm the same day.

The Met Office warns: “A band of rain will move north on Thursday and turn to snow over high ground.

“Less cold air following the snow could lead to some thawing and localised surface water flooding on a few roads.”

Another yellow weather warning for snow is in place for Central, Tayside and Fife, Grampian, Highlands and Eilean Siar and Strathclyde.

This warning starts at 4am on Thursday and remains in place until 9am on Friday with up to 7.8 inches of snow possible. 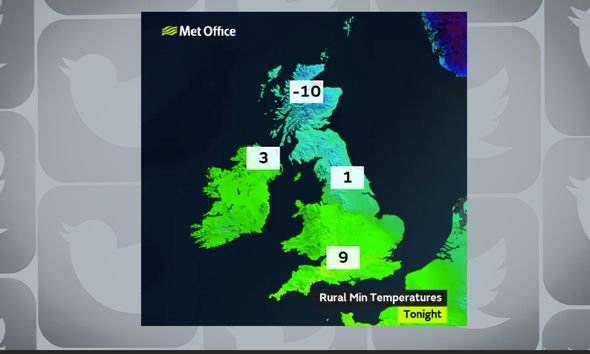 Forecasters warn: “A band of snowfall will push northeast into this region during the early hours of Thursday and become slow-moving before clearing during Friday morning.

“Snow may fall to lower elevations for a time with some locations seeing several cm by Friday morning.

“Above 200 m elevation significant and prolonged snowfall is possible throughout Thursday before easing on Friday morning with the potential for 5.9 to 7.8 inches (15 to 20cm) to accumulate which may lead to transport disruption.”

Netweather has cautioned of potential flood risks, with rain due to hit areas already saturated from heavy rainfall and snowmelt.

The forecasters write: “Low pressures are just barrelling in from the Atlantic all week.

“There is milder air to the south but still cold air holding on in the north which brings the likelihood of snow on the leading edge.

“These frontal bands will bring more rain to already sensitive areas, adding to the saturated ground, into the river catchments and melting the weekend’s snow.”

However, colder air is on the way to the south once more, with another frontal band linked to Tempête Justine, heading to the Bay of Biscay, bringing colder temperatures by the weekend.