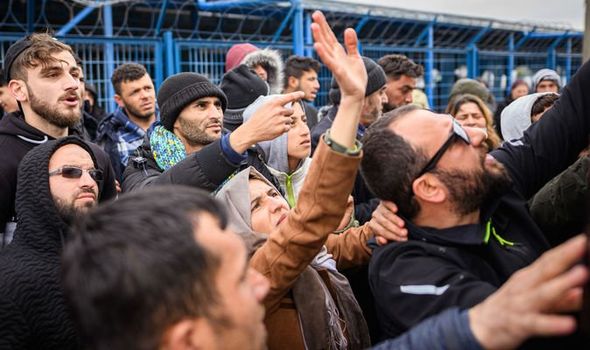 French opposition leader Marine Le Pen on Monday urged Brussels to threaten Recep Tayyip Erdogan with sanctions after the Turkish leader broke a 2016 pact under which the bloc promised to pay €6billion in return for Ankara stemming migration flows. European leaders “cannot be lenient towards [Mr Erdogan] … and must threaten him and implement sanctions [against Turkey] if necessary,” Mme Le Pen told RTL radio, before slamming Turkey’s “unacceptable” decision to open its borders to migrants travelling to Europe.

She added: “We cannot adopt an unduly submissive attitude in our dealings with Turkey.”

Mme Le Pen also appeared to imply France should severe all diplomatic ties with Turkey, as she called on French President Emmanuel Macron to “recall” French ambassador to Ankara and “send the Turkish ambassador back home”.

Mr Erdogan arrived in Brussels for talks with EU leaders and Nato later on Monday after tensions rose over the fate of tens of thousands of refugees trying to enter EU-member Greece since Ankara said last month it would no longer try to keep them on Turkish soil.

Turkey has become increasingly frustrated with what it regards as a lack of European support in war-torn Syria, where its troops are fighting against Russian-backed government forces and have suffered a string of setbacks.

Mr Erdogan said as he headed to the talks: “The crisis stemming from Syria, with its security and humanitarian aspects, is threatening our region and even all of Europe.

“No European country has the luxury to remain indifferent.

“We expect concrete support from all our allies in the fight that Turkey has now been carrying out alone.” 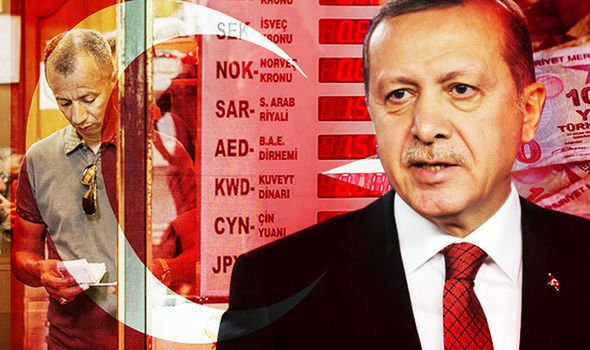 The EU has little to offer in terms of military support in Syria, where is has strongly condemned Turkey’s actions.

The 27-member bloc has dangled the promise of further aid, but in due course and under conditions.

It has also warned Mr Erdogan against triggering a fresh migrant crisis on its southeastern border.

The head of the European Commission, Ursula von der Leyen, said before the talks: “The events at the Greek-Turkish border clearly point to a politically motivated pressure on the EU’s external border.

“Finding a solution to this situation will require relieving the pressure that is put on the border.”

The bloc is considering taking in 1,500 child refugees to ease the pressure on overwhelmed camps in Greece following the influx from Turkey.

EU migration ministers are due to discuss the matter in Brussels on Friday.

The EU is hell bent on avoiding any repeat of 2015 and 2016, when more than a million people reached its shores via Turkey and Greece. That was all but stopped by the 2016 accord, which the EU still hopes to save.

The deal had also envisaged the EU taking in thousands of Syrian refugees from camps in Turkey, rewarding Turkish citizens with visa-free travel to the bloc, faster progress in EU membership talks and upgrading their customs union.

But, relations between Brussels and Ankara deteriorated after a failed coup against Mr Erdogan in 2016.

The EU was shocked by the scale of Mr Erdogan’s post-coup crackdown on critics and has all but frozen Turkey’s long-stalled bid to join the bloc.