The demonstrators vowed to shut down three state residences last week in a bid to force the president to ratify bills. 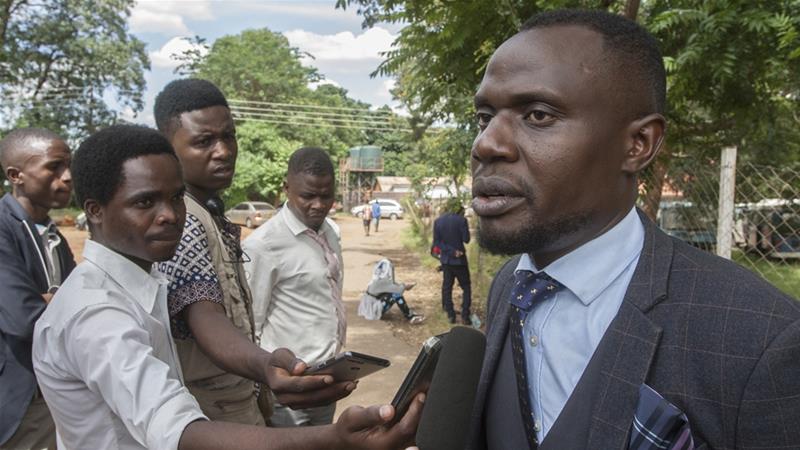 The leaders of the Human Rights Defenders Coalition (HRDC) were accused of contravening the country’s police act by mobilising people to close down the homes of top government officials.

Charles Kajoloweka, a leader of the Youth and Society group and HRDC member, described the arrests as “unlawful and orchestrated by partisan politics”.

“We condemn it in the strongest terms possible and would like to call for their unconditional release,” Kajoloweka told Al Jazeera.

Malawi’s constitutional court last month annulled election results showing Mutharika was the winner with 35.8 percent, and called for a new vote because of irregularities.

Timothy Mtambo, Gift Trapence and Macdonald Sembereka had promised to shut down three presidential state residences last week in a bid to force Mutharika to ratify electoral bills that were recently passed in Parliament.

The trio was arrested between Sunday and Tuesday and all pleaded not guilty. On Thursday, they were granted bail by a magistrate court.

Mutharika’s re-election was nullified last month because of widespread irregularities, including the use of correction fluid on tally sheets.

The constitutional court ordered officials to hold a new presidential election within 150 days. But for those elections to be organised, the president has to agree to the new bills.

It was the first time a presidential election had been challenged on legal grounds in Malawi since independence from the United Kingdom in 1964, and only the second poll result to be cancelled in Africa after the 2017 Kenya presidential vote.