COPENHAGEN (Reuters) – The captain of a tanker that rescued 27 migrants at sea, including a pregnant woman, is calling for immediate help as conditions worsen on board after a month anchored off the coast of Malta having been denied entry by several countries. 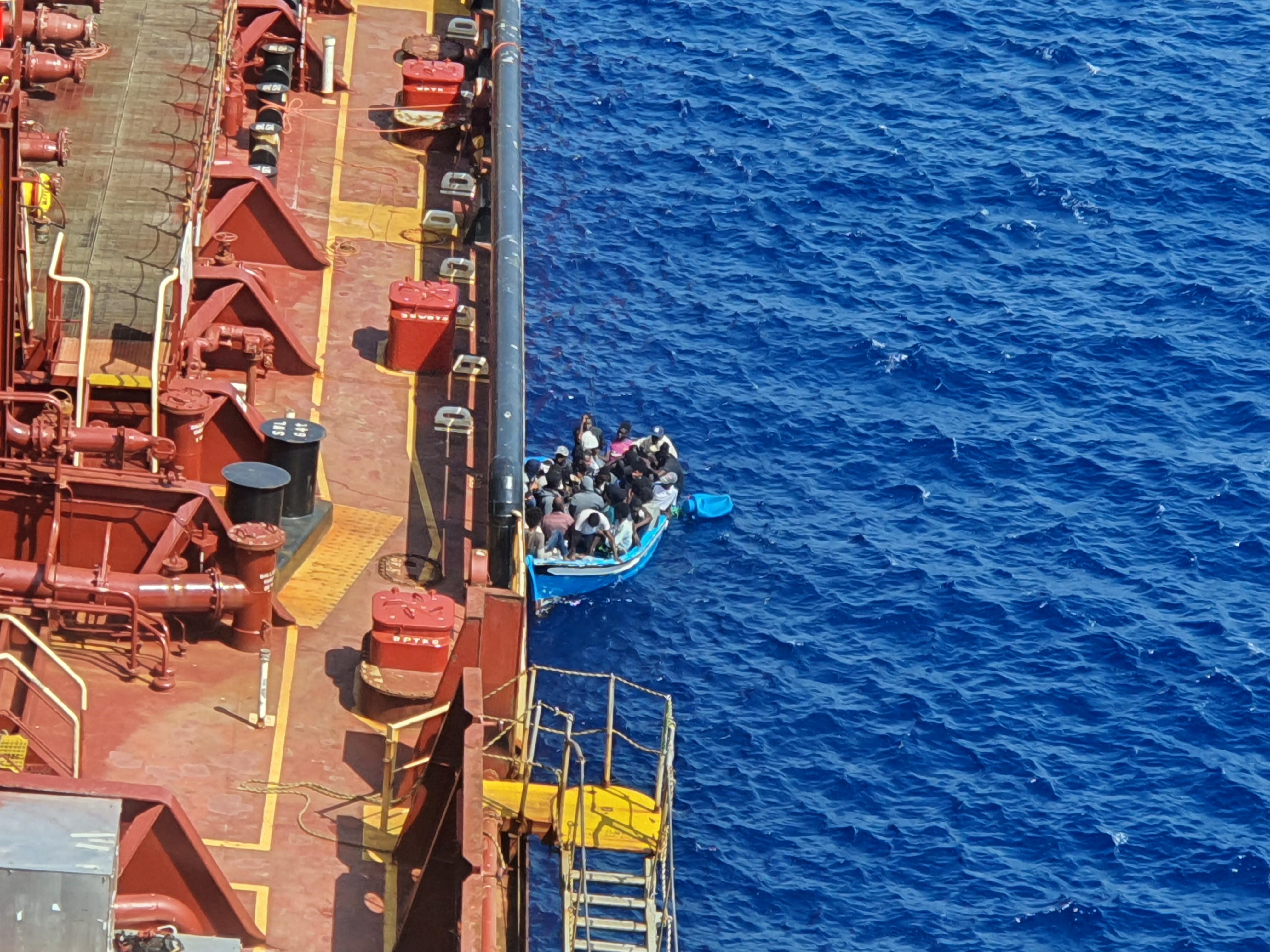 The migrants have no critical physical issues, but mentally the situation is getting desperate, the Maersk Etienne captain said, saying one migrant had threatened to jump overboard.

“We had a difficult time convincing him that jumping overboard will probably kill him. This just to give a picture of how desperate these people are,” Volodymyr Yeroshkin said in a video recorded on Tuesday.

“We require immediate assistance. These people have to disembark as soon as possible,” he said. “They’re anxious to get in touch with their loved ones and families. They just simply want to step ashore.”

The ship’s crew rescued the migrants on Aug. 4 from a wooden dinghy that had been at sea for days and sank immediately after the rescue operation.

The migrants sleep on mattresses and blankets, some on the deck covered from the sun by impromptu shade sails.

“Maersk Etienne is a chemical tanker which is not equipped neither constructed to keeping people onboard. This is a cargo vessel, the crew are professional seafarers and none of them is qualified for medical assistance or for care for rescued people,” Yeroshkin said.

Maersk Tankers, the operator of Maersk Etienne said that neither the Maltese, Italian nor Libyan authorities would let them come ashore.

“It’s deeply unfair that we are treated this way for doing the right thing and acting as we are supposed to according to the international seafaring rules,” Maersk tankers’ Chief Technical Officer Tommy Thomassen said.

“The authorities need to provide a solution now.”

The number of migrants attempting to cross the Mediterranean to land on European shores from countries such as Tunisia and Libya has spiked in the past year.