At least two people have died and eight others were injured after an “extremely loud” explosion destroyed a residential building belonging to the Catholic Church in Madrid’s city centre.

The blast happened near a nursing home and a school – and videos and images shared on social media showed rubble scattered in the street.

The city’s mayor confirmed there had been two deaths and said early information indicated the blast was likely caused by a gas leak.

Eight people have been injured, including one in a serious condition, according to the emergency services in Spain. 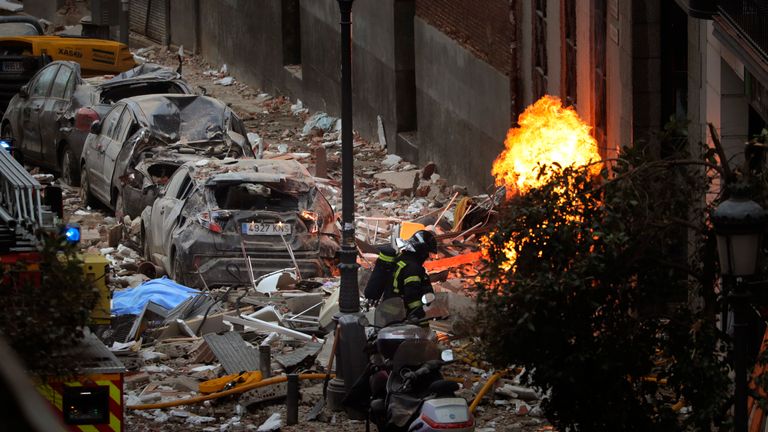 Rescue teams, firefighters and police are all at the scene.

Mayor Jose Luis Martínez-Almeida said there was an ongoing fire in the six-storey building devastated by the blast.

It was a complex that provided residential training for priests and also gave meals to homeless people, a neighbour said.

The mayor said the nearby school had suffered minor damage.

The school was believed to be empty at the time, according to TVE, because classes had not resumed yet following a record snowfall in the Spanish capital on 9 January.

All nursing home residents were safe and evacuated, according to police sources.

The mayor said the residents were being taken to a hotel across the street. 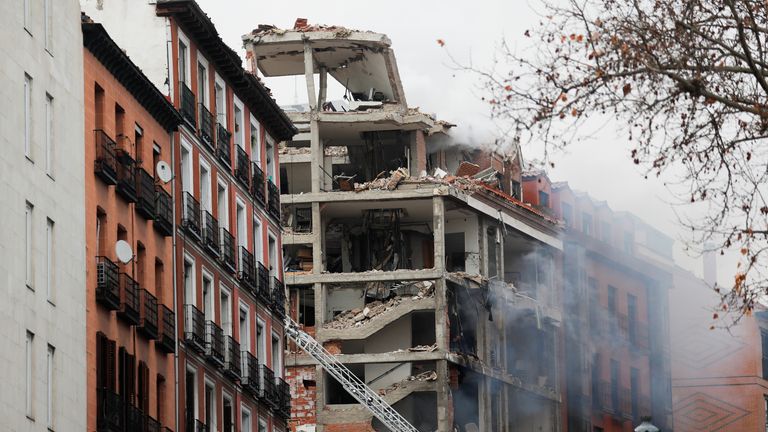 A witness, Leire Reparaz, said she heard a loud explosion a few minutes before 3pm local time as she headed to her home near the Puerta de Toledo landmark.

She told the AP news agency: “We didn’t know where the sound came from. We all thought it was from the school.

“We went up the stairs to the top of our building and we could see the structure of the building and lots of grey smoke.” 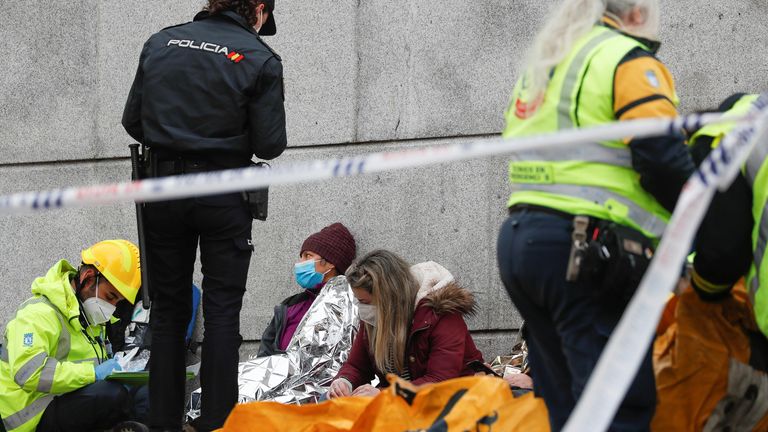 The explosion happened in Toledo Street. Footage on Twitter showed smoke coming from the building, a number of wrecked cars and debris strewn in the road.

The Telemadrid news channel is reporting that at least one person is trapped.

A police spokeswoman said the area was being evacuated but could not confirm the cause of the explosion.