As many as 100 officers with sniffer dogs are involved in the operation in Germany, which officials confirm is linked to disappearance of the three-year-old in Portugal in 2007. Heavy equipment including two excavators has been brought into the area along with dogs and ground-penetrating radar. The search near the village of Ahlam – close to the site of a wartime Nazi concentration camp – raised hopes of a breakthrough in the international quest to solve the mystery of what happened to Madeleine.

It is believed prime suspect, a 43-year-old German drifter, rented a trailer beside the allotment just weeks after the British youngster went missing on a family holiday in the resort of Praia da Luz.

The convicted paedophile led a nomadic lifestyle and often drove the 1,600 miles in a camper van between Germany and the Algarve.

He is said to have boasted he could carry children and drugs inside the vehicle.

The new operation began in the early hours on Monday when a fleet of marked police vehicles arrived at the scene five miles from Hanover.

Excavators were brought in aboard low loaders and began digging after trees circling the search site were cut down with chainsaws.

Items were carefully retrieved and placed inside plastic bags.

Officers equipped with shovels, rakes and photographic equipment joined in the operation. 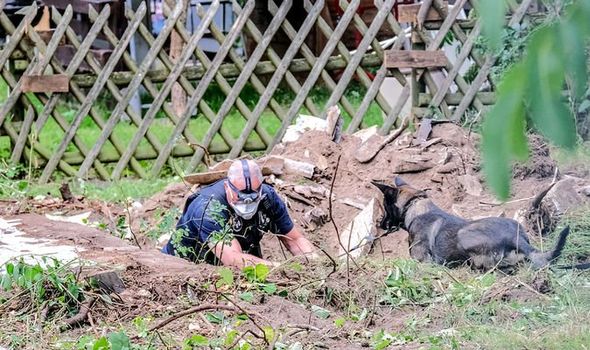 One cop was seen standing in a 5ft deep hole while a sniffer dog scoured it for clues.

A vehicle looking like a prisoner transporter stood inside a sealed-off cordon as other police stood guard to keep onlookers at a distance.

The allotment sits beside a bungalow and wooden outbuildings. It is also close to a field with a canal and busy road running alongside.

In the same locality is the site of a WW2 camp where prisoners were forced to labour in underground tunnels. The search is understood to be a joint operation between the Braunschweig public prosecutor’s office and the Federal Criminal Police Office.

Prosecutor’s Office spokeswoman Julia Meyer said: “I can confirm that the search is linked to our investigations in the Madeleine McCann case.”

She declined to say whether police are searching for remains or more physical evidence linking the suspect to Madeleine. Ms Meyer added: “I will not comment on the background and aim of this action or the status of the ongoing investigations.”

The suspect, a serial offender over many years, is believed to have lived in the trailer while working at a car repair shop. He was convicted of document forgery in 2010. 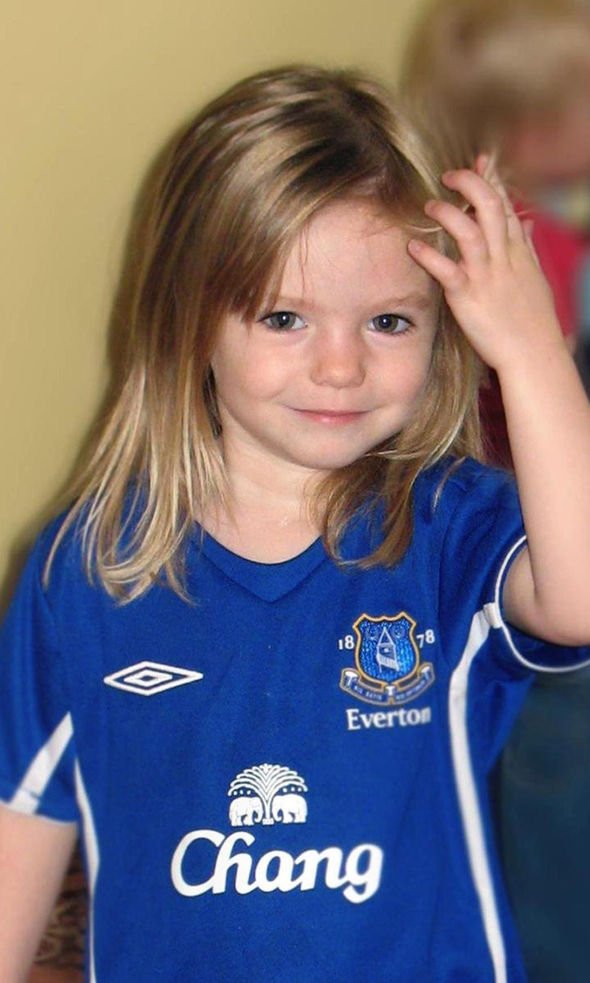 The village is less than 50 miles from the city of Brunswick, his last known permanent address.

Between 2012 and 2014 the German ran a beer and snack kiosk in the city with his then partner.

The kiosk had its own living quarters but the suspect is said to have spent time in a “shed with a bed” attached to an allotment.

The operation comes just two weeks after police in Portugal searched a series of wells and abandoned shafts less than five miles from the holiday complex where Madeleine was last seen.

He had odd jobs in the area but also committed burglaries in hotels and dealt drugs. He is currently in jail in Germany for drugs offences and was convicted last December of raping a 72-year-old American woman in Praia da Luz in 2005.

But he is appealing the rape conviction on a technicality and is fighting to be released. 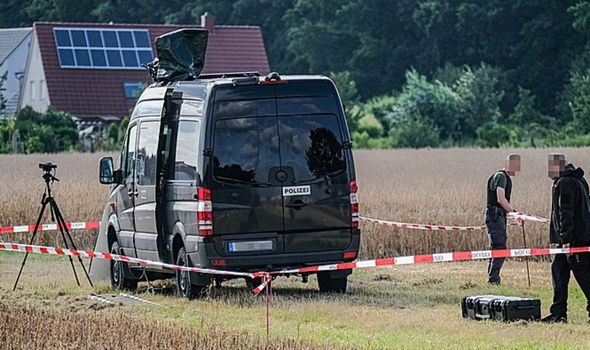 That leaves police in Germany, Britain and Portugal in a race against time to find fresh evidence to convict him over Madeleine’s murder.

German prosecutors believe the suspect killed Madeleine but do not yet have enough evidence to charge him. Mobile phone data shows he was in the Algarve resort when Madeleine disappeared.

Investigators have issued appeals for witnesses and for information about a mystery person the suspect spoke to in a 30-minute call an hour before Madeleine vanished.

The German emerged as the prime suspect last month after Scotland Yard teamed up with foreign police in an appeal centred on a VW camper van and a Jaguar car.

He has also been named as a suspect in a string of unsolved crimes in Portugal and Germany.