London will see flurries of snowfall in the coming days as severe weather warnings grip the UK amid the dangerous Storm Christoph. Danger to life warnings have been issued across large swathes of the country with a major incident declared in response to the extreme flooding which has hit some regions and predicted to hit others in the coming days.

Much of the UK is covered by rain, snow and ice weather warnings issued by the Met Office on Wednesday and Thursday.

Up to eight inches (200mm) is forecast to hit some regions across the UK in the next two days which is likely to lead to flooding in areas affected by snowmelt according to the Met Office.

The weather forecaster has issued one amber and six yellow warnings across the country, with five of these warnings lasting through to Thursday. 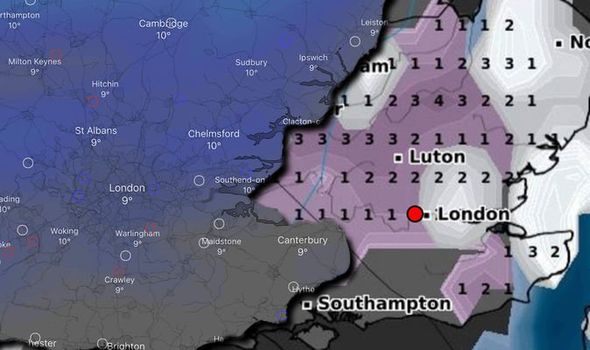 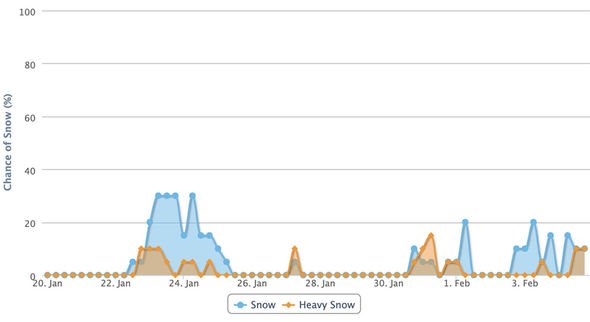 Will it snow in London?

Weather maps and charts reveal intense snowfall for many parts of the country throughout the next few days as an arctic blast hits the UK.

In total, up to eight inches (20cm) of snow is likely to accumulate above 200 metres with greater amounts at higher elevations.

Snow will persist into Thursday morning, slowly dying out during the afternoon.

And the capital, too, could see some flurries over the next week or two. 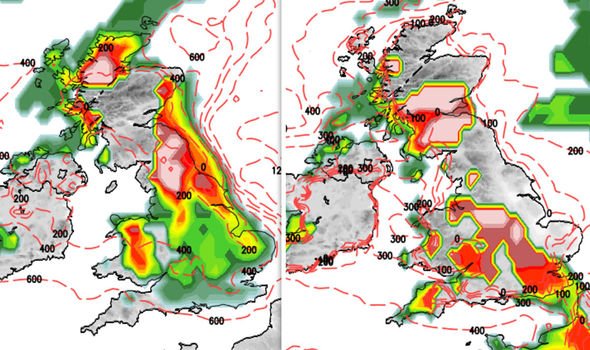 Forecasters predict a blanket of snow to hit the capital in the coming days, with a 30 percent chance we could see snow this weekend.

Metcheck’s snow risk forecast for London shows that by 8am, London’s snow chance is at 30 percent for the whole day before dropping to 15 percent by midnight.

The snow risk then rises up to 30 percent again on Sunday, but only for a short while before dropping to 15 percent from midday.

The chart also records the likelihood of when heaviest snow is expected which will be next weekend on Sunday, January 31.

Netweather’s snow risk map reveals a chance of snowfall from 3am on Thursday. 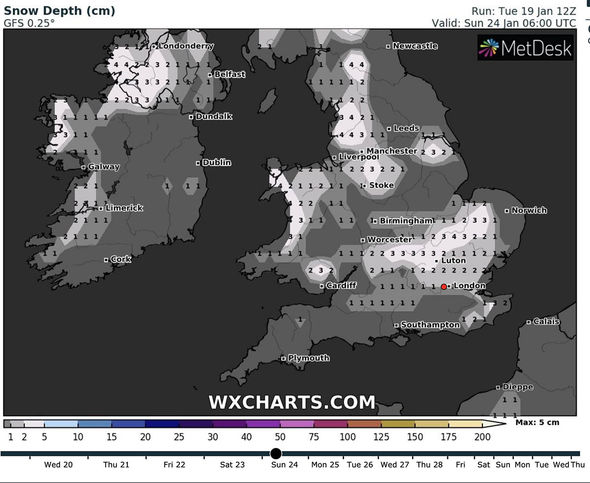 The highest risk of snow however is unlikely until next week according to the forecaster.

A snowstorm is predicted to hit the UK, affecting London, at the end of January according to several weather experts.

The Netweather map shows the highest risk of snow (up to 80 percent chance) is on Sunday, January 24 at 9am.

The risk of snow at this time continues to impact the region until the late evening on Sunday.

Throughout the week of Monday, January 25 through to the end of the week, there are several periods where the risk of snow rises, particularly on January 25, 26 and 31. 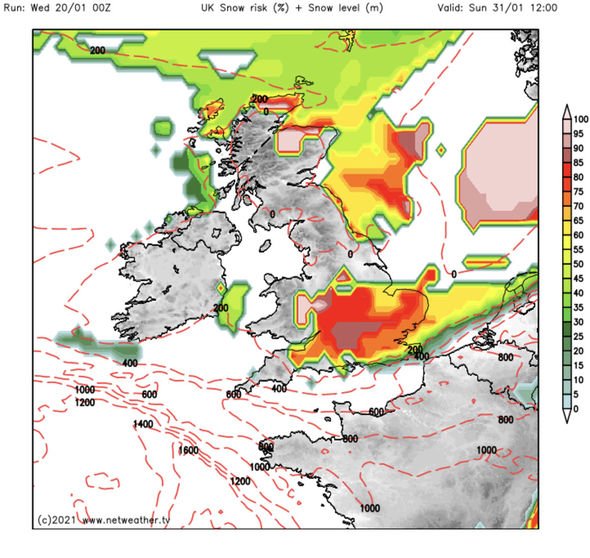 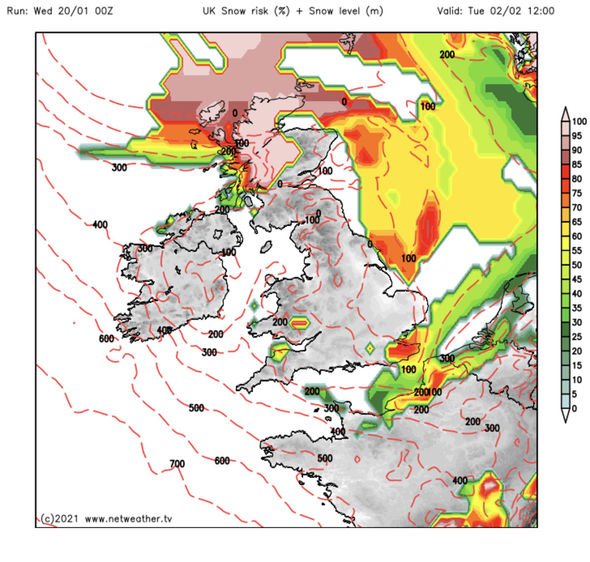 The snow depth chart from WX Charts shows up to 0.4 inches (1cm) of snowfall is expected on Sunday, January 24.

The Met Office weather forecast for Friday to Sunday advises of cold and dry weather in London on Friday with largely sunny skies and winds steadily easing.

There is potential for a spell of rain and snow on Saturday according to the forecaster, with drier conditions expected on Sunday.

Widespread frost is due to hit London overnight.