IOM said local authorities started shooting when the migrants attempted to escape from the disembarkation point. 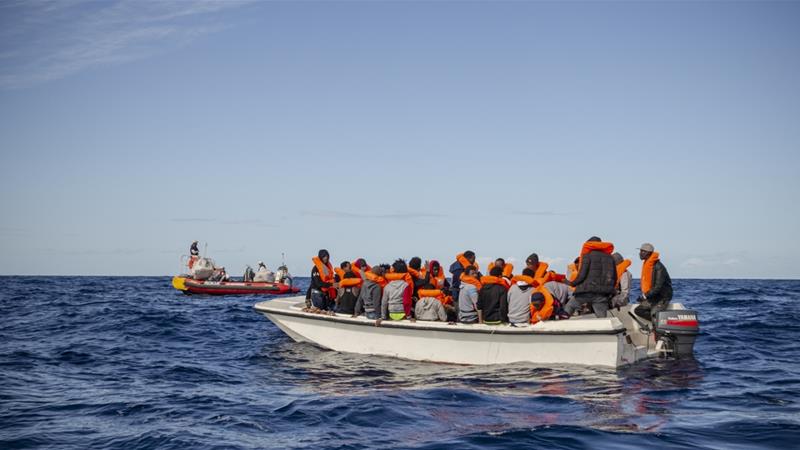 Libyan authorities have shot dead three Sudanese migrants who tried to escape after they were intercepted by the coastguard in the Mediterranean Sea and returned to the North African country, the United Nations said.

The three were among more than 70 Europe-bound migrants, mostly from Sudan, who were returned late on Monday to the western coastal town of Khoms, said Safa Msehli, spokesperson for the International Organization for Migration (IOM), on Tuesday.

The IOM said local authorities started shooting when the migrants attempted to escape from the disembarkation point.

Two migrants died on site and a third died of his wounds while being transported to a hospital, Msehli told Al Jazeera.

Two other migrants were wounded and were taken to local hospitals while survivors were moved to detention centres, the IOM added.

“This is not the first time people are subjected to this senseless violence and confirms yet again that no one should be returned to Libya,” Msehli said.

There was no immediate comment from the UN-recognised government in the capital, Tripoli.

Violence, human rights abuses, disappearances and deaths – that is how the situation on the Mediterranean is being described as with migrants and refugees, who flee Libya hoping to reach Europe, losing their lives at sea and also in Libya.

Since 2014, more than 20,000 migrants and refugees have died at sea while trying to reach Europe from Africa.

UN figures show that at least 36,000 people have been intercepted by the Libyan coastguard and returned to the North African country since February 2017.

The EU has also reportedly spent more than 90 million euros ($100m) in funding and training the Libyan coastguard to stop the crossings.

Libya acts as a significant gateway for African migrants hoping to reach Europe. A 2018 UN report highlighted that migrants are subjected to “unimaginable horrors” from the time they enter Libya, during their stay and in their attempts to cross the Mediterranean, if they make it that far.

“The suffering of migrants in Libya is intolerable,” said IOM Libya Chief of Mission Federico Soda.

“The use of excessive violence results yet again in the senseless loss of life, amid a lack of action to change a system that often fails to provide any degree of protection.”

Last week, an Eritrean migrant died after arriving at the UN refugee centre in Tripoli from a trafficking centre in Bani Walid in the northwest, UNHCR said.

In May, the family of a slain Libyan human trafficker attacked a group of migrants in a smuggling warehouse in the desert town of Mizdah, killing at least 26 Bangladeshi and four African migrants.

“This incident underlines starkly that Libya is not a safe port for disembarkation,” said UNHCR Special Envoy for the Central Mediterranean Situation Vincent Cochetel.

“There is a need for increased search-and-rescue capacity on the Mediterranean, including NGO vessels, in order to increase the likelihood of rescue operations leading to disembarkations in safe ports outside of Libya. There is also a need for more solidarity between Mediterranean coastal states.”

Libya, a large oil producer, has been engulfed in chaos since 2011 when longtime leader Muammar Gaddafi was killed in an uprising.

It is now split between two rival administrations: the internationally backed Government of National Accord led by Prime Minister Fayez al-Sarraj, and the House of Representatives allied to renegade military commander Khalifa Haftar and his self-styled Libyan National Army. 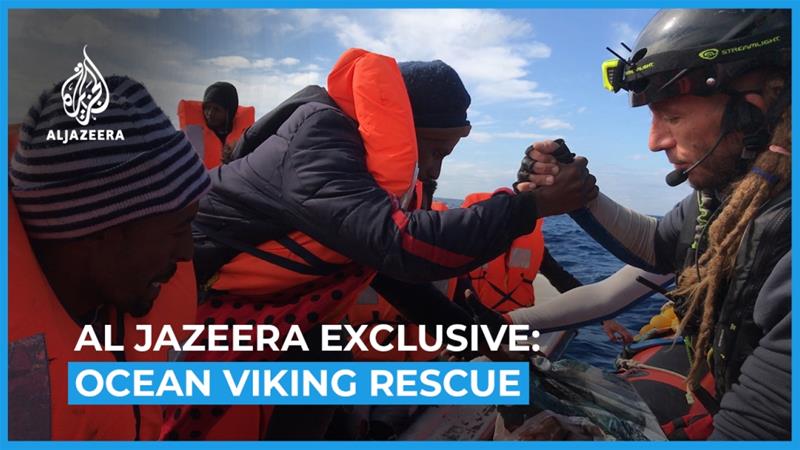 AJ Exclusive: On board the rescue ship Ocean Viking