BEIRUT (Reuters) – Lebanese called for protests outside Baabda palace on Monday to demand President Michel Aoun step down after a massive explosion that has ignited anti-government protests and resignations by several ministers, with the justice minister the latest to go.

Last week’s port warehouse detonation of more than 2,000 tonnes of ammonium nitrate killed 158 people, injured more than 6,000 and destroyed a swathe of the Mediterrnean city, compounding months of political and economic meltdown and prompting furious calls for the entire government to step down.

The cabinet, formed in January with the backing of the powerful Iran-backed Hezbollah group and its allies, was due to meet on Monday under pressure with many ministers wanting to resign, ministerial and political sources said.

The information and environment ministers quit on Sunday as well as several lawmakers. The justice minister resigned on Monday, citing the catastrophic explosion.

“The entire regime needs to change. It will make no difference if there is a new government,” Joe Haddad, an engineer, told Reuters. “We need quick elections.”

Aoun had previously said explosive material was stored unsafely for years at the port. He later said the investigation would consider whether the cause was external interference as well as negligence or an accident.

Beirut’s governor said many foreign workers and truck drivers remained missing and were assumed to be among the casualties, complicating efforts to identify the victims.

Anti-government protests in the last two days have been the biggest since October when demonstrators took to the streets over an economic crisis rooted in corruption, waste and mismanagement. Protesters accused the political elite of exploiting state resources for their own benefit.

Some Lebanese doubt change is possible in a country where sectarian politicians have dominated the country since the 1975-90 civil war.

“It won’t work, it’s just the same people. It’s a mafia,” said Antoinette Baaklini, an employee of an electricity company that was demolished in the blast.

Workers picked up fallen masonry near the building where wall graffiti mocked Lebanon’s chronic electricity crisis: “Everyone else in the world has electricity while we have a donkey.”

“It will always be the same. It is just a political game, nothing will change,” said university student Marilyne Kassis. 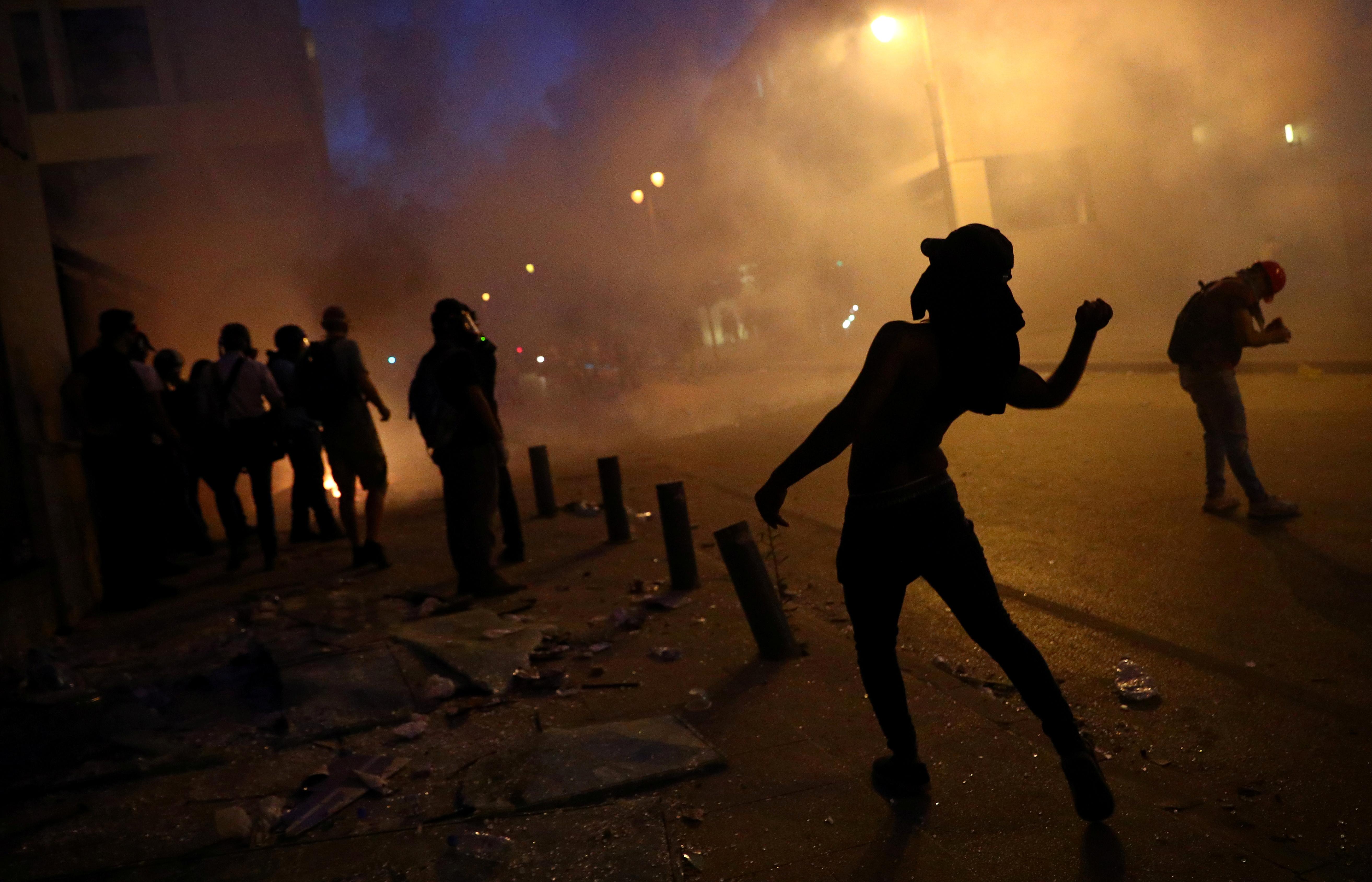 But foreign countries demand transparency over how the aid is used, wary of writing blank cheques to a government perceived by its own people as deeply corrupt. Some are concerned about the influence of Shi’ite movement Hezbollah, which is designated as a terrorist group by the United States.

Iranian Foreign Ministry spokesman Abbas Mousavi told a televised news confernce on Monday that countries should refrain from politicising the Beirut port blast. He called on the United States to lift sanctions against Lebanon.