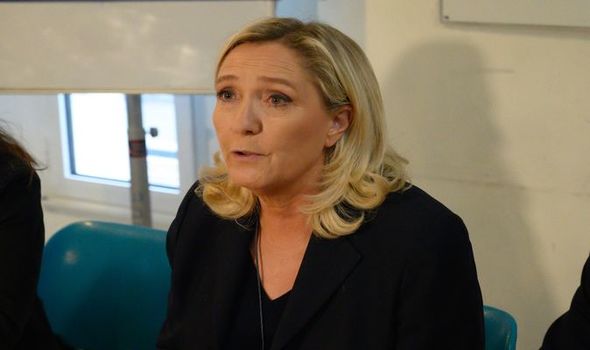 She did not specify what time the curfew should be lifted.

Ms Le Pen added: “The confinement will only work if everyone follows the rules.”

The French government, however, has no plans to implement a curfew to enforce the country’s strict lockdown measures aimed at fighting the coronavirus outbreak.

But as the country’s healthcare system comes under severe strain, Prime Minister Edouard Philippe said he was in favour of localised curfews, stressing the decision for those lay with local authorities.

Several are already in place, including in the Riviera town of Nice and hard-hit eastern city of Mulhouse.

Mr Philippe said on Monday: “We do not want to put a national curfew in place. But we told prefects to get in touch with mayors who deem (a curfew) necessary. 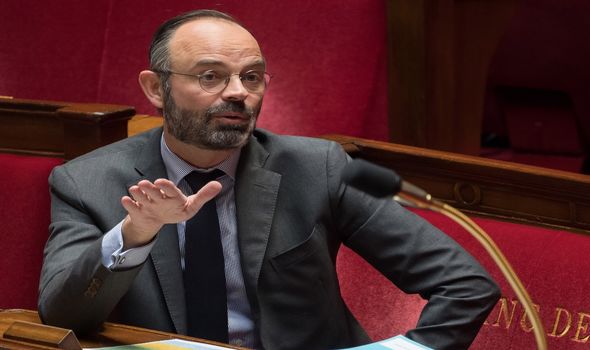 “And we will not hesitate, where necessary, to take tougher measures, meaning curfew measures.”

France’s draconian measures kicked in last week, with President Emmanuel Macron describing the fight against the flu-like virus as a “war”.

His government has ordered the French to stay at home other than to buy food or medicines, travel to work, go for a short run, walk or bike ride, or for urgent medical care.

France on Tuesday became the fifth country to report more than 1,000 deaths from coronavirus, a grim landmark that shines a harsh spotlight on the speed of the virus’ spread.

The scientific council set up by Mr Macron to help deal with the outbreak, for its part, suggested the lockdown in place since March 17 should last at least six weeks.

The experts insisted the lockdown was the “sole efficient strategy” at the moment and had to be “strictly implemented”.

However, Health Minister Olivier Véran told reporters Tuesday evening that he could not say for sure at this stage when the lockdown would end. If the Macron government were to follow the council’s advice, France would remain at a virtual standstill until April 28.

The head of the public health service Jérôme Salomon added later that France would soon be able to carry out 10,000 tests a day.

Mr Salomon reported 240 new deaths from the virus for a total of 1,100 – an increase of 28 percent from Monday’s tally.

Mr Salomon added that 2,516 people were in a serious condition requiring life support, and that some 8,000 hospital beds were now equipped with ventilators.