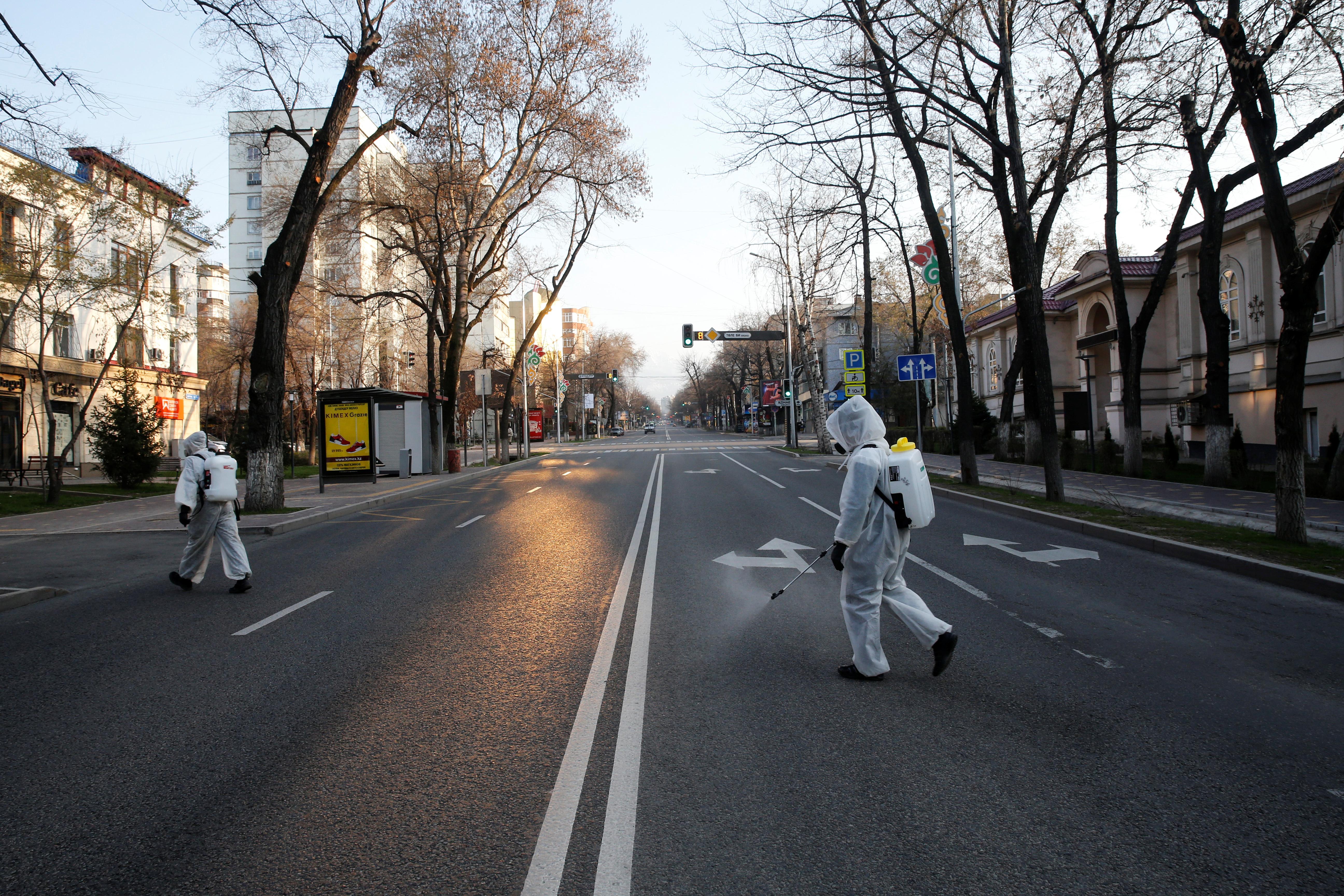 ALMATY (Reuters) – Kazakhstan will extend a state of emergency declared over the coronavirus outbreak until the end of April, but will allow some businesses to reopen after a two-week shutdown, President Kassym-Jomart Tokayev’s office said on Friday.

The state of emergency, which has allowed the government to lock down all provinces and major cities and shut down many businesses in the capital, Nur-Sultan, and biggest city, Almaty, was originally due to end on April 15.

“We have not yet passed the peak of coronavirus infections,” Tokayev said.

At the same time, he acknowledged the damage that restrictive measures were causing to the economy, already weakened by the plunge in the price of oil, the main export of the former Soviet nation of 19 million.

About 1.7 million Kazakhs have applied for a $95-per-month payout offered by the government to those who have lost their sources of income during the emergency. Many lined up in long queues at banks and post offices to receive the money.

The Central Asian nation bordering China and Russia has reported 802 cases of the disease with nine deaths and 63 patients recovering.

The government has said it hoped the total number of cases will not exceed 3,500 and expects the infection rate to peak in mid-April.