The US President had a private meeting with the Queen when she hosted him at Windsor for tea and an inspection of the guard. Their conversation, which took place after the conclusion of the G7 summit in Cornwall, should have stayed private, as is protocol when meeting Her Majesty. Instead, Mr Biden revealed to the press that the Queen had asked him about Vladimir Putin and Xi Jinping.

The breach of protocol is the same mistake made by his predecessor Donald Trump, who told ITV’s Good Morning Britain the Queen had described Brexit as “complex”.

However, it has been suggested that Mr Biden may have actually been perfectly aware that the usual protocol is to keep the meeting private, but felt like he had to do something to appease the American press pack, who had been dissatisfied with the trip.

The Mirror’s deputy political editor Ben Glaze, who had been at the G7 summit, was a guest on the podcast this week and explained that the US media had a very bad trip. 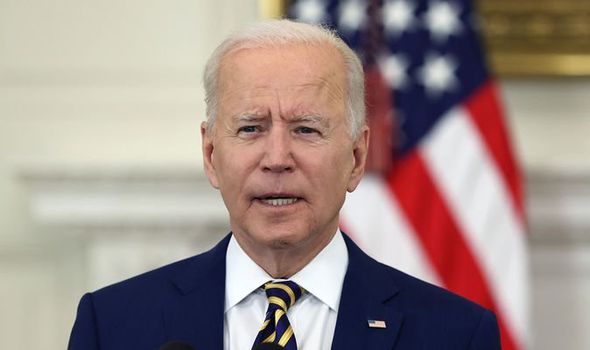 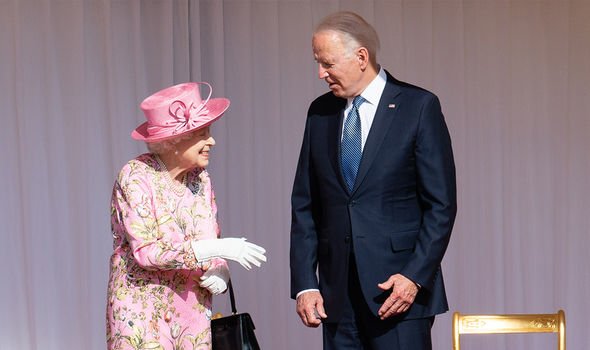 Firstly, they had to deal with international travel in a time of strict coronavirus restrictions, including periods of isolation, while the world leaders were exempt.

Mr Glaze also claimed they “moaned” about access to the G7 summit and with the Biden-Queen meeting at Windsor.

He said: “There is a possibility, and this is only me thinking out loud, that he felt he had to throw the US media, the travelling White House press corps, a bone.

“Because they’ve not had a great trip, right? They’ve had various degrees of self-isolation. 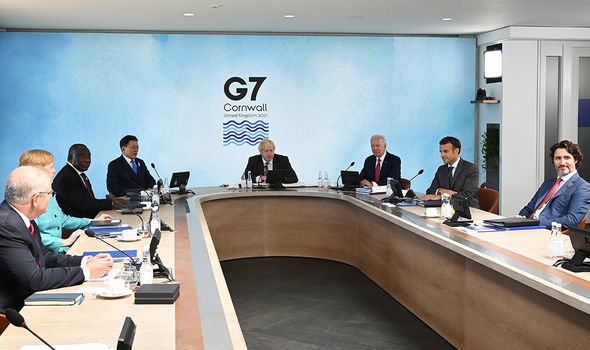 “And obviously covering summits in this sort of climate, this is the first face-to-face international summit that any of us have dealt with during the pandemic.

“We hear that the US corps did not enjoy their trip to the UK and were moaning about access in Cornwall.”

Then, there was the issue of timing of the press conferences on the Sunday, which caused confusion and difficulties.

Prime Minister Boris Johnson was set to give the first press conference, as he is the leader of the host country. 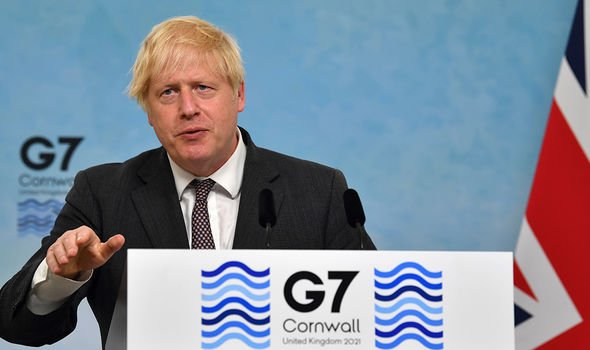 He was originally going to give a press conference at 2.05pm on the last day of the G7, but they realised this clashed with an England match in the Euros.

They tried to change the time so that people would actually watch it, but they could not push it back because Mr Biden, who was due to speak second, had a meeting with the Queen that afternoon.

Instead, they “moved heaven and earth” to bring it forwards to a 1.45pm start, with journalists arriving 15 minutes before, but delays at the event meant it started just after 2pm anyway.

Then, Mr Biden did not give a speech in Cornwall at all, instead opting to do a mini one at the airport in Newquay.

Mr Glaze concluded: “So then he goes to Windsor for tea.

“And presumably the aides are telling him the journalists, ‘They’re not happy with this, Mr President’.

“So anyway, he reveals a bit of what the Queen said, and you can just imagine the Queen kicking back after tea, she’s had a busy weekend, just like, ‘Oh, what’s he done now?’”

Mr Myers said he had some experience with the US media when Mr Trump had been over for a state visit a few years ago. 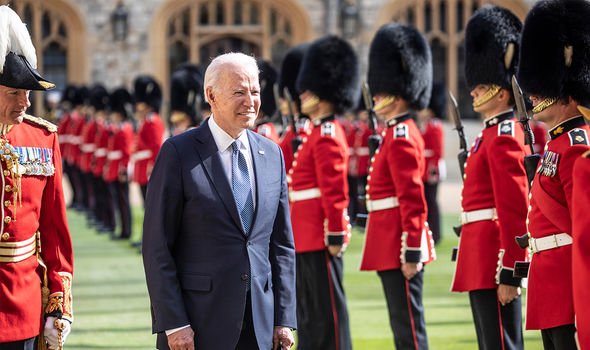 e said they had been “moaning about access” then too.

However, he acknowledged that it must be difficult when you’re in a different country with different protocols and ways of doing things.

That said, he branded Mr Biden’s choice of disclosure “extraordinary”, given that he revealed she brought up two of the world’s controversial leaders, when he could have opted for something more innocuous.

To subscribe to Pod Save the Queen go to your normal podcast provider.