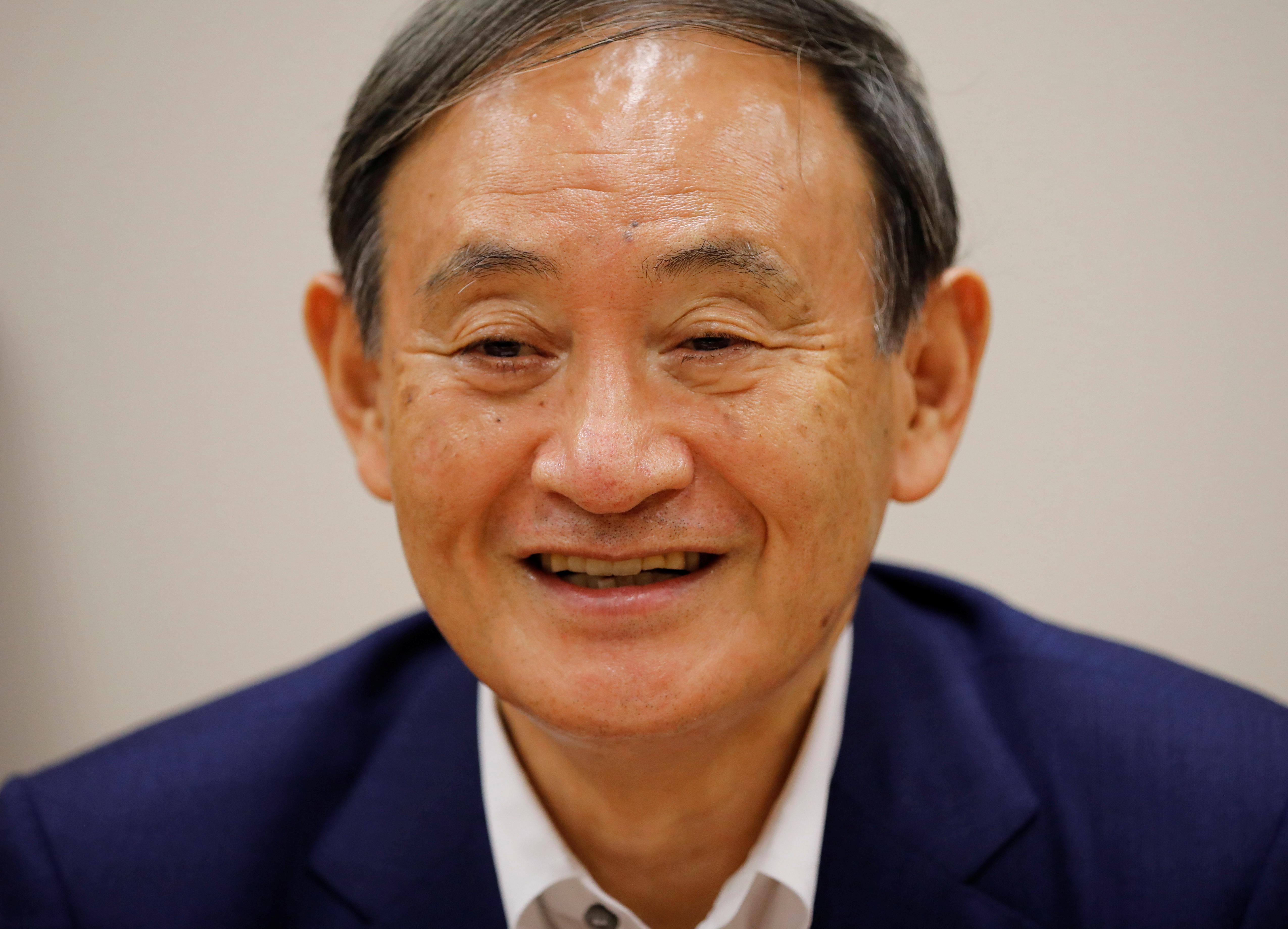 Suga, a longtime lieutenant of Abe’s in a key supporting role, had denied interest in the top job but attracted attention with a series of interviews, to Reuters and other news organisations, in the days before Abe’s abrupt resignation for health reasons.

A Suga government would extend the fiscal and monetary stimulus that defined Abe’s nearly eight years in office.

Abe’s announcement on Friday, citing a worsening of a chronic illness, set the stage for a leadership election within his Liberal Democratic Party. The LDP president is virtually assured of being prime minister because of the party’s majority in the lower house of parliament.

Suga decided to join the LDP race judging that he should play a leading role, given expectations for his ability to manage crises, such as the COVID-19 pandemic and Japan’s deepest postwar economic dive, Kyodo news agency said, citing an unnamed source.

Environment Minister Shinjiro Koizumi, 39, the son of charismatic former premier Junichiro Koizumi and considered a future premier, has decided not to run, but he would back Defence Minister Taro Kono if he joins the race, NHK said.

Calls to their offices went unanswered.

Suga, a self-made politician in a country of political dynasties, was chosen by Abe in 2012 for the pivotal role of chief cabinet secretary, acting as top government spokesman, coordinating policies and riding herd on bureaucrats.

“I’m thinking of running in the LDP leadership race. I’d like you to support me,” Suga told LDP secretary-general Toshihiro Nikai in a secret meeting on Saturday, TV Tokyo reported.

It quoted Nikai as replying, “Please do your best,” which it said was a sign of his backing for Suga.

“Everyone wants to be on the winning side, so if Nikai is supporting Suga, they will jump on the bandwagon,” said Koichi Nakano, political science professor at Sophia University.

Nikai and parliamentary affairs chief Hiroshi Moriyama agreed late on Saturday to move quickly to avoid a “political vacuum”, NHK said, without citing any sources for the information.

Usually, a leadership vote is held by LDP members of parliament along with grassroots party members in a month-long process. But in the event of a sudden resignation, an extraordinary vote can be called with participants narrowed to MPs and representatives of the LDP local chapters.

The scaled-down version may disadvantage Ishiba, a longtime Abe critic who promotes boosting regional economies in Japan’s depopulating hinterlands. He is popular with the public but less so among party MPs.

A call to his parliamentary office went unanswered.

Suga ranks low in voter polls of preferred next premier. He projects the image of a behind-the-scenes operator, more than frontline leader, so some analysts doubt he would be best to lead the LDP into a general election that must be held by late October 2021.

LDP factions will play a dominant role in the election, Sophia’s Nakano said. There might be media criticism that this is not a real contest, which might give Ishiba a bump up, but “not enough to change the momentum,” he said.