Many elderly people are thought to have lost their lives after torrential rain lashed southern island of Kyushu. 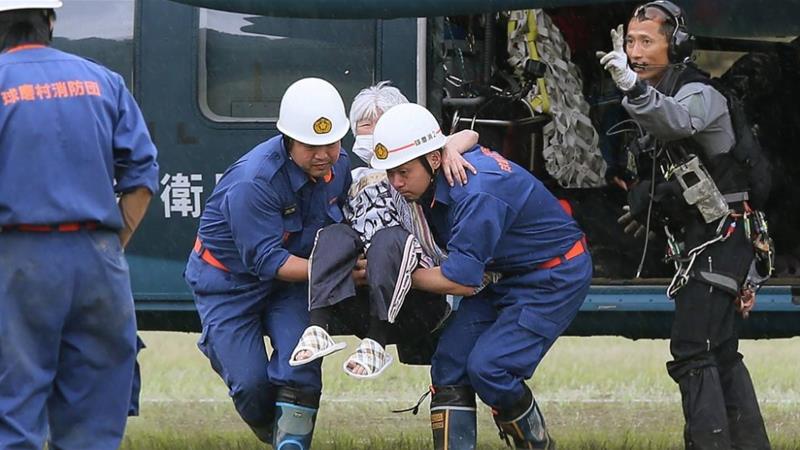 Rescue workers in Japan continued to comb through the wreckage of houses destroyed by flooding and landslides on the southern island of Kyushu, as officials said at least 40 people were feared dead following torrential rain that hit the area over the weekend.

At least 21 people have been confirmed dead and a further 18 are presumed dead, Chief Cabinet Secretary Yoshihide Suga told reporters on Monday. He said 13 people were also missing.

“I offer my deepest condolences for those who have passed from the torrential rains,” Suga said, adding that 40,000 members of the Japan Ground Self Defense Forces were involved in the search.

Rivers burst their banks and the downpours triggered evacuation orders in the worst natural disaster to hit Japan since about 90 people died in Typhoon Hagibis last October.

Although the rain has subsided, the floods washed away roads and bridges, leaving many in isolated communities cut off.

Hirokazu Kosaki, a 75-year-old bus driver in the town of Ashikita, told Jiji press: “It was nothing but water as far as I could see.”

In one of hardest-hit areas, residents spelled the words “rice, water, SOS” on the ground, while others waved towels and called for rescue and relief goods.

At a nursing home for the elderly, 14 people were feared dead when water from a nearby river inundated the ground floor, leaving those in wheelchairs unable to reach higher ground.

Emergency services, helped by local residents in rafts, managed to rescue around 50 people from the facility, bringing them to safety by boat.

In Hitoyoshi city, the deluge poured into houses near the main railway station. “The water rose to the second floor so fast and I just couldn’t stop shivering,” a 55-year-old woman who was visiting her relatives told the Asahi newspaper.

She and her relatives ran upstairs, swam out of a window and eventually took refuge on the roof to wait for their rescue.

Heavy rain is expected to continue until Tuesday afternoon and the Japan Meteorological Agency issued a non-compulsory evacuation order for hundreds of thousands of residents in Kumamoto and neighbouring Kagoshima Prefecture. 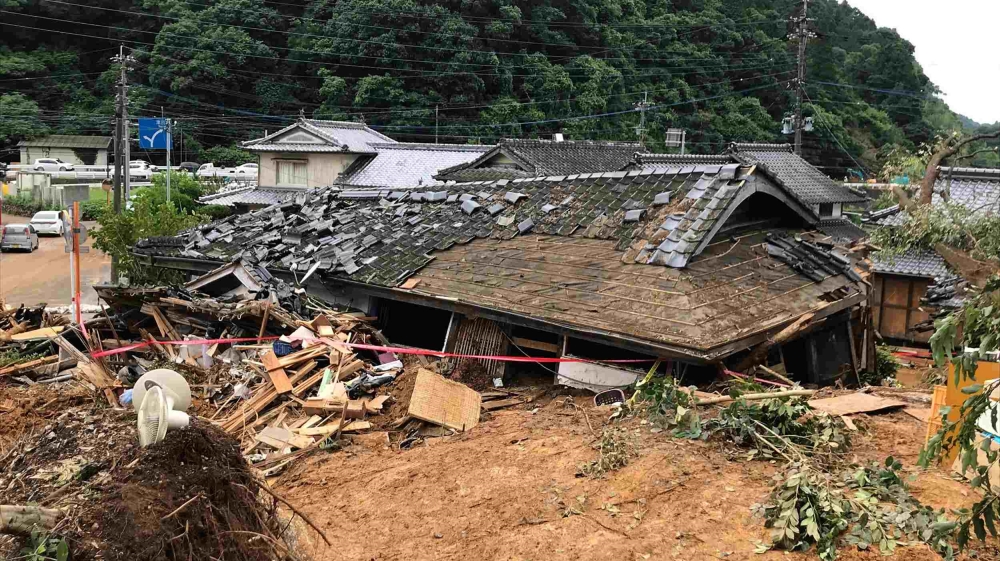 Up to 250 millimetres (9.8 inches) of rain is expected in the 24-hour period until Tuesday morning in the southern part of Kyushu Island, which includes areas already hit by the flooding, the agency said.

“It’s such a mess,” resident Hirotoshi Nishi told public broadcaster NHK as he swept debris from his mud-strewn front room. “Many pieces of wood came into my house. I don’t know what to do.”

Evacuation efforts are being hampered by fears of spreading the coronavirus that has claimed almost 1,000 lives in Japan, which has close to 20,000 cases.

Partitions have been set up at evacuation centres to ensure families keep their distance, and evacuees are required to wash their hands frequently, sanitise and wear face masks.

Some 4,640 homes in Kumamoto Prefecture remained without power as of Monday morning, according to Kyushu Electric Power Co.

Prime Minister Shinzo Abe said on Sunday that more than 40,000 personnel from police and fire departments, the coast guard and self-defence troops would conduct search-and-rescue operations throughout the night.