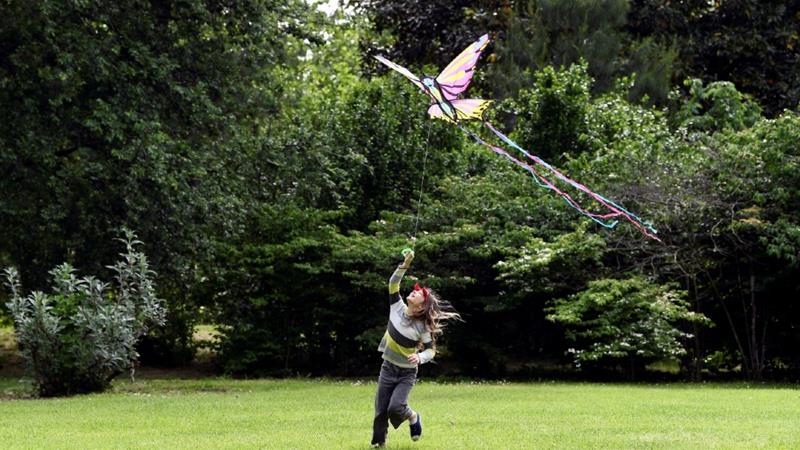 Italy is leading Europe in easing lockdown measures aimed at containing the spread of the new coronavirus, almost two months after the epidemic hit the continent.

More than 4.4 million Italians went back to work on Monday after seven weeks of extraordinary restrictive measures.

In Italy, Europe’s worst-hit country in terms of deaths, almost 30,000 people have died amid more than 210,700 infections, according to the national Civil Protection Agency.

The return to work came as Italy tries to cushion the economic impact of the shutdowns.

Its economy, the euro zone’s third-largest last year, is expected to shrink more than in any year since the global depression of the 1930s.

Half of Italy’s workforce is receiving state support and the same number told a top pollster that they were afraid of becoming unemployed.

Italians are now also allowed to visit family members and people with whom they have an “established emotional bond” in the same region.

Parks are open for walking and running, and people can go for sport activities even far from home.

Social gatherings remain banned and it is mandatory to wear a mask on public transportation and in closed public spaces.

Restrictions on funerals have been relaxed, with a maximum of 15 mourners allowed to attend, but masses and weddings will have to wait.

Bars, hair salons and restaurants will be allowed to reopen only on June 1, if the rate of infection continues to lower. 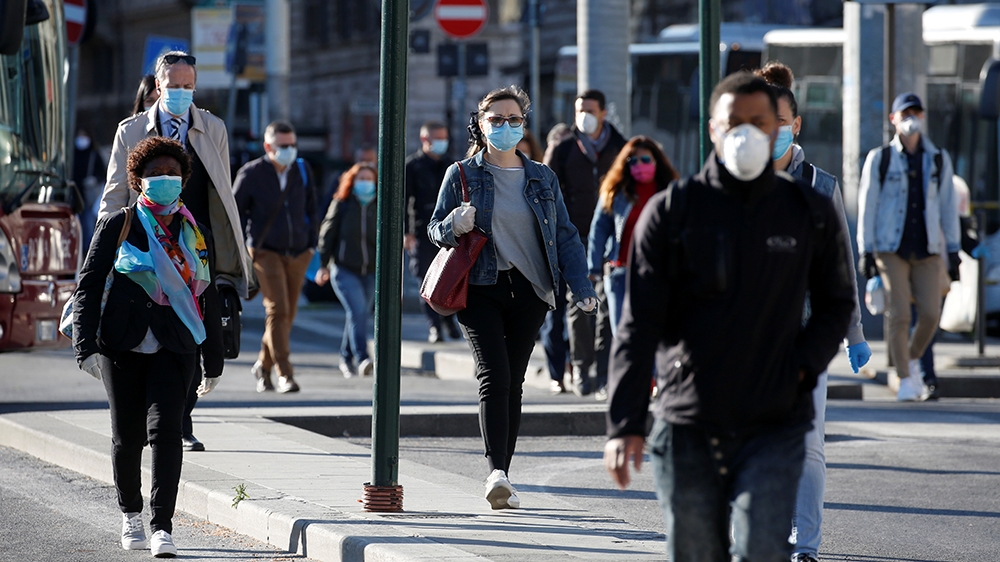 ‘We can hear more noise now’

As the lockdown eased, the sounds of banging and drilling echoed across Rome and a group of men drank espresso out of plastic cups in front of the Pantheon, the former Roman temple, as cafes reopened for takeaway services.

Though decreasing, the number of cases reported each day is still in thousands.

“Feelings of Italians are mixed. There is glimpse of hope that the worst is passed, but many are concerned that this phase could bring a second wave of infections,” journalist Francesco Giambertone told Al Jazeera from Milan.

These concerns stem from the lack of new measures addressed to prevent a further spread of the virus, Giambertone said. Many worry that little has changed since phase one.

“Nothing has been said about new tests which in March and February were not enough for everyone who needed to be tested,” said Giambertone, adding, “it’s not easy now to understand why some regions are making [antibody] tests and some are not.”

The government has been working on a contact tracing application but it is not ready yet. 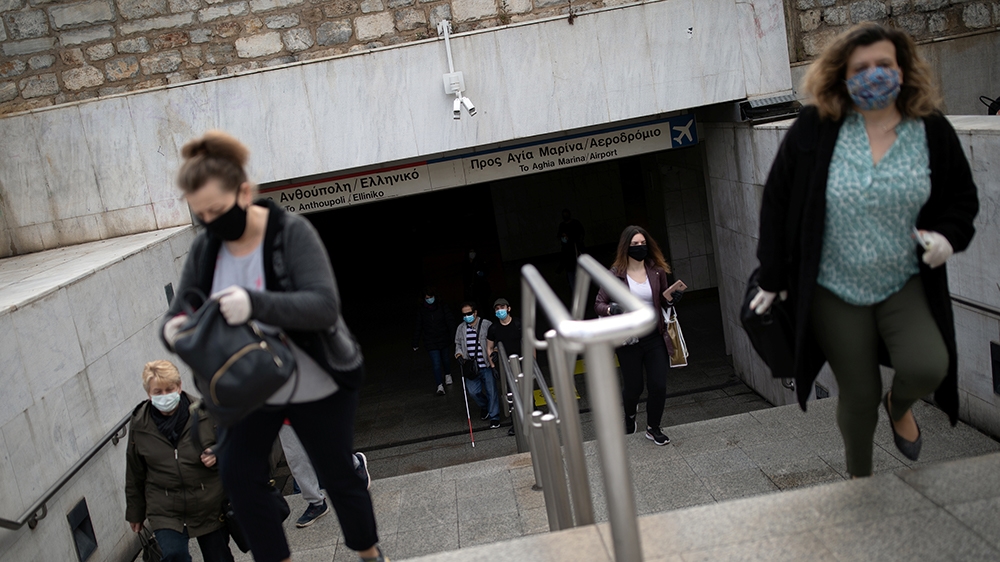 Some other countries in Europe also lifted restrictions on Monday.

The streets of the Greek capital Athens resounded with the noise of car horns after weeks of movement restrictions.

Some businesses have also opened as part of what authorities say will be a staggered reopening of the economy.

Barbershops and stores selling books, sporting goods, stationery, and other items can now open, albeit with strict hygiene and social distancing measures in place.

On Monday morning, Greek police carried out inspections on buses and at metro stations to make sure passengers were wearing the mandatory surgical masks, and in shops to check whether social distancing rules were being followed.

Business-to-business companies opened offices to employees again in Belgium, even though remote work is still encouraged. Those who work from offices need to respect social distancing or wear protective masks.

Textile shops selling cloth will open, too, because they are essential if people want to make their own protective masks. Those masks will also be mandatory on public transport, which will seek to reopen at full capacity. And people will be allowed to exercise and play sport with two others.

As Germany reported 76 new deaths on Sunday, its lowest number since March 31, children were allowed on Monday for the first time back to school. Barbershops were also set to open their doors after being closed for almost two months as part of the lockdown measures.

Portugal allowed small shops, salons and car dealers to resume business as well, but ordered facemasks to be worn in stores and on public transport. 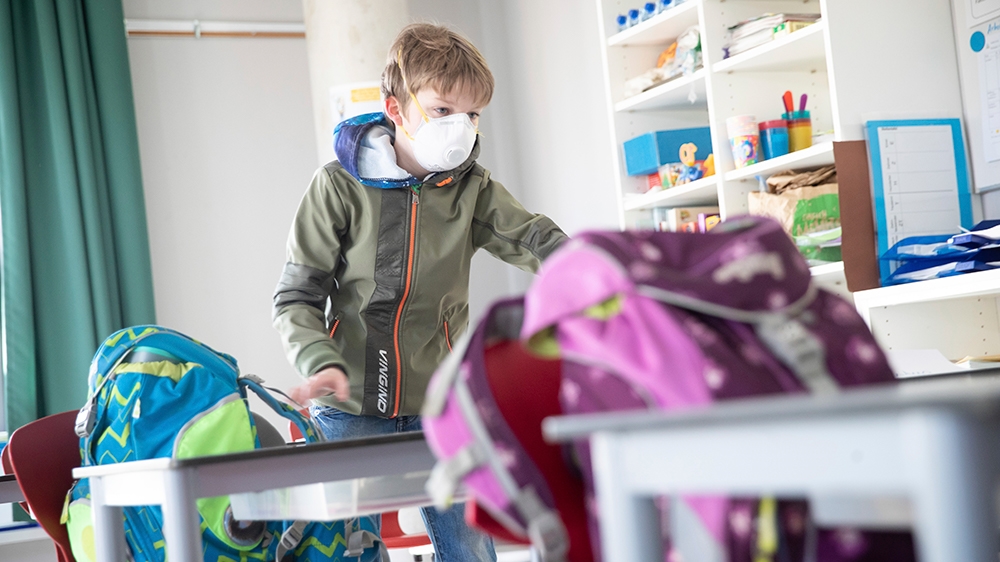