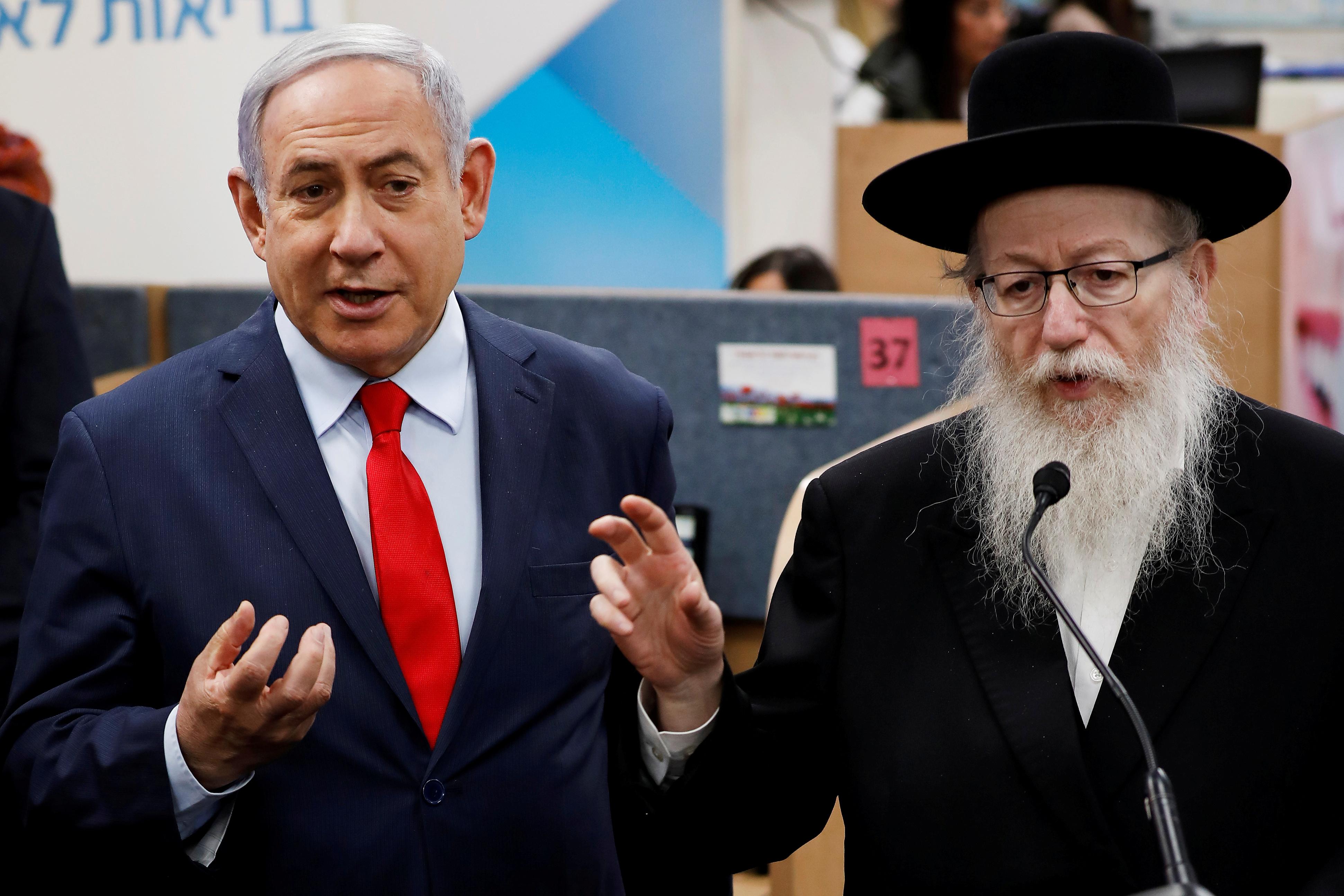 As a precaution, Netanyahu returned to self-isolation for six more days, they said. On Wednesday, he completed a quarantine following exposure two weeks ago to an infected aide.

In between the two periods, Netanyahu went on national TV to announce new measures to curb the epidemic. His previous negative coronavirus test was on Monday.

Health Minister Yaakov Litzman and his wife tested positive, officials said earlier on Thursday. Litzman, 71, has appeared regularly alongside the premier to give coronavirus updates.

Several other senior officials were also self-isolating due to contact with Litzman.

Among these were the head of Israel’s foreign intelligence agency Mossad, Joseph (Yossi) Cohen, who officials said also tested negative for coronavirus on Thursday. Israeli media said Cohen would self-isolate at Mossad headquarters for three days.

The Health Ministry’s director-general Moshe Bar-Siman-Tov announced via Twitter his own self-isolation at a facility at Sheba Medical Center in Tel Aviv.

Israeli regulations generally require 14-day self-isolation for anyone in proximity to a carrier, with the duration reduced for the days passed since the suspected exposure.

Israel has reported 34 deaths and more than 6,200 infections. Tight curbs have confined Israelis to their homes, forcing businesses to close and sending unemployment over 24%.

In a statement, the Health Ministry said Litzman and his wife were feeling well despite having the coronavirus.

Litzman heads an ultra-Orthodox Jewish party and has urged his community to obey curbs after some rabbis and members cast doubt on risks and chafed against stay-at-home orders.

Israeli officials describe the ultra-Orthodox as especially prone to contagion because their districts tend to be poor and congested.

Netanyahu announced new curbs on Wednesday to deter movement around Bnei Brak, an ultra-Orthodox Jewish town that has suffered a disproportionately large outbreak.

“The situation there is horrible. Every day we stall, we put lives at risk,” Litzman said in an interview published on Tuesday in the Yedioth Ahronot newspaper.