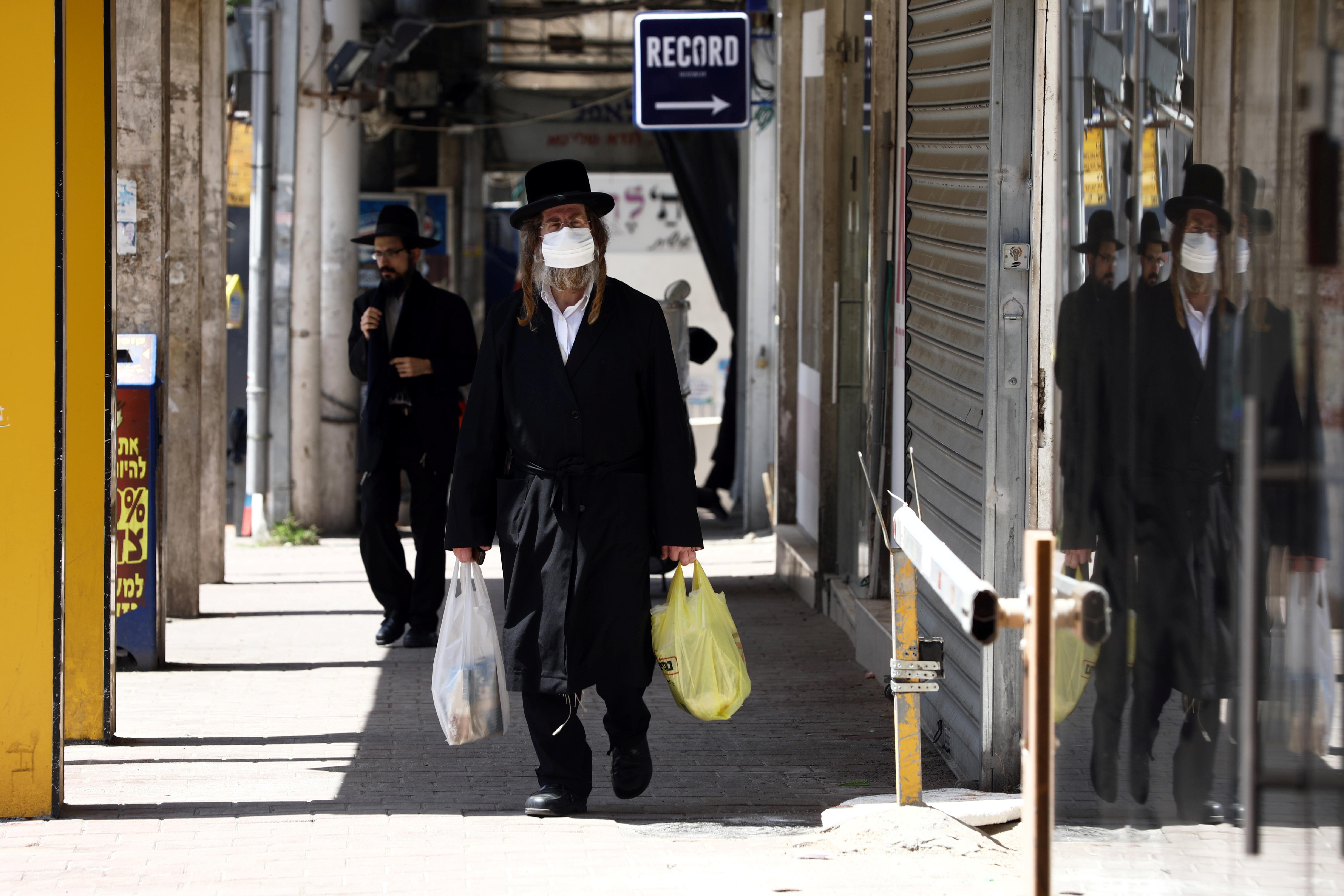 Emergency regulations approved by the cabinet late Thursday declared Bnei Brak, near Tel Aviv, a “restricted zone” due to its high rate of infections. The new designation allows authorities to tighten curbs on public movement.

Police units, wearing surgical masks and gloves, moved swiftly early on Friday to cordon off major intersections around the town and enforce the new rules.

“Bnei Brak is on lockdown, as of this morning, and police will prevent any movements in or out of the city,” police spokesman Micky Rosenfeld said.

“People are only allowed in or out for medical reasons or medical support,” he added.

Medical experts estimate that as many as 38% of Bnai Brak’s 200,000 residents are infected with coronavirus and that the town could soon account for as many as 30% of cases in Israel’s 8.7 million population.

This is due to Bnai Brak’s population density, which Israeli officials say is almost 100 times higher than the national average. Many residents are poor and some have heeded rabbis who, distrusting the state, spurned anti-virus measures.

With the elderly especially prone to the illness, Israel’s military plans to evacuate 4,500 people aged 80 and above in the town, and place them in isolation in hostels requisitioned by the armed forces.

Israel has reported at least 34 deaths and close to 7,000 cases of coronavirus. Tight curbs have confined Israelis to their homes, forcing businesses to close and sending unemployment over 24%.

In the Israeli-occupied West Bank, Palestinian President Mahmoud Abbas on Thursday night extended a state of emergency for another month, starting April 4. The order was issued by presidential decree last month after a coronavirus outbreak in Bethlehem which forced closure of the Church of the Nativity, the traditional birthplace of Jesus.