Mr Martin’s precarious position of leader of an equally precarious coalition could come rumbling down as TDs within his own party are eager to oust him in a “drastic” last-resort. A meeting of Fianna Fáil, of which Mr Martin is the leader, ended with extremely vocal criticism of his management style over the weekend. And a recent opinion poll by Red C published in the Business Post on Sunday revealed support for Mr Martins party, Fianna Fáil, has slumped to just 10 percent.

However, Mr Martin has dismissed the recent poll, saying he was not “into short-termism or opinion polls”.

Speaking to Irish broadcaster RTÉ, he added: “No government can run on opinion polls from month to month.

“Maybe if I have one fault, I do focus on policy a lot.

“I do focus on the substance of government decisions, and getting things done for future of the country.” 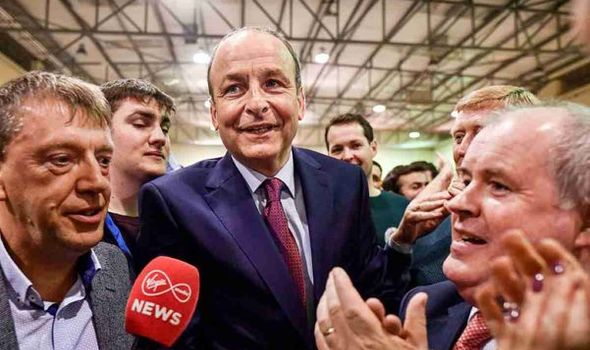 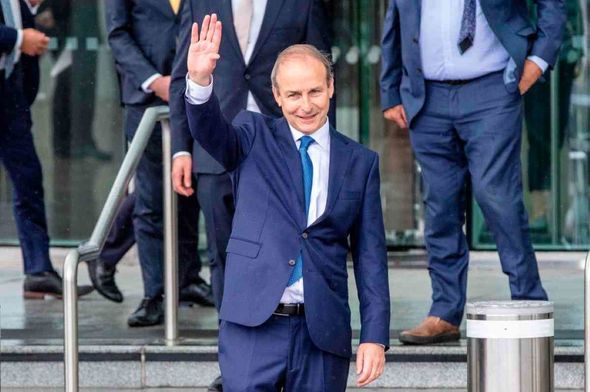 Fianna Fáil are lagging behind partners in government Fine Gael, who are on 35 percent, and Sinn Féin, who are on 27 percent.

Mr Martin’s own rating has slumped by five points.

Now members of his own party are considering a leadership challenge within the next six months.

Fianna Fáil members have said there are “a number of contenders” who would vie for Mr Martin’s position.

JUST IN: Starmer ridiculed as Labour MP struggles to name a single policy 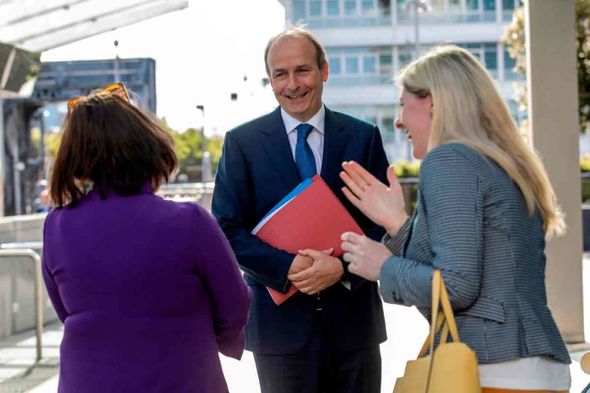 One party member spoke to the Irish Times and said: “It’s very serious for Fianna Fáil.

“The public have made up their minds on Micheál Martin as Taoiseach.”

Mr Martin has his defenders, one being Senator Ned O’Sullivan.

In support for the Fianna Fáil leader, Mr O’Sullivan tweeted: “75 percent of our membership voted in favour of going into government with FG and Green Party. 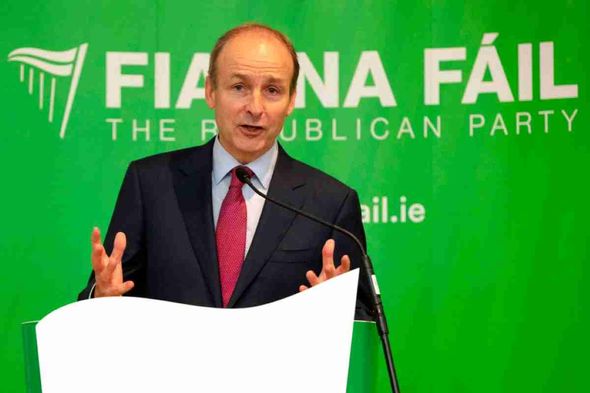 “Party unity and support for the leader has defined Fianna Fáil since 1926.

“This is a time for real patriotism, not defeatism.”

But, former minister Eamon Ó Cuív said the writing was on the wall for Mr Martin’s leadership.

He tweeted: “Looks like my prediction of there being two large parties but Fianna Fáil not being one of them is coming to pass.

“The threat is existential.

“Fianna Fáil won’t survive if we persist with the myth that the decline is simply due to external factors and not the party’s direction.”