National champion was executed on Saturday after Iran said he killed a security officer during 2018 demonstration. 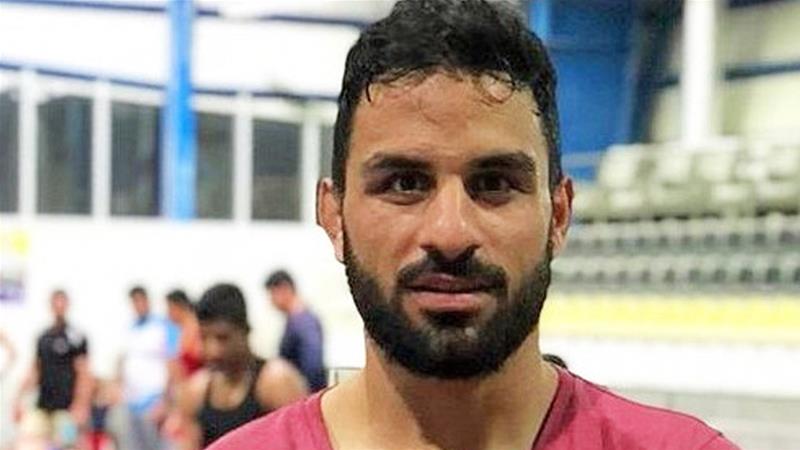 Iran’s government has distanced itself from the execution of wrestler Navid Afkari, who was executed over the weekend after being sentenced to death on charges of murder amid widespread criticism.

According to Iranian legal authorities, Afkari killed a security officer during a demonstration in Shiraz in 2018.

On Tuesday, Iran’s government spokesman Ali Rabiei said Afkari’s execution was ultimately a decision made by the family of the murder victim. The athlete’s execution took place on Saturday.

“This does not lie in the remit of the government,” Rabiei daily Etemad.

Iran said he had confessed but the athlete, his family and human rights organisations said the confession was obtained through torture. They said he was being especially targeted as a high-profile athlete who dared criticise the government.

On Tuesday, the International Olympic Committee (IOC) said it will not attempt to ban Iran from the Olympic movement despite international dismay at the execution.

The IOC said excluding Iran would “punish athletes” because of the political system they happen to live under.

This applies even more so in this case because the Iranian National Olympic Committee, it said, supported the IOC’s efforts to have Afkari spared.

“The difficulty for us is this execution didn’t relate to a sporting event,” veteran IOC Vice President John Coates told the Sydney Morning Herald paper.

“And the other difficulty is of course that there is probably 50 of the national Olympic committees that come from territories that still have capital punishment.

“We’ve had difficulties with the Iranians before in them not participating or pulling out of competition. They didn’t participate against Israel and we’ve suspended them in respect of those sporting violations before.

The UN human rights experts condemned the execution and raised the alarm that it was the latest “in a series of death penalty sentences handed down in the context of protests” in Iran.

“Such flagrant disregard for the right to life through summary executions is not only a matter of domestic concern,” said the UN experts’ statement on Monday.

The European Union and the United States have been among those to voice anger at the execution.

“The European Union is opposed to the death penalty under all circumstances and cases with no exception,” a spokesman for EU foreign policy chief Josep Borrell said in a statement on Monday.

“Human rights remain a central feature of our engagement with Iran. We will continue to engage with Iranian authorities on this issue including through the local EU representation in Tehran and also on individual cases such as this recent execution.”