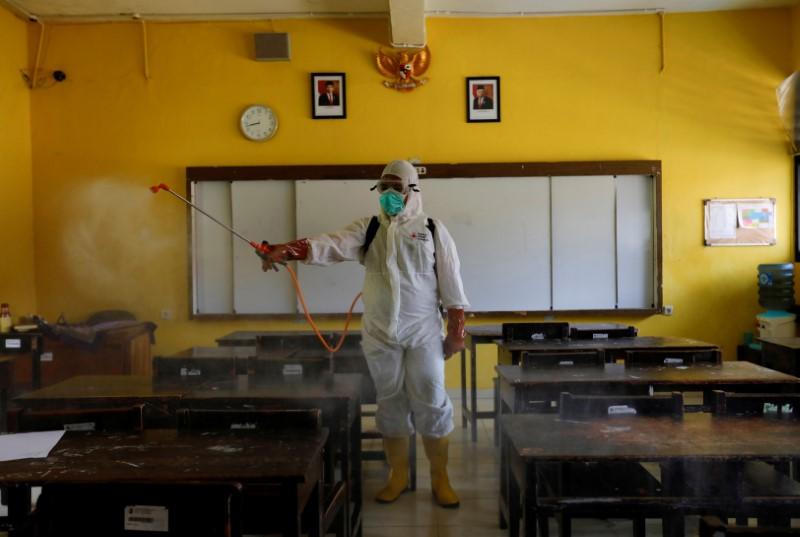 JAKARTA (Reuters) – Indonesia has canceled the country’s upcoming National Examination over concerns about the spread of coronavirus, a move that will affect more than eight million high school students, education minister Nadiem Makarim said on Tuesday.

The decision came as the Southeast Asian country announced its biggest daily rise in coronavirus cases, bringing the total number of people infected to 686, with 55 deaths.

“What’s most important is the safety and the health of our students and their family and their grandparents,” Makarim said during a televised broadcast.

The national exams had been due to be held in two phases, starting on March 30 and April 20.

Makarim, the former chief executive and co-founder of ride-hailing and payments giant Gojek, said exams held by individual schools – which are separate from the national exams – could be conducted online, while students could also be assessed based on their grades in earlier semesters.

Some Indonesian provinces have already shut schools due to the coronavirus outbreak including West Java, the country’s most populous province with almost 50 million people, and Jakarta which has declared a state of emergency in the capital.