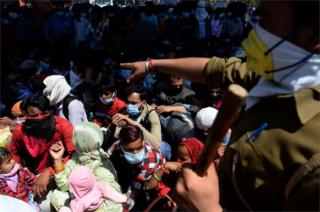 India’s prime minister has asked for his country’s forgiveness after imposing a sweeping lockdown that he said had hurt millions of poor people.

Criticism has mounted over the lack of planning ahead of the coronavirus shutdown, which was introduced with less than four hours’ notice.

Many of India’s 1.3 billion citizens have been left jobless and hungry.

Tens of thousands of migrant labourers have been forced to walk hundreds of kilometres to their native villages.

In his weekly radio address PM Narendra Modi apologised for the impact of the strict stay-home-home measures.

But he said there was “no other way” to stop the rapid spread of the virus.

“Especially when I look at my poor brothers and sisters, I definitely feel that they must be thinking, what kind of prime minister is this who has placed us in this difficulty?

“I especially seek their forgiveness,” he said.

“Possibly many would be angry at me for being locked in their homes.

“I understand your troubles but there was no other way to wage war against coronavirus… It is a battle of life and death and we have to win it.” 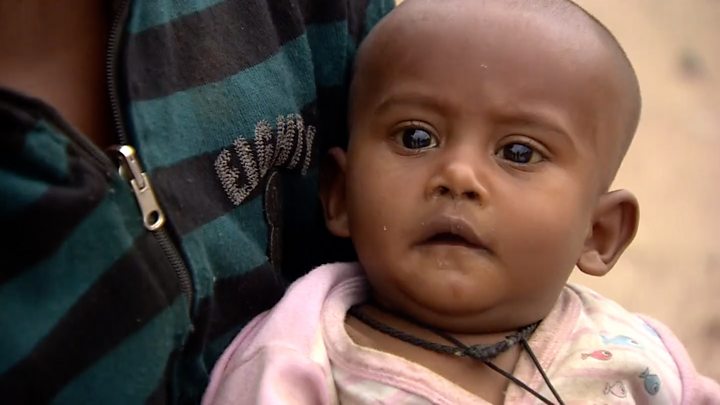 People are banned from leaving their homes for three weeks under the “total lockdown” measures announced on Tuesday. All non-essential businesses have been closed and almost all public gatherings are banned.

It has sparked an exodus from major cities such as Delhi, where thousands of migrant workers are setting out on long journeys back to their home villages after transport was stopped.

One worker died on Saturday after he attempted to walk a 168 mile (270km) journey back home, a police officials told Reuters news agency.

India announced a $22bn (£19bn) bailout for the country’s poor on Tuesday, including free food and cash handouts, but there are concerns this might not reach those most in need.

In an opinion piece published on Sunday, Abhijit Banerjee and Esther Duflo – two of the three winners of the Nobel Prize in Economics in 2019 – said even more aid for the poor was needed.

“Without that, the demand crisis will snowball into an economic avalanche, and people will have no choice but to defy orders,” they wrote in the Indian Express.

India has reported about 1,000 cases of coronavirus and 25 deaths.

However, experts worry that the real number of infections could be far higher. India has one of the lowest testing rates in the world, although efforts are under way to ramp up capacity.

There are fears that an outbreak in the country – one of the world’s most densely populated – could result in a catastrophe.

The country’s economy was already in the midst of a severe slowdown before the country went into lockdown.