India marked a grim milestone in the COVID-19 pandemic on Thursday, reporting 314,835 new daily cases, the highest one-day tally anywhere, as its second wave and similar surges elsewhere raised new fears about the ability of health services to cope. Hospitals across northern and western India including the capital, New Delhi, have issued notices to say they have only a few hours of medical oxygen required to keep COVID-19 patients alive. Professor Srinath Reddy said it is expected the “triple mutant” strain will be tracked elsewhere.

Speaking to BBC Radio 4’s Today programme, Mr Reddy said: “A double mutant was first reported with features that were previously noted in Brazil and South Africa and then in California.

“Another mutant has been described and found in other parts of India.

“While the double mutant has been noted in more than 20 countries, this triple mutant which has just been described has been tracked in India and I’m sure it will be tracked elsewhere too.

“But how dangerous is it and how it can escape vaccine potential? 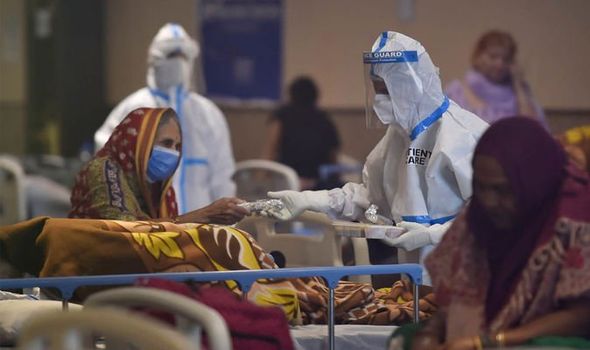 “It ought to be studied but certainly, it does appear that this is now ramping up the cases.”

More than two-thirds of hospitals had no vacant beds, according to the Delhi government’s online data base and doctors advised patients to stay at home.

“The situation is very critical,” Dr Kirit Gadhvi, president of the Medical Association in the western city of Ahmedabad, told Reuters.

“Patients are struggling to get beds in COVID-19 hospitals. There is especially acute shortage of oxygen.”

Krutika Kuppalli, assistant professor at the Division of Infectious Diseases, Medical University of South Carolina in the United States, said on Twitter the crisis was leading to a collapse of the healthcare system.

The previous record one-day rise in cases was held by the United States, which had 297,430 new cases on one day in January, though its tally has since fallen sharply.

Television showed images of people with empty oxygen cylinders crowding refilling facilities in the most populous state of Uttar Pradesh as they scrambled to save relatives in hospital. 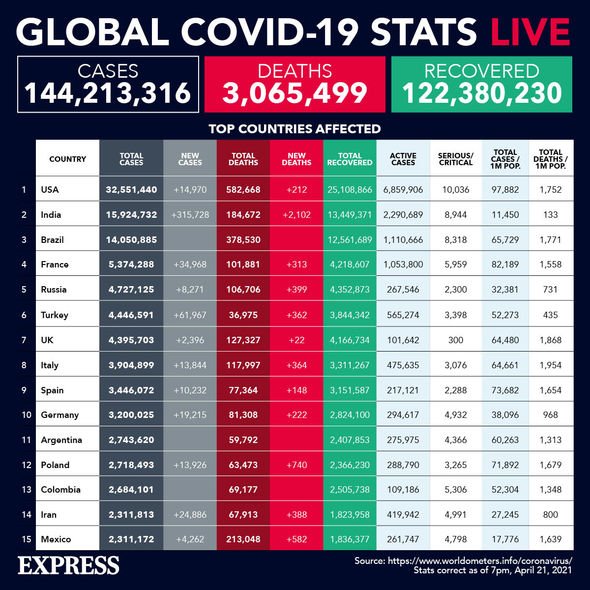 “We never thought a second wave would hit us so hard,” Kiran Mazumdar Shaw, the executive chairman of Biocon & Biocon Biologics, an Indian healthcare firm, wrote in the Economic Times.

Delhi Health Minister Satyendar Jain said there was a crisis over the shortage of intensive care unit beds, with the city needing about 5,000 more than it could find. Some hospitals had enough oxygen to last 10 hours, others just six.

“We can’t call this a comfortable situation,” he told reporters.

Similar surges of infections elsewhere around the world, in South America in particular, are threatening to overwhelm other health services.