PORT-AU-PRINCE/HAVANA (Reuters) – Every day, Fontus Pierre Raymond wakes up at the crack of dawn to get in line to fill buckets of water at the communal tap in his densely-packed Port-au-Prince shantytown so that his mother and seven younger siblings can wash before work and school. 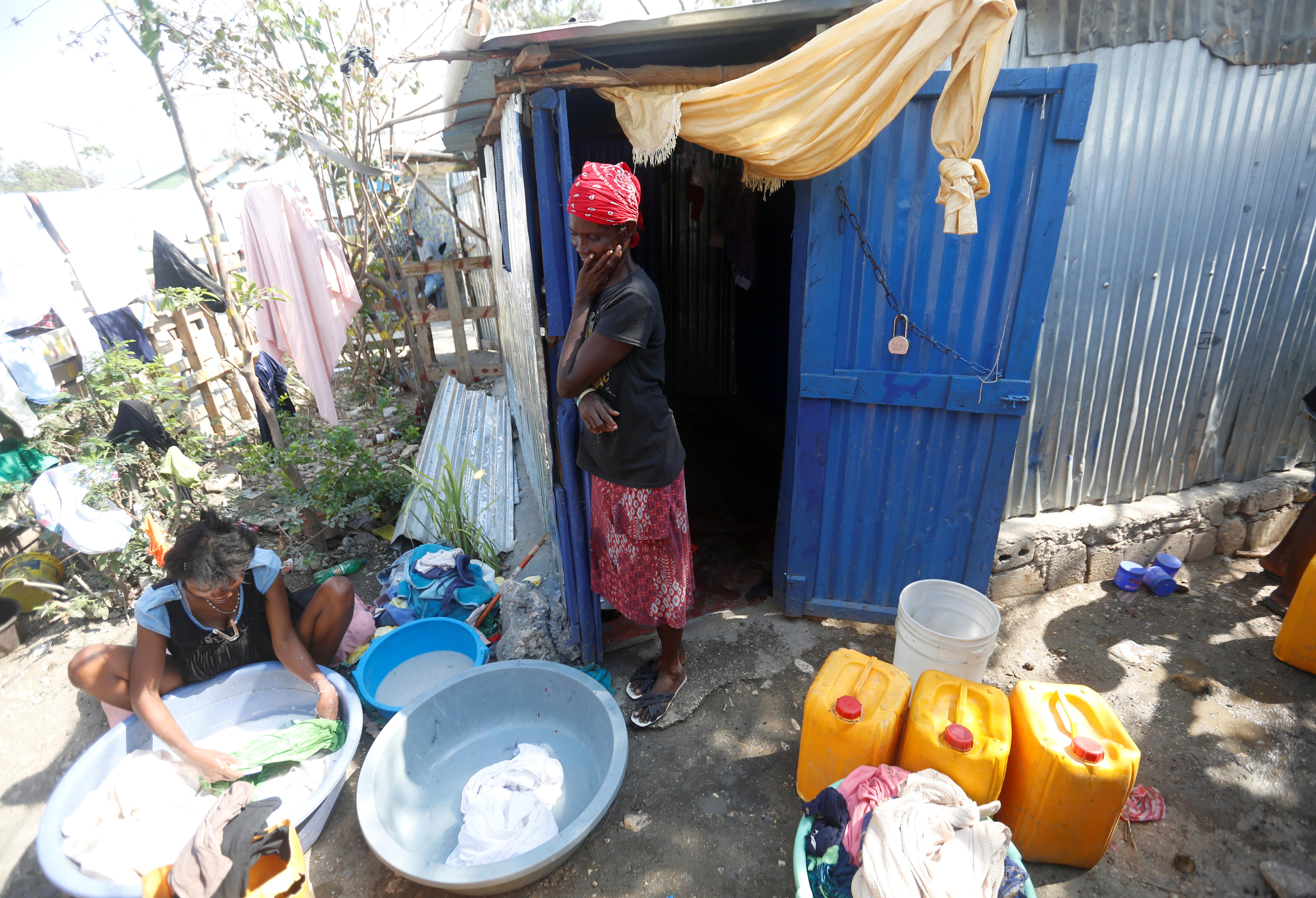 Often, though, it runs dry and the 24-year-old has to trudge further to a cistern with dirtier water. So he wonders how he is supposed to follow the recommended hygiene measures to stave off the deadly new coronavirus, like frequently washing hands and social distancing.

Millions across Latin America face a similar dilemma. While underinvestment in infrastructure has long been a problem in certain parts of the region, the spread of the highly contagious disease makes poor access to water a matter of life or death.

The situation in Haiti, the poorest country in the Americas, is the most dire by far. Most homes do not receive piped water and rely instead on communal taps, water trucks or often contaminated springs.

Less than a quarter of households have basic handwashing facilities with water and soap, according to data compiled by the United Nations.

“Since they announced the pandemic (in Haiti two weeks ago), the tap has had water twice,” said Mimose Pierre Raymond, 44, Fontus’ mother. “But we can spend weeks without water.”

Haiti has only confirmed 18 cases to date, but experts fear the COVID-19 respiratory disease caused by the virus would be more deadly there than other countries if it took hold given the widespread malnutrition and its overburdened healthcare system.

Water supply coverage is, on average, better in Latin America than in Africa and Asia, according to United Nations national data, but many countries are still facing difficulties. While Haiti’s water system has always been underdeveloped, that of the once-prosperous nearby Venezuela has crumbled in tandem with the economy, following years of underinvestment and widespread allegations that officials stole public funds.

“We can spend months without (running) water,” said Maria Dolores, a pensioner wearing a face mask and plastic gloves as she lined up to fill buckets with water from a street hydrant in a working-class neighborhood of Caracas.

In middle-class neighborhoods, many homes have tanks that store water when it sporadically comes in through the pipes. Even then, it often is not enough.

“I have a tank at home that holds 500 to 600 liters and already that’s not enough when there’s no running water for three weeks,” said Ivan Mersly, filling up containers with water at a local cistern and carrying it home on a skateboard.

Meanwhile in Communist-run Cuba, authorities say below-average rains this year are exacerbating existing water supply problems such as leaks that cause it to lose as much as 50 percent of the water pumped from its reservoirs.

Around half a million residents are facing challenges in water supply, with Havana particularly affected, said Antonio Rodríguez, the head of the Cuban National Institute of Hydraulic Resources, last month in a televised roundtable on coronavirus prevention preparedness.

Some countries are innovating stop-gap measures to alleviate their water woes in view of the pandemic.

Cash-strapped Haitian authorities have installed some handwashing points in public squares, markets and state institutions, although many neighborhoods like Pierre Raymond’s have to rely on private initiatives.

“The government is responsible but has not done one here so I did one,” said community leader Ralph Apollon who has installed a tank with chlorinated water on the side of his house so his neighbors can wash their hands.

Other countries like Cuba, which has confirmed 269 cases of the new virus so far, say they are speeding up planned infrastructure projects like the installation of desalination plants. Yet locals fear that will take time.

“I’m really worried,” said Jose Raul Fernandez, 46, an electrician who lives in Center Havana. “Authorities are asking us to follow hygiene measures due to the coronavirus, but without sufficient water, it’s just impossible.”