Temperatures exceeded 40C in some places on Tuesday, with the humidity swamping the entire country. And amid the crazy heat, the nation was trying anything possible to keep themselves and their homes cool, including one potentially catastrophic idea which included ice cubes. The hack, which was filmed for social media app TikTok, showed users attempting to create their own air conditioning system by strapping bags of ice to the electronic fans. But, instead of producing cold air, the outcome could be far worse, one charity has said.

It is urging anyone who sees the videos to simply ignore them.

“Tying a bag of ice to a fan is very risky as it could destabilise the fan which may make it fall over, causing the blades to hit the guard and put the motor under additional strain, as well as potentially breaking your fan altogether. 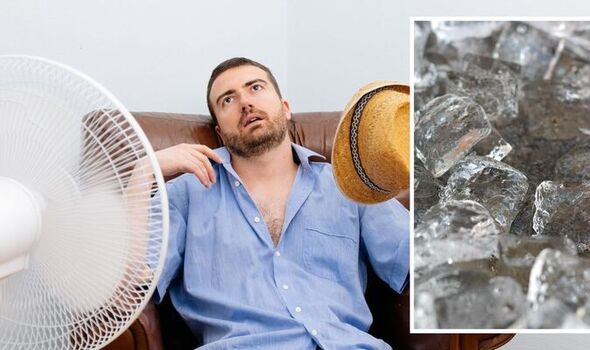 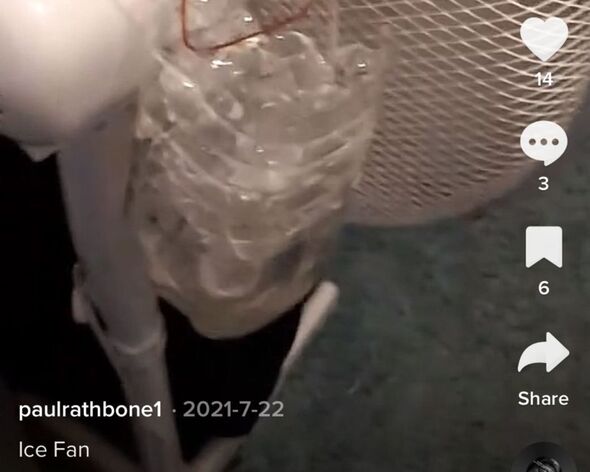 “However, most importantly, the water that melts from the bag has a chance of coming into contact with the motor and causing an electric shock risk to anyone touching the fan.”

Fans are often a controversial cooling down device as, especially, in 40C conditions, they can often blow around hot air.

This is why some people opt to put bowls of ice cubes in front of it, in a bid to get cold air circulating.

This is generally fine, as long as the ice is not too close to the fan, or the fan is not at risk of falling into the bowl. 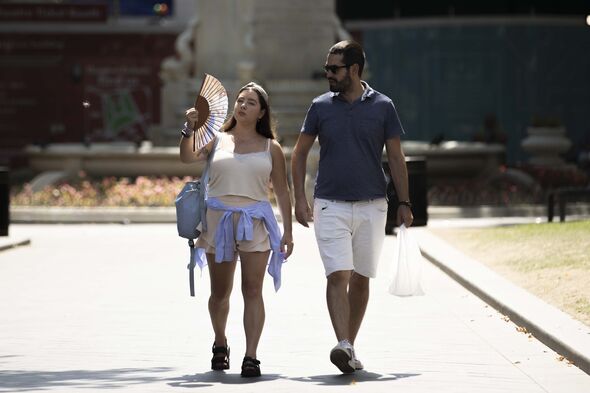 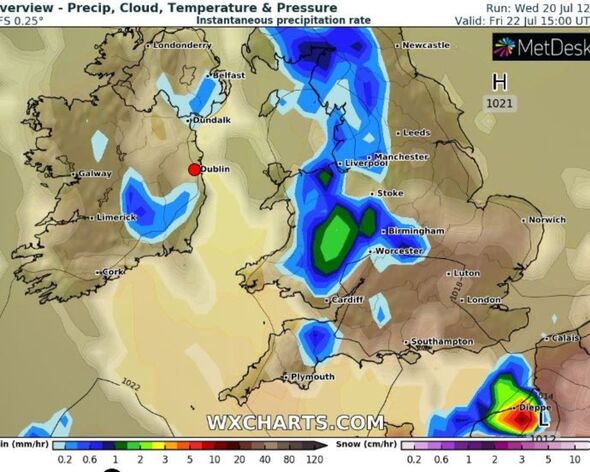 The charity says people should not balance their fans on unstable surfaces, or on the edge of ledges, and keep them free of dust.

They should be bought from reputable sellers and when switched on, they should not be left active overnight in case they develop a fault.

If a fault occurs when someone is sleeping it will go undetected and could also escalate.

The good news is many people will be starting to ditch their fans for the rest of this week at least, as much cooler temperatures are predicted.

Met Office chief forecaster Dan Suri said: “Now that the extreme heat is behind us, the UK can look forward to more typical conditions.

“The introduction of moister air from the Atlantic is triggering the risk of thunderstorms and heavy showers for parts of the UK.

“Northern and western parts of the UK are set to experience relatively fresher conditions as it turns breezier and wetter here over the weekend.”

Next week the risk of rain and thunderstorms remain.