Four systems are currently churning over the South Indian Ocean and the South Pacific Ocean. The Joint Typhoon Warning Center (JTWC) has warned that for some of these systems tropical cyclone formation could be possible in the coming days.

Where is there cyclone activity right now?

In its latest notice, the JTWC state the “formation of a significant tropical cyclone is possible” for a system currently classed as 90P. 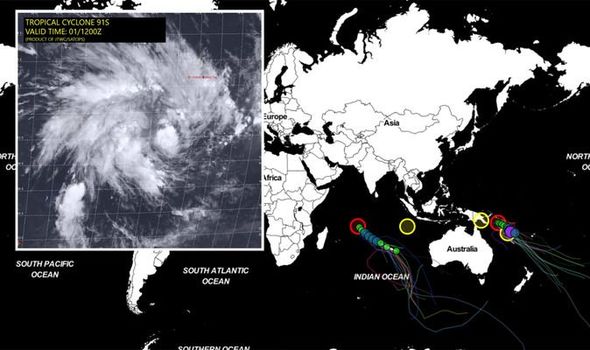 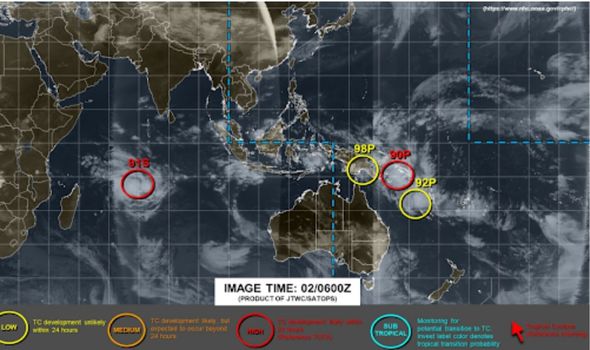 System 91S is also under a Tropical Cyclone Formation Alert by the JTWC.

The JTWC notes: “Global models are in good agreement that 91S will track southeastward, becoming more symmetric and intensifying within the next 36 hours.”

Two other systems, 92P and 98P are also being monitored.

According to Cyclocane, 98P was located approximately 108 miles (94 nautical miles) northwest of Port Moresby, Papua New Guinea as of the latest advisory. 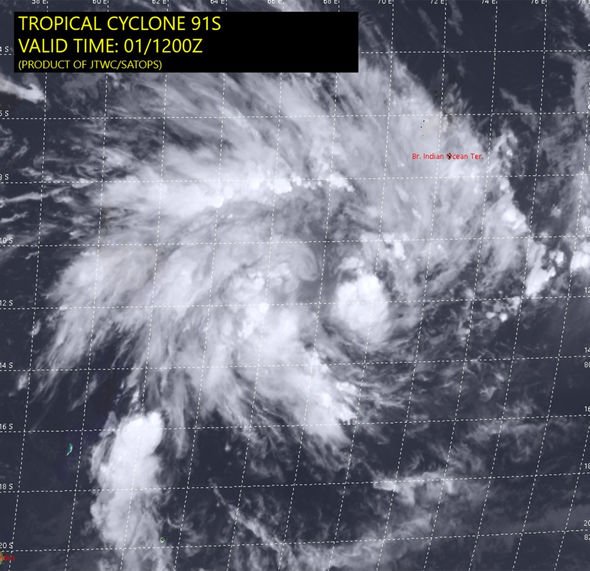 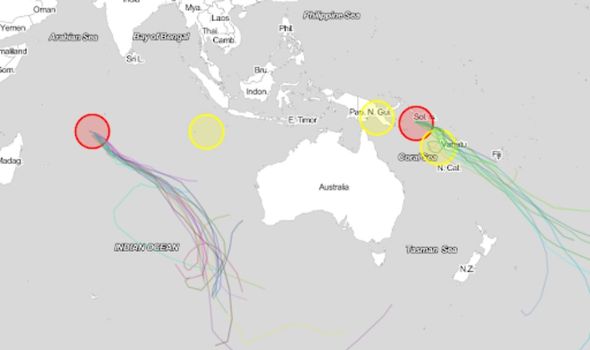 When is the Atlantic hurricane season?

The Atlantic hurricane season is due to start in a few months time, and typically runs between June and November every year.

The 2019 Atlantic hurricane season marked a year of above-average activity and was one of the most active seasons on modern record.

According to AccuWeather, the 2020 Atlantic hurricane season is forecast to be “above-normal”.

“On a normal year, we have around 12 storms, six hurricanes and roughly three major hurricanes.” 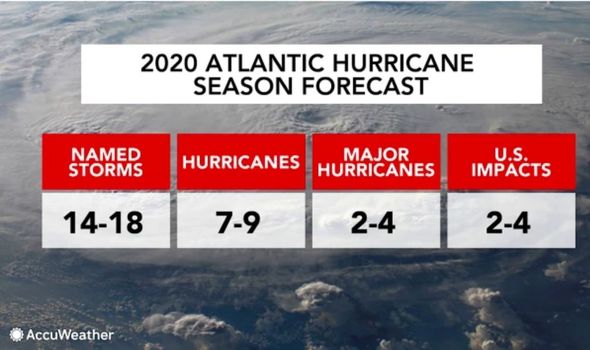 Mr Kottlowksi added: “Forecasts will give you an idea of how active it might be, but all it takes is one storm to make landfall in your area to cause serious and life-threatening problems.

“Go back to last year with Dorian and Imelda.

“This year, more than likely, we’ll get hit with one or two big storms and we don’t know specifically where that is, so if you live near a coast or on an island, have a hurricane plan in place.”