The Gulf of Mexico is brewing another potential storm, only a week after Storm Arthur hit American shores. The weather shows no sign of letting up, with the beginnings of another storm found by meteorologists.

Still unnamed, a tropical development is taking place in the Gulf of Mexico, usually the favoured area for storm development in June.

It could develop from something called a Central American Gyre, otherwise known as a CAG.

A gyre is a large, broad area of low pressure that often forms in late spring and early autumn.

They usually form over Central America and the western Caribbean Sea. 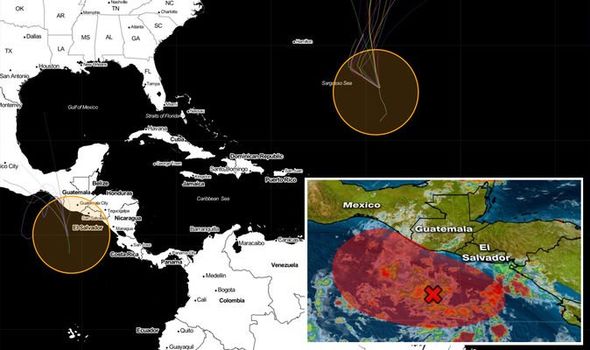 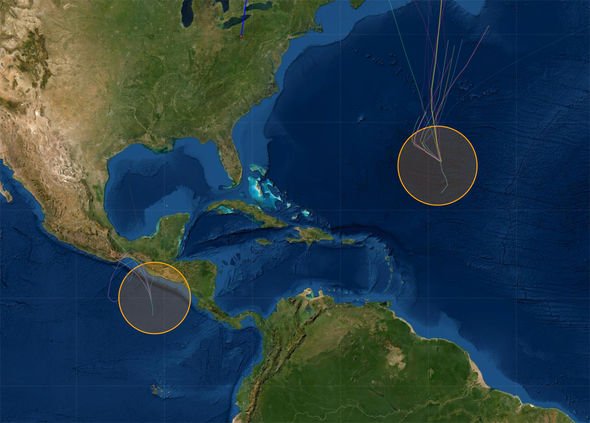 Meteorologists have discovered this CAG is developing now, and will eventually make its way towards far southeast Mexico and Central America next week.

The National Hurricane Center (NHC) has assigned a high chance this area may develop over the next five days.

If the system does develop, some forecast models suggest it could be drawn slowly north-northwest into southeast Mexico or Guatemala this weekend or early next week.

CAG’s are notorious for producing flash floods and devastation. 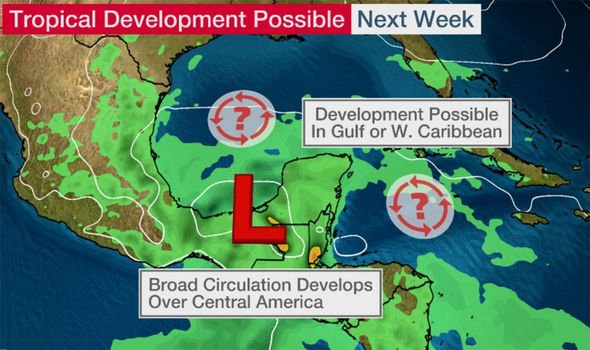 “This disturbance is expected to move slowly northward toward Central America and southern Mexico during the next couple of days.

Regardless of development, this system is expected to produce heavy rainfall over portions of Central America and southern Mexico this weekend and early next week.

“These rains could cause life-threatening flash floods and mudslides, especially in areas of mountainous terrain.

This is particularly the case if an eastern Pacific tropical depression or storm forms, in which case torrential rain is possible in parts of El Salvador, Honduras, Nicaragua, Guatemala and southeast Mexico.

Unfortunately, these areas are no strangers to the devastation these storms can be.

In early October 2017, a CAG spawned Hurricane Nate, which made a Category 1 landfall along the Mississippi Gulf Coast.

Some parts of Costa Rica picked up ten to 19 inches of rain.

Flooding and mudslides killed 44 people and destroyed thousands of homes, particularly in Costa Rica and Nicaragua, according to the National Hurricane Center’s final report.

Meanwhile, in the Atlantic, the NHC is reporting a 50 percent chance another cyclone is brewing. 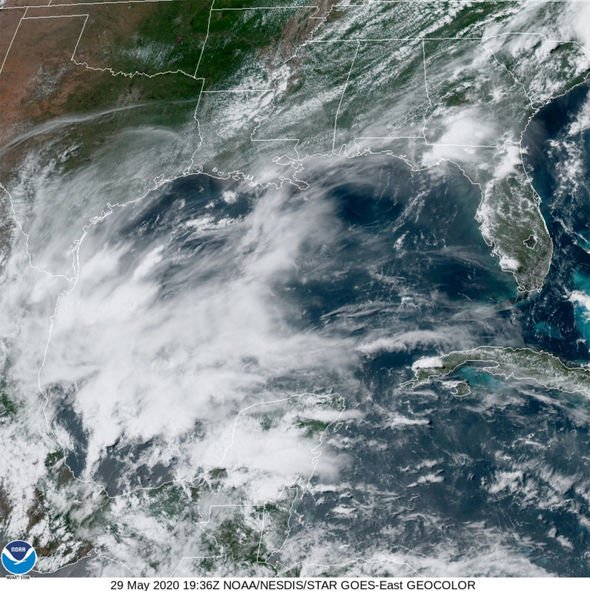 Ken Hutton is worried Great Abaco Island in the Bahamas where he lives is far from rebuilt after being devastated by Hurricane Dorian last year yet he is bracing for another hurricane season in the midst of the coronavirus pandemic.

The business consultant feels lucky to have survived Dorian, which tore the hurricane shutters off his house and sucked out the windows.

He told Reuters: “We are still in no position to be ready for another hurricane.”

“There are lots of people walking around here now with post-traumatic stress disorder,” he said.

Two named storms have already taken place before hurricane season has even begun, starting on June 1.

If the new storm comes to fruition, it will be named Hurricane Cristobel.

The NHC said: “A broad area of low pressure appears to be developing over the central Atlantic Ocean several hundred miles east-southeast of Bermuda.”

“This disturbance is producing a large area of showers and thunderstorms and gusty winds.

“Additional development of this system is possible, and a subtropical depression could form tonight or on Saturday as it moves generally northward.

“Development is not expected after that time due to unfavorable environmental conditions.”