LAKE CHARLES, La. (Reuters) – Hurricane Laura tore through Louisiana on Thursday, killing six people and flattening buildings across a wide swatch of the state before moving into Arkansas with heavy rains.

Laura’s powerful gusts uprooted trees – and four people were crushed to death in separate incidents of trees falling on homes. The state’s department of health said late Thursday that there were two more fatalities attributed to the hurricane – a man who drowned while aboard a sinking boat and a man who had carbon monoxide poisoning caused by a generator in his home.

In Westlake, a chemical plant caught fire when hit by Laura, and the flames continued to send a chlorine-infused plume of smoke skyward nearly 24 hours after landfall.

Laura caused less mayhem than forecasts predicted – but officials said it remained a dangerous storm and that it would take days to assess the damage. At least 867,000 homes and businesses in Louisiana, Texas and Arkansas remained without power on Thursday afternoon.

“This was the most powerful storm to ever make landfall in Louisiana,” Governor John Bel Edwards told a news conference. “It’s continuing to cause damage and life-threatening conditions.”

The NHC said Laura’s eye had crossed into southern Arkansas late Thursday afternoon and was heading to the northeast at 15 mph (24 kph). The storm could dump 7 inches (178 mm) of rain on portions of Arkansas, likely causing flash floods.

Laura was downgraded to a tropical depression by the NHC at 10 p.m., and the forecaster said it will move to the mid-Mississippi Valley later on Friday and then to the mid-Atlantic states on Saturday.

Laura’s howling winds leveled buildings across a wide swath of the state and a wall of water that was 15 feet (4.6 m) high crashed into tiny Cameron, Louisiana, where the hurricane made landfall around 1 a.m. 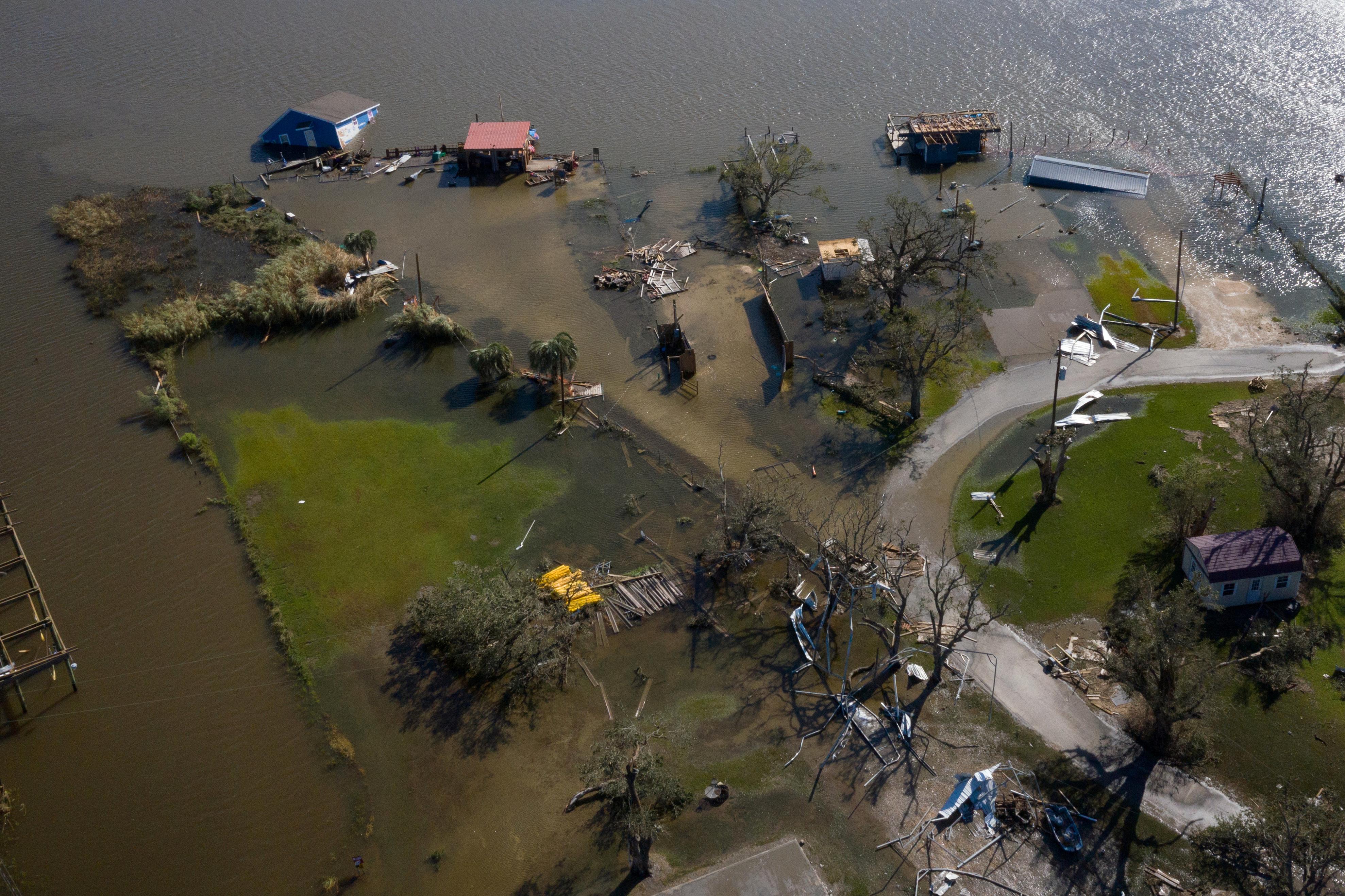 A calamitous 20-foot storm surge that had been forecast to move 40 miles (64 km) inland was avoided when Laura tacked east just before landfall, Edwards said. That meant a mighty gush of water was not fully pushed up the Calcasieu Ship Channel, which would have given the storm surge an easy path far inland.

Tropical-force winds were felt in nearly every parish across Louisiana – and Edwards warned that the death toll could climb as search and rescue missions increase.

Residents of Lake Charles heard Laura’s winds and the sound of breaking glass as the storm passed through the city of 78,000 with winds of 85 mph and gusts up to 128 mph in the hour after landfall.

National Guard troops cleared debris from roads in Lake Charles on Thursday afternoon. There were downed power lines in streets around the city, and the winds tipped a few semi-trucks onto their sides.

The windows of the city’s 22-storey Capital One Tower were blown out, street signs were toppled and pieces of wooden fence and debris from collapsed buildings lay scattered in the flooded streets, video footage on Twitter and Snapchat showed. 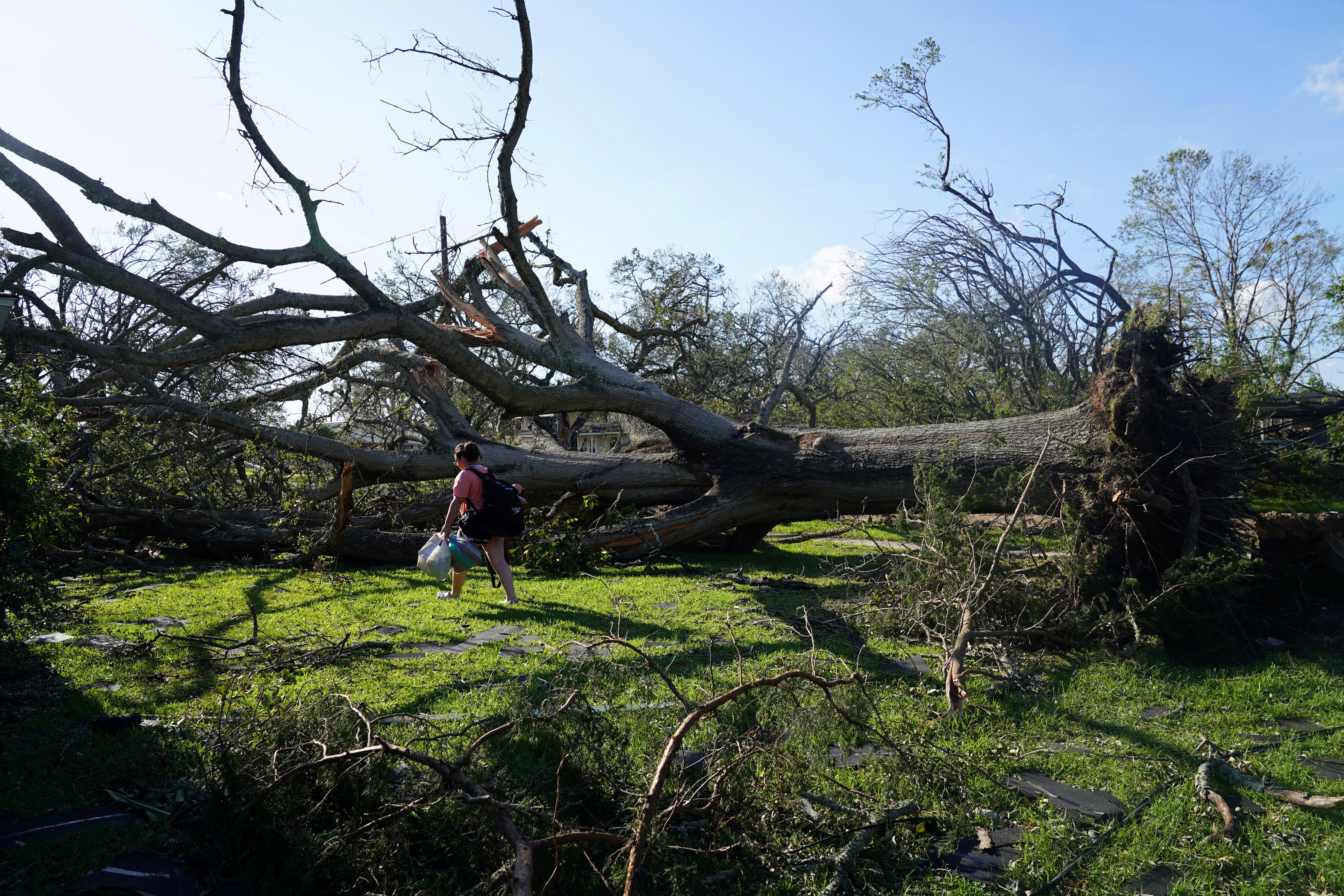 Lake Charles resident Borden Wilson, a 33-year-old pediatrician, was anxious about his return home after evacuating to Minden, Louisiana.

“I never even boarded up my windows. I didn’t think to do that. This is the first hurricane I’ve experienced. I just hope my house is fine,” he said in a telephone interview.