Hurricane Laura has made landfall in Louisiana as the “life-threatening” Category 4 Storm takes its toll on the US mainland. Earlier footage captured from a US satellite showed the powerful hurricane “bursting with lightning” as it approached the Gulf Coast. In just 24 hours the storm had grown by nearly 90 percent in power, prompting “apocalyptic” warnings from weather experts.

The bursts of lightning seen erupting across the storm clouds of Hurricane Laura in satellite imagery was posted by the National Oceanic and Atmospheric Administration (NOAA) on Wednesday morning.

The lightning spotted from space inside the hurricane is a sign of an “extreme storm” according to officials.

Government officials claim Hurricane Laura is expected to carry an overwhelming, “catastrophic” storm surge of up to 20 feet in some areas.

The National Hurricane Center (NHC) has warned that the storm surge would be “unsurvivable”. 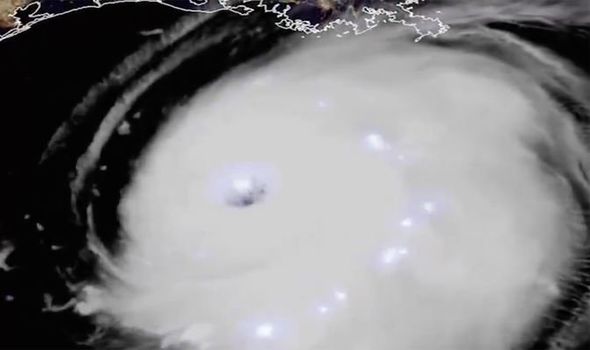 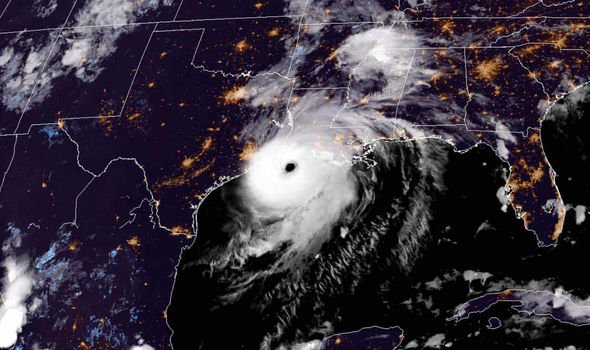 The storm dramatically jumped from a Category 1 on Tuesday to a high-end Category 4 on Wednesday night with maximum sustained wind speeds of 150 miles per hour.

If Hurricane Laura maintains those speeds it would become one of the strongest storms to ever hit the US Gulf Coast.

Hurricane Laura would become a Category 5 hurricane once its winds exceed 157 mph, which could render badly-hit areas “uninhabitable for weeks or months”.

Louisiana Governor John Bel Edwards told The Weather Channel that Hurricane Laura was “shaping up to be just a tremendous storm”. 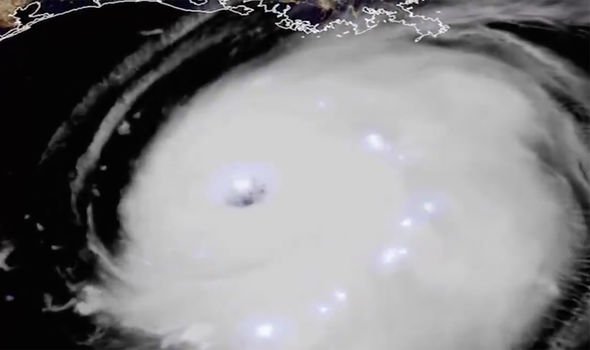 He cited the “apocalyptic” language that meteorologists had been using to describe the storm and its impact.

“They’re sending the strongest possible message about how serious this storm is.” 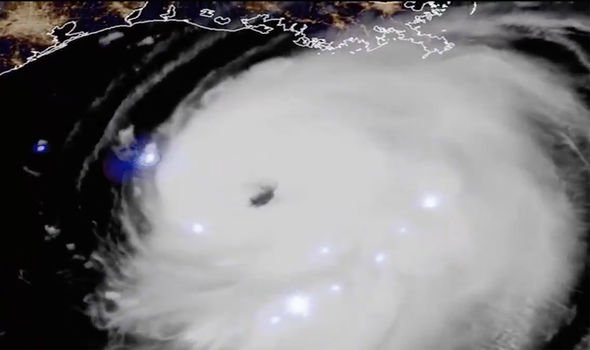 Around half a million residents have been told to evacuate parts of Texas and Louisiana while 100,000 households and businesses are without power in both states

The NHC warned any residents remaining in or near the path of the storm to “take action now to protect your life in a reinforced interior room away from windows”.

Well-built homes could incur major damage, trees could be snapped or uprooted and electricity and water would be unavailable for days or even weeks.